President Trump recently doubled down on his criticism of Adam Schiff and Nancy Pelosi as Democrats continue to pursue impeachment. While speaking to reporters Wednesday, the president called the House Intelligence Committee chairman a “loser” and said House Speaker Pelosi’s career is in jeopardy for agreeing with Schiff.

This comes as Schiff and House Democrats claim the president committed bribery in his communications with Ukraine. President Trump has repeatedly criticized Democrats by accusing them of engaging in a politically motivated attack to undo the results of the 2016 election.

“It’s a disgrace, you have a loser…the guys a stone cold loser, has been all his life, Adam Schiff, and then you have Nancy Pelosi who agreed with what he said which put her into real jeopardy,” he stated. “And frankly, it’s a bad thing for the country.”

The president went on to say the impeachment inquiry is hurting the U.S., and he questioned whether Democrats care about the country at all. His comments came as the House Judiciary Committee kicked off their public impeachment hearings.

On Wednesday, an expert legal witness called the impeachment inquiry of the president “woefully inadequate.” In his opening statement, George Washington University law professor Jonathan Turley expressed his concerns about the integrity of the impeachment process. He called it dangerous and also criticized the Democrats’ approach to the matter as wrong, because it was quickly put together with a relatively small number of witnesses with largely second hand knowledge of the position. 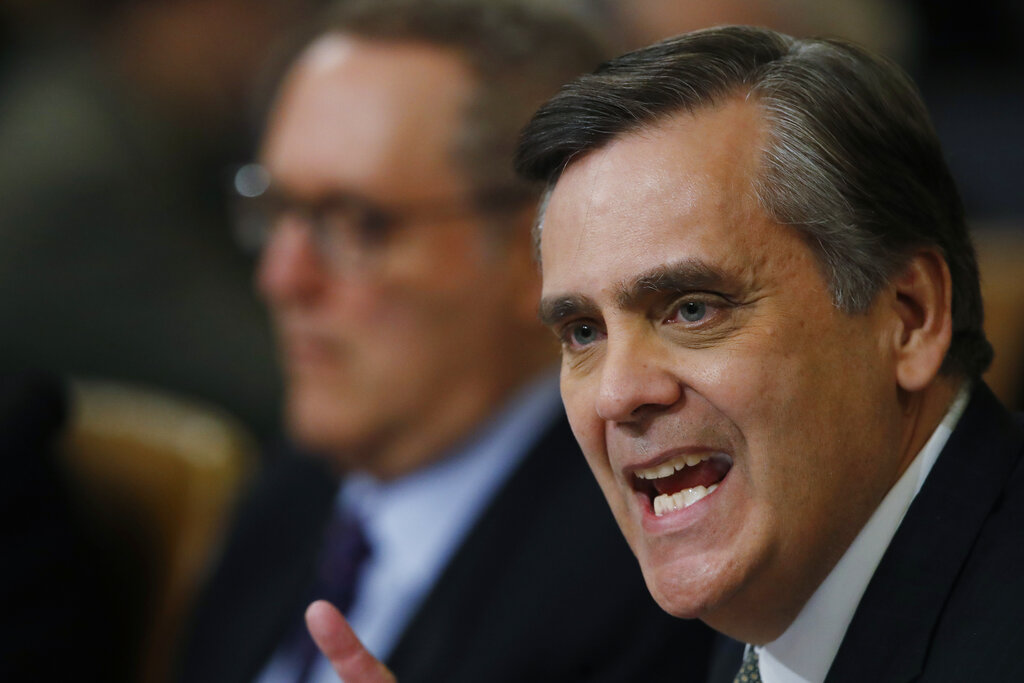 “This would be the first impeachment in history where there would be considerable debate and, in my view, not compelling evidence of the commission of a crime,” explained the professor. “Second is the abbreviated period of this investigation, which is probability and puzzling — this is a facially incomplete and inadequate record in order to impeach a president.”

Turley, the only GOP witness, added that if the impeachment went through then it would set a dangerous precedent for future presidents.