Gosar censure a cartoonish episode of Hill dysfunction and hostility 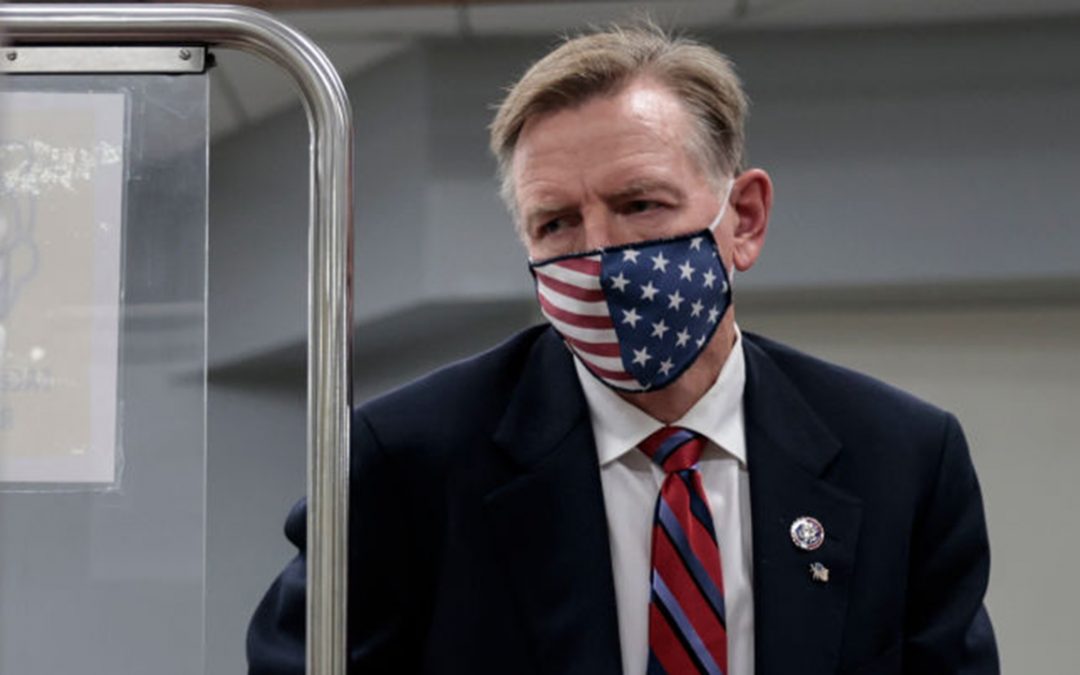 “This really is the cartoon Congress.”

And yet the Democrats’ decision to censure Congressman Paul Gosar — with backing from just two anti-Trump Republicans — is about so much more than an animated video.

It’s about an anything-goes culture on the Hill in which conduct that would get any office worker fired — posting a video showing him killing a colleague — is deemed acceptable by one side.

It’s about open hostility and mistrust between the two parties in the House, and using any available weapon, procedural or otherwise, to wound the opposition.

And it’s about the perpetual promise of payback, with Kevin McCarthy flatly declaring that his party will exact revenge from the Democrats if, as seems overwhelmingly likely, the GOP wins the House next year.

“Mr. Gosar, who is 63 years old but acts like a teenager on TikTok, deserves ridicule more than censure, which should be reserved for serious offenses,” the Journal says.

I’m not in the camp of this is just a joke. Even an anime killing sends a message, especially 10 months after members of Congress were actually in danger of being killed in their own marble workplace. For a White lawmaker to depict the cartoonish slaying of a woman of color, Alexandria Ocasio-Cortez, is also troubling, though I guess he evened the scales by also having his character stab President Biden.

As for those, including the Journal, who believe the Democrats took things too far, I’d suggest that things might have been different if Gosar had apologized — he never did — and if the GOP leadership had at least scolded him. Instead, there was radio silence, until Kevin McCarthy later said he’d spoken to Gosar privately and gotten him to take down the video.

That left a void for Nancy Pelosi to push through a censure that also included stripping Gosar of his committee assignments.

SUBSCRIBE TO HOWIE’S MEDIA BUZZMETER PODCAST, A RIFF OF THE DAY’S HOTTEST STORIES

And Gosar showed his defiance by retweeting the edited Japanese anime an hour after the House punished him for that very video.

What was striking about watching McCarthy and other Republicans who defended Gosar is that they mainly wanted to talk about anything else. They rattled off all the problems facing the country. They denounced Democrats who had said or done objectionable things, from Ilhan Omar’s past anti-Semitic remarks to Eric Swalwell having once had a relationship with a Chinese woman now suspected of being a spy (“sleeping with the enemy”).

Given these precedents, there’s nothing to stop a Speaker McCarthy from kicking Democrats his side doesn’t like off their committees. And then we’re embroiled in an endless tit-for-tat cycle. In fact, McCarthy said Thursday he will put Gosar and Marjorie Taylor Greene, who was stripped of her assignments in February, back on their committees in a Republican House.

Gosar was a big target for the left because the Arizona Republican has flirted with white nationalists. And critics noted that the leadership was more upset with the 13 members who voted for the bipartisan infrastructure bill than with Gosar’s killing fantasy.

At the same time, Democrats trotted out a weapon over an offensive video that can be used against them later on for almost any reason.

I’m sure this seems like Beltway game-playing to most Americans grappling with real problems in the non-animated world. But what just happened on the Hill betrays a real sickness in our politics.