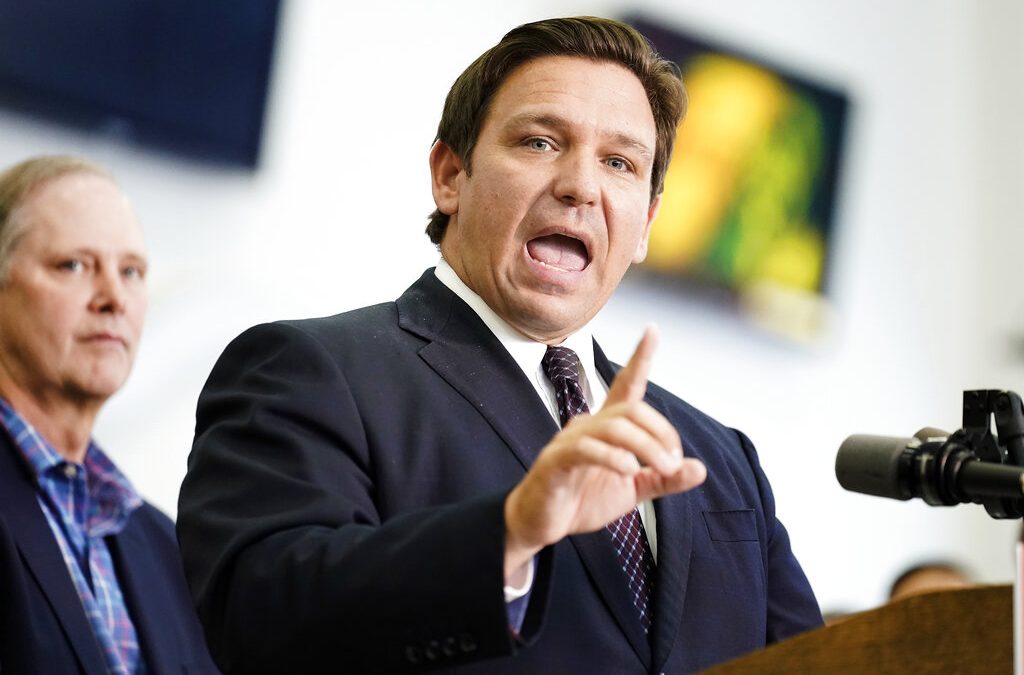 Florida Gov. Ron DeSantis speaks to supporters and members of the media after a bill signing Thursday, Nov. 18, 2021, in Brandon, Fla. DeSantis signed a bill that protects employees and their families from coronavirus vaccine and mask mandates. (AP Photo/Chris O’Meara)

Florida Governor Ron DeSantis proposed $1 billion in gas tax relief statewide. On Monday, the Republican announced the measure during a press conference in Daytona while asserting the state would look to shave 25 cents per gallon of gas prices.

The proposed move would reportedly save Florida families more than $200 over a five-month period, but would reduce the state revenue by more than a $1 billion. DeSantis asserted the move was vital to combat inflation.

“There’s different taxes: federal, state, local level,” explained the governor. “We’re taking over 25 cents from Florida and we will basically zero that out for as long as we can, and do over a billion dollars and that’s gonna make a huge huge deal.”

Inflation is a real issue for hardworking families across Florida.

That’s why I am calling on the Legislature to provide $1 billion in gas tax relief to alleviate some of the financial burdens from our families. pic.twitter.com/LDbY7UlwBE

The current average price per gallon of gas in Florida currently sits at $3.25, which is the highest average total since August 2014. The proposed legislation will be discussed at the state’s new legislative session starting January 11.