Government report: 95% of omicron cases are among vaccinated! 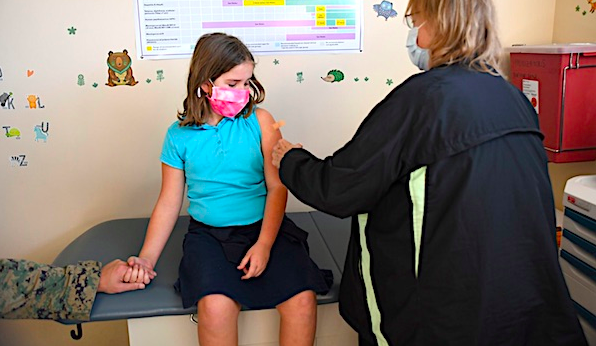 A German government report found more than 95% of reported cases of the omicron COVID-19 variant in the country were in vaccinated individuals.

Only 186 people in a sample of 4,206 individuals who contracted the new variant were unvaccinated, according to a Dec. 30 report by the Robert Koch Institute, the National Pulse reported.

The vaccinated people who tested positive for omicron had at least two doses. Among the infected, 28% had received a third dose or “booster” shot.

Nearly 90% of the German population has received at least two doses.

The institute report also documented symptoms for 6,788 people who had been infected, and mostly no or mild symptoms were reported. A total of 124 patients were hospitalized and four people died.

The data, aligning with other data and studies, come amid President Biden’s pursuit of federal vaccine mandates that are facing roadblocks in court. The administration also is floating the idea of requiring vaccination for all domestic air travel.

A recent study by Danish researchers found that after 90 days, the COVID-19 vaccines will make you more likely to get infected from omicron, not less.

Earlier, the New York Times reported scientists were warning that a plan by the Israeli government to recommend a fourth vaccine dose to address signs of waning immunity a few months after the third shot could backfire.

The scientists said, in the Times words, that “too many shots might cause a sort of immune system fatigue, compromising the body’s ability to fight the coronavirus.”

A few members of the Israeli government’s advisory panel raised that concern with respect to the elderly, said the Times, which cited a written summary of the discussion obtained by the paper.

In fact, in a March 2020 interview with Facebook CEO Mark Zuckerberg, White House coronavirus adviser Dr. Anthony Fauci warned of possible harm from people who get infected with a virus after having been vaccinated.

He appeared to be describing Antibody Dependent Enhancement, a mechanism in which antibodies are unable to neutralize a virus but instead increase its ability to infect cells, making the disease worse.

Long before the release of the COVID vaccines, Fauci was emphasizing the importance of safety trials to screen for possible unintended consequences such as ADE, which he said in March 2020 could take a year to a year and a half.

“If you vaccinate someone and they make an antibody response, and then they get exposed and infected, does the response that you induce actually enhance the infection and make it worse?”

The only way you can find out, he said, is “if you do an extended study, not in a normal volunteer who has no risk of infection, but in people who are out there in a risk situation.”

If it were to happen, he said, it “would not be the first time that a vaccine that looked good in initial safety (trials), actually made people worse.”

How many minutes before this gets taken down? pic.twitter.com/vjFAxPxbLx