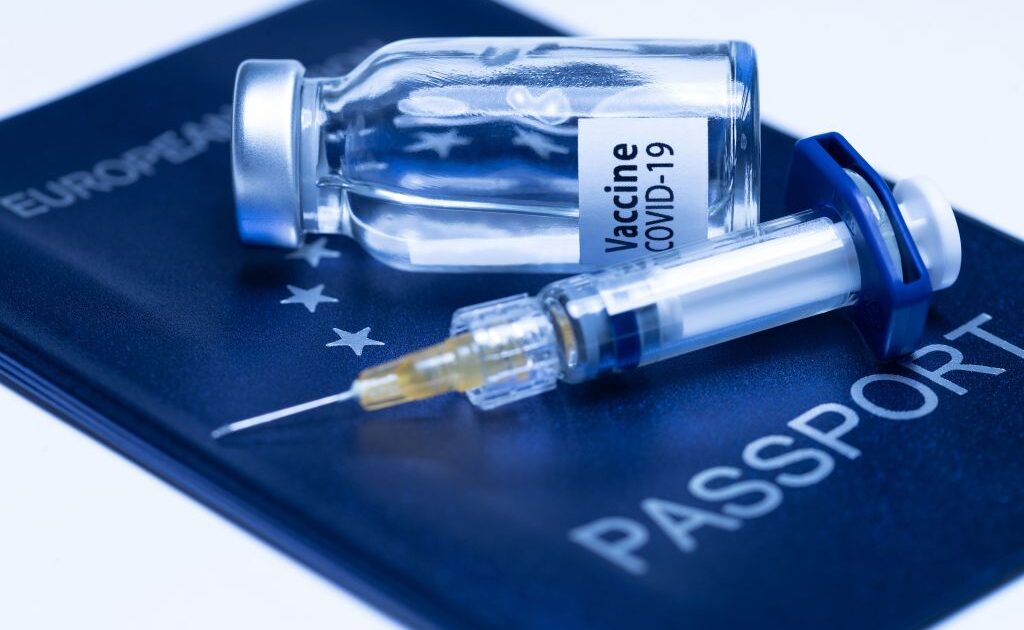 A picture taken on March 3, 2021 in Paris shows a vaccine vial reading “COVID-19 vaccine” and a syringe on an European passport. (Photo by JOEL SAGET/AFP via Getty Images)

Governors across the country are joining the GOP’s call to bar vaccination passports from becoming a requirement.

Vaccine passports ultimately mandate travelers to show proof they have been vaccinated for COVID-19 in order to fly on an airplane. However, Republicans are shedding light on the massive overreach this could inflict, and are raising concerns over its potential to tread on personal freedoms.

AUSTIN, TX – MAY 18: Texas Governor Greg Abbott is shown at the Texas State Capitol on May 18, 2020 in Austin, Texas. (Photo by Lynda M. Gonzalez-Pool/Getty Images)

“Government should not require any Texan to show proof of vaccination and reveal private health information just to go about their daily lives,” Abbott stated. “That is why I issued an executive order that prohibits government-mandated vaccine passports in Texas.”

This came after Florida Gov. Ron DeSantis (R) banned the use of passports in his state last week.

“With these vaccine passports it’s completely unacceptable for either the government or the private sector to impose upon you the requirement that you show proof of vaccine to just simply be able to participate in normal society,” DeSantis stated. “We’re not supportive of that. I think it’s something that people have certain freedoms and individual freedoms to make decisions for themselves.”

The governors of Missouri and Tennessee are also backing the movement.

Taking to Twitter this week, Gov. Mike Parson (R-Mo.) said “I do not support a vaccine passport and have no intention of implementing one in the state of Missouri.”

I do NOT support a vaccine passport and have no intention of implementing one in the State of Missouri.

Gov. Bill Lee (R-Tenn.) said he’s even supporting legislation blocking any government-mandated vaccine passports, in an effort to ensure that getting vaccinated remains a personal choice.

I am supporting legislation to prohibit any government-mandated vaccine passports to protect the privacy of Tennesseans’ health information and ensure this vaccine remains a voluntary, personal decision.

In the meantime, it appears the majority of Americans agree with Republicans on the matter. According to a recent Rasmussen poll, only 44 percent of likely voters believe they’re a good idea.

As of now, New York is the only state mandating vaccine passports.