Has Smoking Lost Its Cool In The US? 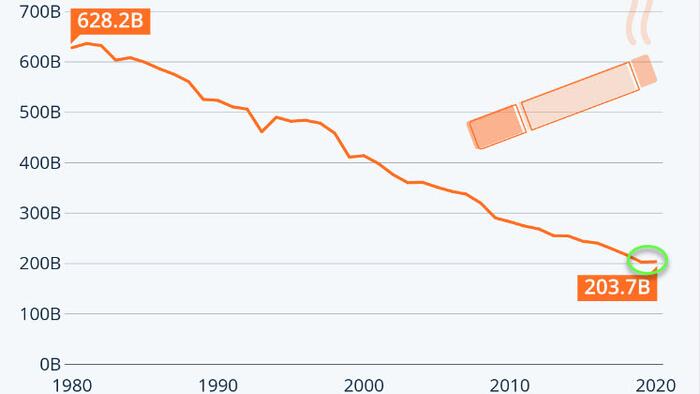 While lighting up a cigarette was once considered a sign of class and sophistication or, at the very least, an act of coolness, smoking seems to have lost some of its spark in recent years.

As Statista’s Felix Richter notes, according to the Federal Trade Commission, 203.7 billion cigarettes were sold in the United States in 2020. While that marks a marginal increase over 2019 and the first uptick in 20 years, cigarette sales are still at their lowest level since the FTC started tracking them in 1963.

As Statista’s chart above illustrates, cigarette sales have declined more or less continuously over the past 40 years, dropping more than 50 percent since 2000 and almost 70 percent since smoking’s heyday in the early 1980s. In the meantime, cigarette advertising and promotional spending climbed from $1.2 billion in 1980 to $7.8 billion in 2020, most of the latter coming in the form of price discounts for retailers and wholesalers.

The number of cigarette smokers in the United States has also dropped over the past four decades, albeit not quite at the same pace as cigarette sales. According to the Centers for Disease Control and Prevention (CDC), an estimated 30.8 million adults in the U.S. were smoking cigarettes in 2020, down 40 percent from 51.6 million in 1980.

Additionally, as Statista’s Martin Armstrong details below, cigarettes do not have the same pull factor for young Americans that they used to. Looking at Gallup survey data going back to 2001-2003, roughly one-third of young adults in the U.S. said they smoked cigarettes twenty years ago. Now though, in the period 2019-2022, just 12 percent confessed to a smoking habit.

This downward trend isn’t confined to Americans with less mileage on the clock, either. Falls in cigarette smoking rates were registered across the board, with the second-largest decrease seen in the 30 to 49 bracket. That said, the lowest overall rate belonged to the oldest group of respondents in 2022. For the over 65s, enough wisdom seems to have been gathered over the years to mean that just 8 percent said they had smoked a life endangering cigarette in the past week – a decrease from the 14 percent recorded in 2001-2003. 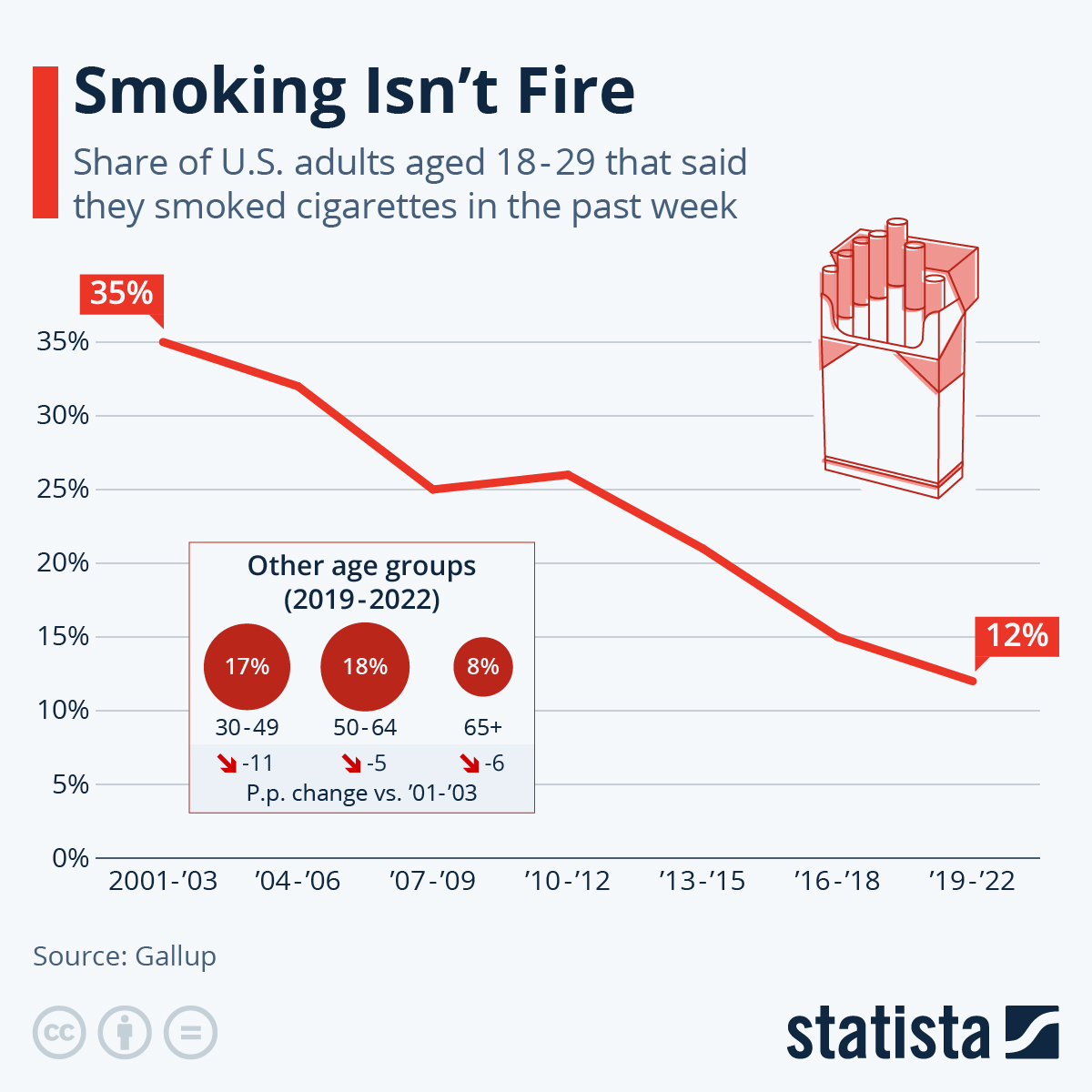 That all being said, the positive news that smoking is on the decline needs to be taken with caution.

As Gallup data also indicates, while young adults may be smoking less cigarettes, a significant share appear to have simply switched to a different vice. E-cigarettes, or vaping, are used by 19 percent of 18- to 29-year-olds. Although vaping eliminates the unpleasant smell emitted by cigarettes, the habit is far from healthy, is addictive and carries with it its own dangers and risk to life.