“He Turned His Back”: Rail Workers Fume After Biden Forces Unions To Accept Deal 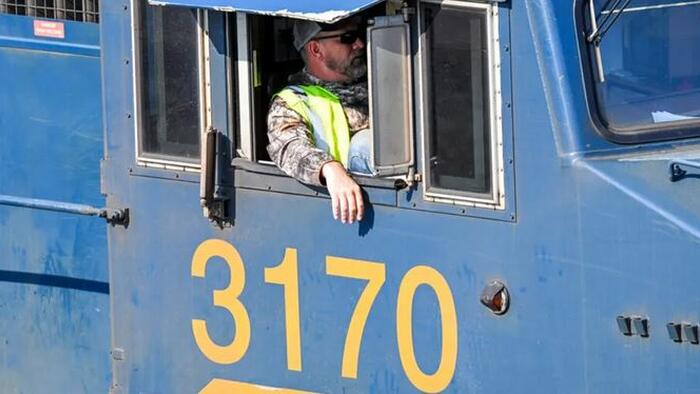 Rail works are furious after President Joe Biden on Friday signed bipartisan legislation into law to avert an industry strike that could have had grave economic fallout.

One rail worker, Justiun Schaaf, told AP that he had to choose between getting dental work or attending his son’s 7th birthday party.

“Ultimately I decided to take the day off for my kid’s birthday party,” he said, adding “Then when I am finally able to get into the dentist four, five, six months later, the tooth is too bad to repair at that point, so I have to get the tooth pulled out”

According to Schaff, if he had the option of taking a sick day, he “would have never been in that situation.”

In comments after he signed the legislation, Biden acknowledged that more work needs to be done, Fox News reports.

“Look, I know this bill doesn’t have paid sick leave, that these rail workers and, frankly, every worker in America deserves. But that fight isn’t over,” he said.

“Their voice has not been heard, they voted against the contract,” Murtagh said. “We have a pro-labor president who loves to, you know, pat himself on the back for that, and when the going got tough, he turned his back on the people he’s supposed to be looking out for.” -Fox news

The deal struck by Congress, which is now law, would raise workers’ pay by 24% over five-years, between 2020 and 2024, which includes an immediate payout on average of $11,000 each once ratified. It was approved by eight of the 12 transportation unions involved in the negotiations – with the four dissenting unions arguing that it was unfair because it included insufficient paid-sick leave, of which they wanted seven. Congress nixed that demand from the bill despite efforts by mostly progressive lawmakers to amend the legislation.

“What was negotiated was so much better than anything they ever had,” Biden said during a news briefing alongside French President Emmanuel Macron.

The rail unions said they weren’t able to get more concessions out of the railroads because the big companies knew Congress would intervene and railroads refused to add paid sick days to the deal because they didn’t want to pay much more than a special board of arbitrators appointed by Biden recommended this summer.

In addition, the railroads said that unions have agreed over the years to forego paid sick leave in favor of higher wages and strong short-term disability benefits. -Fox News

“ou hear when you hire out on the railroad you’re going to miss some things. But you’re not supposed to miss everything,” said retired engineer Jeff Kurtz, an active participant in the Railroad Workers United Coalition. “You shouldn’t miss your kids growing up. You shouldn’t miss the seminal moments in your family’s life.”