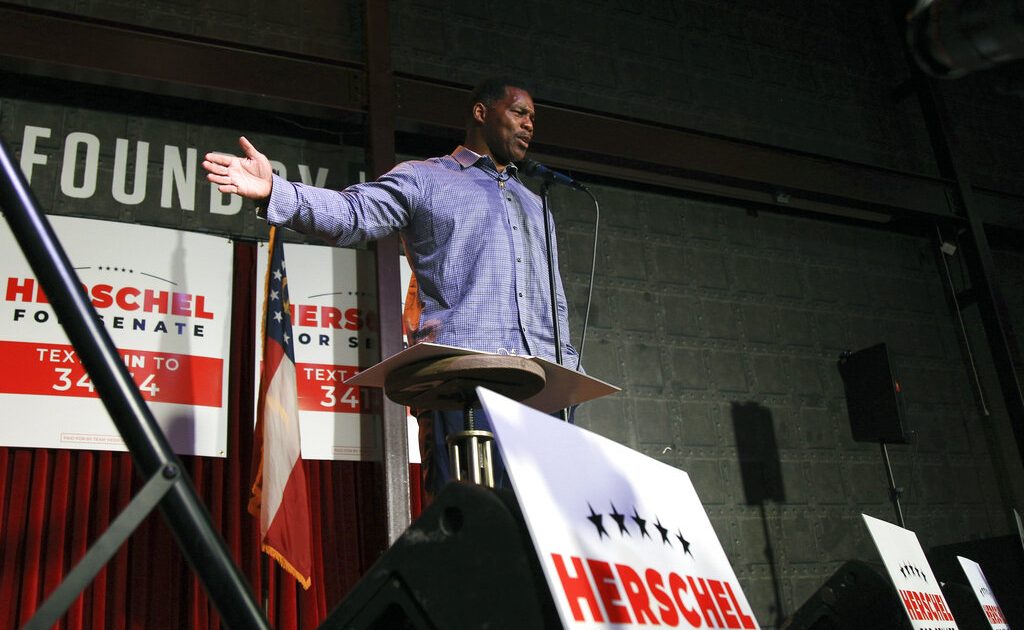 Herschel Walker, GOP candidate for the U.S. Senate for Georgia, speaks at a primary watch party, Monday, May 23, 2022, at the Foundry restaurant in Athens, Ga., near the University of Georgia where he once played football. (AP Photo/Akili-Casundria Ramsess)

Former NFL star Herschel Walker celebrated his victory in Georgia’s GOP senatorial primary. On Tuesday, the Associated Press announced Walker as the winner with more than 70 percent of the vote and 16 percent of precincts reporting.

He defeated six other Republicans including State Agriculture Commissioner Gary Black. Walker is set to face off against incumbent Democrat Raphael Warnock this November. Speaking at his victory party he pledged to stand up for everyday Georgians and American values.

“They feel like their dreams and everything they worked for are slipping away,” Walker said. “The America they’ve known is slipping away. They share their stories with me, they believe I can help them be that voice, fight for them.”

On the other hand, for Georgia’s 14-th District Trump has tapped representative Marjorie Taylor Greene as the America First candidate. On Tuesday Greene won her Republican primary and warded off her opponents with more than 70 percent of the vote. Greene confidently voiced her lack of concern for her Democratic competitor Marcus Flowers.

Additionally, Georgia Governor Brian Kemp who is not endorsed by Trump won his GOP gubernatorial primary. He says his battle is far from over.

“Tonight the fight for the soul of our state begins,” Kemp asserted. “To make sure that Stacey Abrams is not going to be our governor or the next president.”

Kemp narrowly defeated Abrams (D-Ga.) for the governors mansion in 2018 and can look ahead to their rematch in November.