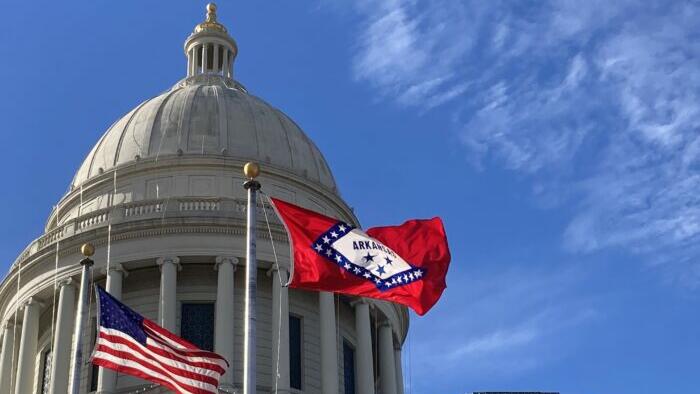 Authored by Janice Hisle via The Epoch Times (emphasis ours),

When a researcher begins with a conclusion, then looks for data to support that, “it’s a danger to all of science,” Dr. Paul Hruz, a St. Louis physician-scientist told a federal judge.

Yet Hruz said he has seen this disturbing pattern recur in recent years, as he examined studies purporting to prove the benefits of hormones and surgeries as treatments for gender-conflicted youths.

“It is erroneous to say that we identified an effective solution that maximizes benefits and minimizes risk,” Hruz testified Dec. 1 in U.S. District Court for the Eastern District of Arkansas.

Assailing the poor quality of research about gender-transition medical treatments for minors, and raising concerns about the risk of harm, Hruz said: “There are major, major questions that remain.”

He was the final witness to testify during a trial that is testing the nation’s first law banning hormones and surgeries for “gender-transition” of minors.

The American Civil Liberties Union (ACLU) filed a lawsuit seeking to throw out the 2021 Arkansas law, alleging it is unconstitutional.

The ACLU of Arkansas has denounced the law as part of a “hateful attack” on LGBT youths seeking “medically necessary care.”

But the Arkansas Attorney General’s Office is defending the Save Adolescents From Experimentation (SAFE) Act, asserting that the state has a compelling interest to protect vulnerable children from medical interventions that can cause permanent harm, including ongoing health problems and sterility.

No dates have been set for attorneys to file final written briefs—the final pieces of the puzzle for Judge James Moody Jr. to consider before he issues a ruling. His decision could influence the way other states and courts respond to controversies surrounding similar legislation.

Moody will be considering two weeks’ worth of testimony that began with witnesses the ACLU called in mid-October. After a month-long recess, the trial resumed on Nov. 28 with witnesses testifying on behalf of the SAFE Act.

During the last day of testimony on Dec. 1, Dylan Jacobs, deputy solicitor general for the Arkansas Attorney General’s Office, systematically questioned Hruz to share his extensive knowledge about treatment of “gender dysphoria,” or gender-related distress, among adolescents.

Based on his 25 years as a pediatric endocrinologist, along with 10 years of intensely researching gender dysphoria, Hruz said he would never prescribe puberty-blockers or cross-sex hormones without solid scientific studies showing that they do more good than harm.

Endocrinologists are dedicated to “restoring the body to its natural state of health” by correcting hormonal imbalances or deficiencies, he said.

Jacobs pointed out that ACLU witnesses described puberty blockers as a harmless “pause button.” Not so, Hruz said.

Puberty blockers prevent sex-specific changes, including easily observed ones such as breast development in girls and testicle development in boys. But inside the body, many other changes are also occurring during adolescence; the impact of interfering with those changes remains largely unknown, which is troubling, Hruz said.

“It is impossible to turn back time. So, once you’ve blocked puberty… you cannot buy back the time when that physical process has been disrupted,” Hruz said.

He also said credible studies show that, if left alone, many transgender-identifying youths will likely revert to their biological sex. But if put on puberty blockers, 98 percent of the youths will go on to take cross-sex hormones.

Flooding a person’s body with hormones of the opposite sex can cause myriad unknown effects, he said, noting that there are more than 6,000 sex-specific genetic differences between males and females.

In addition, it’s unclear how the combined effects of puberty blockers and cross-sex hormones could affect young people in the long run, Hruz said.

In instance after instance, Hruz enumerated specific problems with studies that claim hormones or surgeries benefited youths with gender dysphoria.

“Despite the claims that are made about the efficacy of the affirmative approach, the evidence is insufficient to make that conclusion,” Hruz said.

With near-encyclopedic detail, Hruz fired off answers so quickly that the court stenographer struggled to keep pace. Moody repeatedly asked him to speak more slowly.

At one point, the judge became so frustrated, he threatened to stop the witness from further testimony unless Jacobs found a way to get Hruz to slow down his statements.

Hruz moderated his pace but continued speaking authoritatively as he testified for more than three hours under Jacobs’ questioning.

Generally, when considering medical treatment options, “The higher the risk, the lower the quality of evidence, the more caution that is used,” Hruz said.

Yet, with gender-affirming care, that principle seems not to apply, he said.

He couldn’t remember seeing any other medical treatments so strongly recommended despite such poor-quality evidence.

Another “unique” feature of this debate: The existence of gender dysphoria hinges on the patient’s self-reported identity and desires, Hruz said. There is no way to “test the accuracy of that condition,” he said.