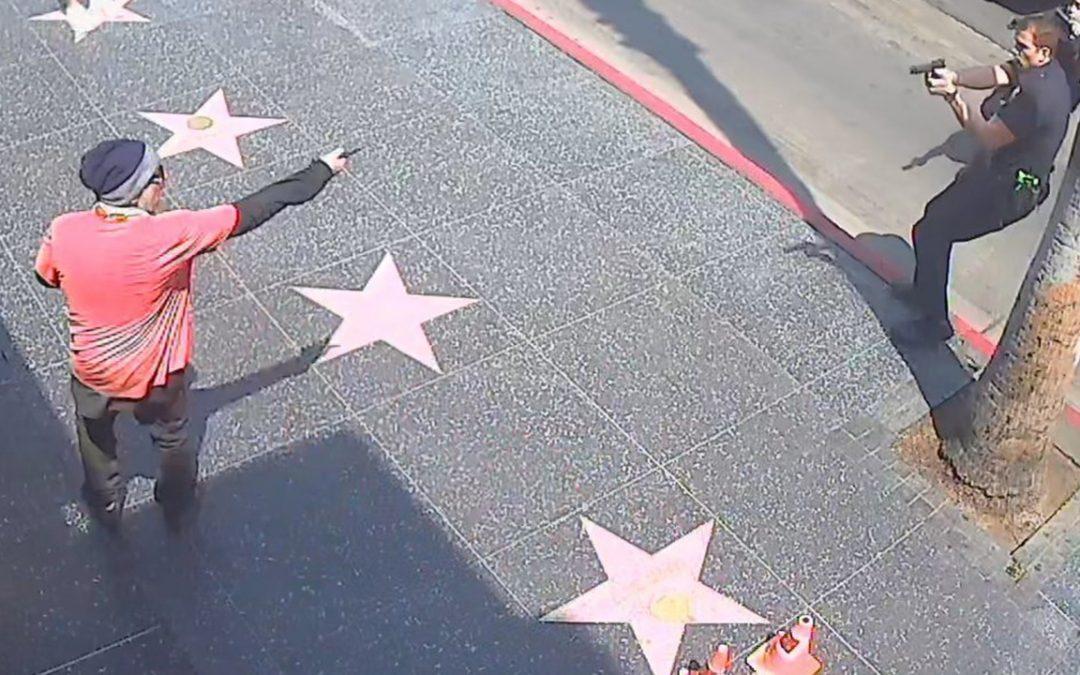 A suspect seen with what appeared to be a gun along the Hollywood Walk of Fame in Los Angeles was shot and killed by responding police Thursday, according to a report.

The suspect was spotted around 11:50 a.m. near the intersection of Hollywood Boulevard and Wilcox Avenue, FOX 11 of Los Angeles reported.

The suspect was later found to have a replica weapon, according to police. (Los Angeles Police Department)

After the shooting, police found that the suspect’s gun was a replica, not a real weapon, the station reported. The wounded man, who was not identified, was taken to a hospital, where he later died from his wounds, the report said.

A suspect is seen pointing an object toward a police officer along the Hollywood Walk of Fame, July 15, 2021. (Los Angeles Police Department)

A woman who was near the scene at the time was hospitalized for an unspecified injury, according to the station.

A suspect is seen pointing an object toward a police officer along the Hollywood Walk of Fame, July 15, 2021. (Los Angeles Police Department)

No police officers were injured. A stretch of Hollywood Boulevard was closed for hours as police investigated the incident, according to FOX 11.