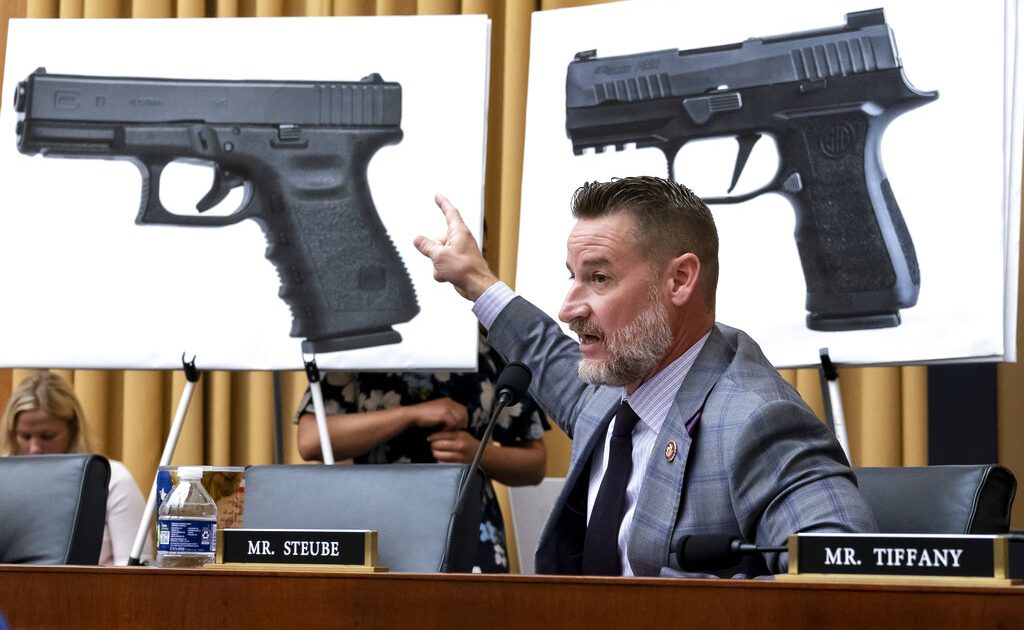 Republicans on the House Judiciary Committee use charts to press their defense of the Second Amendment during a markup on the Assault Weapons Ban of 2021, at the Capitol in Washington, Wednesday, July 20, 2022. (AP Photo/J. Scott Applewhite)

The House Judiciary Committee kicked off the debate over which weapons American citizens are allowed to keep and own. During a hearing on Wednesday, House lawmakers went back and forth with each other over how to prevent future mass shootings.

Democrat lawmakers such as Rep. David Cicilline (D-R.I.) called for a ban on so-called assault weapons while claiming the ability to own them only results in more people being killed. This came after the CDC claimed that gun violence was the leading cause of death for children, despite many critics pointing out a flaw in their analysis. It appears they don’t discriminate between different age groups.

“Imagine how much we could get accomplished if we clung to the desire to protect our children and communities as tightly as some of my colleagues cling to their rifles,” stated Cicilline. “There are more guns than people in this country, more mass shootings than days in the year. This is a uniquely American problem and assault weapons only magnify the epidemic.”

However, GOP Rep. Andy Biggs (R-Ariz.) pushed back on this claim by citing a 2019 statistic, which pointed to knives as the leading cause of most homicides with blunt objects such as clubs and hammers coming in second.

Additionally, Rep. Jim Jordan (R-Ohio) pushed further and argued an assault weapons ban would be ineffective at reducing violent crime. He pointed to a congressional study, which concluded that weapons prohibited under the 1994 assault weapons ban were used in only a small fraction of gun homicides.

“Not only would this legislation strip Americans of their rights, but it would do nothing to make our community safer,” stated the Ohio lawmaker. “We know that because Democrats tried it before. They tried with the quote ‘assault weapons ban’ in 1994 and guess what? That ban was found to be ineffective in reducing violent crime. A congressionally-mandated study concluded that the banned guns were never used in more than a modest fraction of all gun murders for the 1994 ban.”

In the meantime, the panel will continue to discuss a possible assault weapons ban for the House to vote on. Even if the bill passes in the lower chamber, it’s unlikely to survive a vote in the Senate.