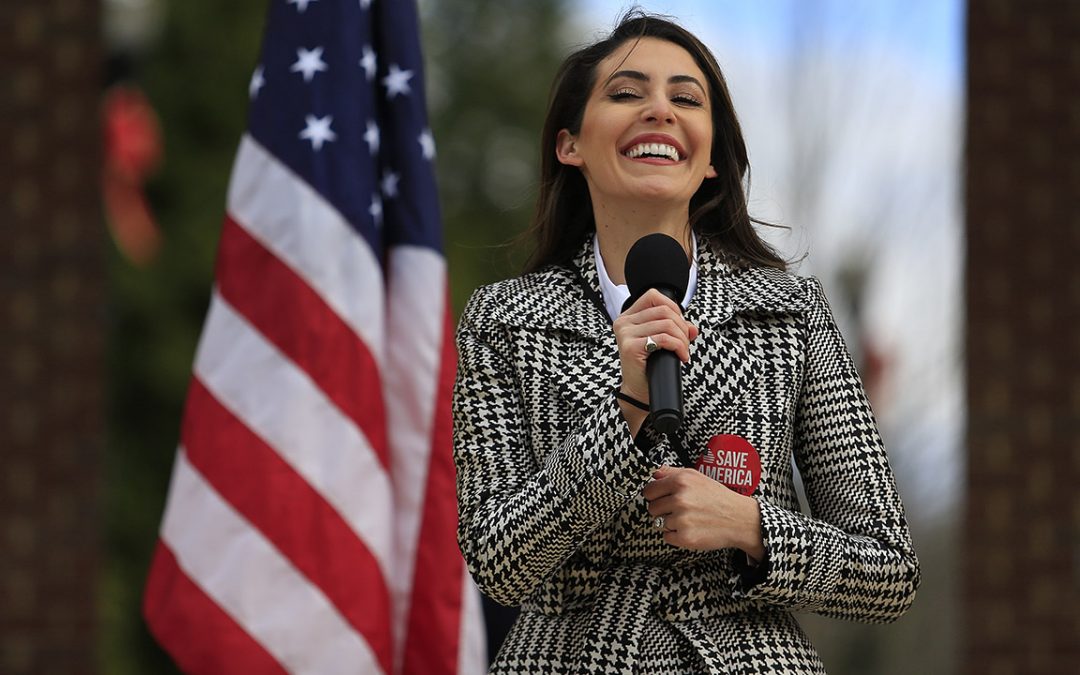 Luna, according to a copy of her lawsuit first obtained by Fox News, tried for months to get her Twitter account verified, even as other candidates in her primary race already had blue check marks on their profiles.

She continued to not have a blue check on her Twitter profile as she competed against Crist, D-Fla., in the 2020 general election. Luna’s suit says that this is despite the fact she met “all the requirements in Twitter’s rules” to be verified.

She lost the fall election by six percentage points. Crist announced this week that he is running for governor of Florida, while Luna has committed to running for Congress again in 2022.

Luna filed a complaint with the FEC in October over Twitter not verifying her account. That complaint said the blue-check Twitter verification is “something of value” the social media giant provided to her opponents but not to her, amounting to an illegal corporate political donation.

Now, Luna’s lawsuit says, it’s been more than 120 days since her initial complaint was filed. She seeks to have the court force the FEC to act on her complaint.

“Twitter, Inc. verified the accounts of Plaintiff’s opponents while refusing to verify Plaintiff’s account, providing something of value to her opponents,” the Luna’s court filing says.

“Plaintiff has suffered – and continues to suffer – an injury-in-fact that is causally related to Defendant’s inaction,” it continues. “Twitter, Inc. continues to selectively verify accounts, providing something of value to certain candidates while denying the same to Plaintiff—likely based on Twitter’s political views (though the reason for Twitter’s discrimination is irrelevant to this proceeding).”

Indeed, according to the FEC, “Campaigns may not accept contributions from the treasury funds of corporations, labor organizations or national banks.” And the FEC defines a “thing of value” very broadly, to include “all ‘in-kind contributions,’ defined as ‘the provision of any goods or services without charge or at a charge that is less than the usual and normal charge for such goods or services.'”

House of Representatives candidate Anna Paulina Luna is suing the FEC over its alleged failure to take action on a complaint her campaign filed against Twitter for not verifying her account. (AP Photo/Matt Rourke, File)

But federal law has been slow to catch up to the fast-evolving tech sector, often leading to ambiguities and confusion on seemingly basic questions.

For example, the Supreme Court was forced just last year to decide whether a generic online URL like Booking.com may be trademarked. In an 8-1 opinion led by then-87-year-old Justice Ruth Bader Ginsburg, the court said that is allowed if the URL was recognizable to consumers.

Luna is not the only candidate to have trouble with Twitter’s verification process. Jeff Sites, a 2020 Democrat challenger to Rep. Jim Jordan, R-Ohio, struggled to get his blue check verified despite campaigning for months, according to The Verge. The outlet reported that Twitter promptly verified Sites’ account after it was contacted by the publication, The Verge reported.

This is also not the first time Twitter has been accused of making an illegal campaign donation for the way it runs its platform. The Republican National Committee last year accused Twitter of giving an illegal donation to President Biden’s campaign when it suppressed a New York Post story about his son Hunter’s laptop.

Twitter at the time said that it was simply enforcing its policies against hacked materials, and later backtracked on suppressing the New York Post story. Twitter did not immediately respond to a request for comment on this story.

Luna’s lawsuit says it’s clear a blue check is a thing of value, including “a significant boost in engagement” on tweets with photos, hashtags and videos.

“While there is mixed guidance on the precise value of a verified Twitter account, it cannot be disputed that a verified account has some intrinsic monetary value,” it also says.