This is first-hand testimony on how the levers of government were abused to help the president politically, at the cost of our national security.

Colonel Vindman reportedly listened in on the July phone call between President Trump and his Ukrainian counterpart. The White House Ukraine expert told the House panel that the release of a military aid package to Ukraine was “contingent” on the Ukrainian government investigating Joe Biden and his son Hunter.

The colonel went on to say that the call went well until a meeting between the two presidents was suggested. Former EU Ambassador Gordon Sondlond then “proceeded to discuss the deliverable required in order to get the meeting and alluded to investigations.”

“The Ukrainians saw this meeting as critically important in order to solidify the support for their most important international partner,” said Vindman. “When Ambassador Sondland started to speak about Ukraine delivering specific investigations in order to secure the meeting with the President, Ambassador Bolton cut the meeting short.” 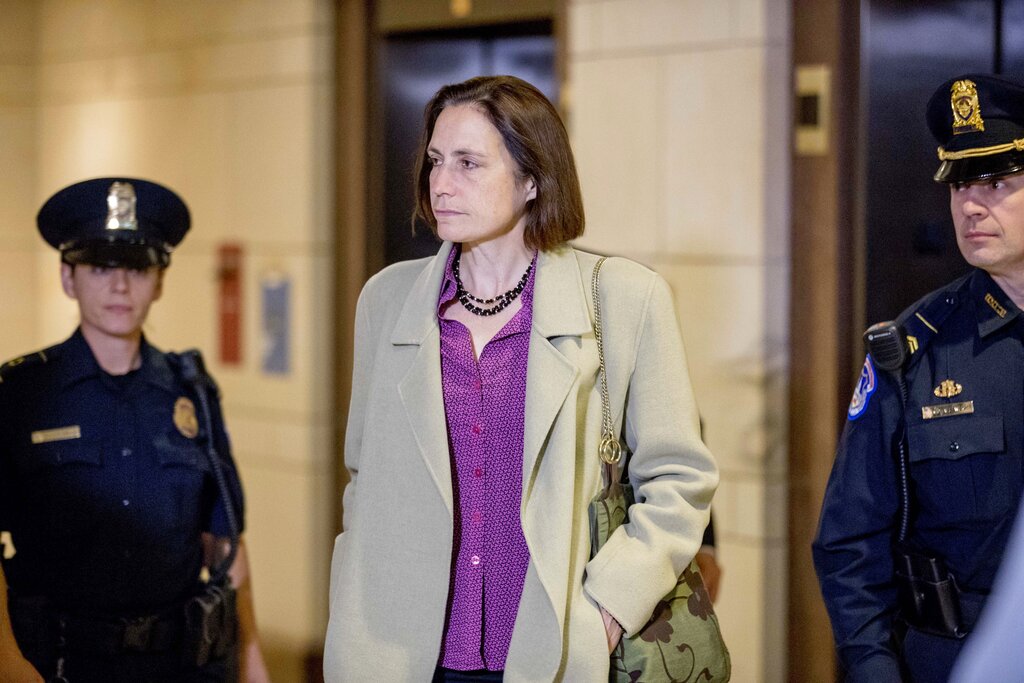 During her deposition, Fiona Hill cited what she called potential “counter-intelligence risks” over Sondland’s political inexperience. She also expressed concern over his alleged attempt to pressure Ukrainian officials.

“Ambassador Sondland had basically indicated that there was agreement with the Chief of Staff that they would have a White House meeting…if the Ukrainians started up these investigations again,” stated Hill.

The president’s former Russia adviser also mentioned Rudy Giuliani, suggesting that the attorney had an active role in pressuring Ukraine to investigate the Bidens and the 2016 election.

“Rudy Giuliani has been saying an awful lot of things — he was making it crystal clear what it was that he was pushing,” said Hill. “We were concerned…that Ukraine was going to be played by Giuliani in some way as part of the campaign.”

She added that the investigations seemed to be a condition of the White House meeting between the two presidents “in the context of the transcript.”

President Trump has firmly pushed back against allegations of a quid pro quo. He reiterated his position on Friday, stating that the impeachment inquiry is a “hoax” and that his call with the Ukrainian president was “perfect.”

“I’m not concerned about anything,” he said. “The testimony has all been fine.”