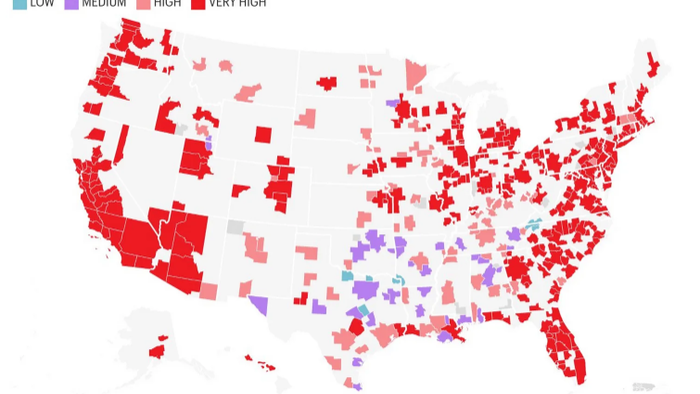 Since Fringe Finance has started, I’ve scoured the Earth far and wide to try and bring a perspective on real estate to the blog that is going to be both no bullshit and an unfiltered on-the-ground opinion that I know and trust (and could add value to my readers).

And to be honest, I didn’t have to scour much, as a good friend of mine is a brilliant up and comer in the world of real estate in Philadelphia. I’ve worked with her several times and have known her for years – she’s insightful, pragmatic, conscientious and has a serious pulse on the industry. I know for a fact that she eats, sleeps and breathes the industry.

As such, my kind friend, award-winning realtor Kira Mason, has agreed to drop in once in a while to offer up her take on the pulse of the industry for benefit of my readers. Kira runs the Substack Gritty City Real Estate, which you can read & follow free here and she is @kmasonrealtor on Twitter.

I’m beginning to think that the timing of the interest rate hike this fall has prevented us from experiencing the full effects of deteriorating buyer demand.

Every year, housing inventory gears down for real estate’s dormant period through the holiday season. After the new year begins, inventory then begins its slow hike towards peak in the spring and summer. It was approaching the time when inventory typically begins its final annual descent that rates hit 7% and demand vaporized.

With low inventory the belt keeping the emaciated real estate market’s pants up, I’m nervous about what could happen once more homes hit the market in Q1 and Q2 of 2023.

The inventory decline this year came in two distinct phases. Between January and July, mortgage interest rates rose from 3.11% to 5.81%: a 270 basis point increase representing a roughly 32% increase in one’s monthly mortgage payment.

Market behavior started shifting significantly once rates passed 5.5% in June. By July, inventory began its seasonal downturn…four months early. When rates finally reached and surpassed 7% in October (by which time monthly payments were up a nauseating 47%), inventory began to decline more steeply. Though steeper, inventory declined at more more moderate pace than it usually does at this time of year. This was an effect of reduced demand; despite fewer new listings being added to the market, the dearth of sales caused a relative buildup of older listings.

The perennial reason for the seasonal decline is that few people are interested in house hunting, going through stressful real estate transactions, and moving during the holiday season.

Sellers know that this will affect demand, not to mention the fact that they’ll face the same inconveniences on the buy side, so most choose to hold off on listing their homes until after New Year’s Eve. This holiday season, we can add an additional “inconvenience” to the list: mortgage interest rates at their highest level in 20 years, and affordability at an all time low. With 92% of homeowners enjoying mortgage interest rates under 5%, and 62% with rates under 3.75%, nobody is putting their home on the market unless they absolutely must.

While resale inventory isn’t likely to fully rebound until rates and prices both come down and affordability improves, we will still be seeing inventory start climbing up again in the new year. There’s also a pipeline of specs under construction that, when combined with built-to-order homes, is close to the record highs recorded in 2006. When these hit the market and are combined with whatever little burst of resale listings our homeowners can muster up, we will be experiencing the effects of today’s interest rates in a rising inventory environment for the first time.

Get 50% off: If you enjoy this article, would like to support my work and have the means, I can offer you 50% off for life: Get 50% off forever

The fact that the market has shifted so dramatically, even in a declining inventory environment, is testament to the 180-degree turn that buyers have taken at the tail end of this year.

And no wonder: with overvalued real estate and record high interest rates, housing affordability is at an all time low. As a result, transaction volume in Philadelphia plummeted 40% from June to October of this year. One might try to attribute this to normal seasonality, but the same period in 2021 saw only a 27% drop.

Just this past summer, buyers were catering to the whims of sellers with waived inspections, above-asking offers, and all the housing boom tricks you’re probably well acquainted with at this point. Bidding wars were still an expected and despised part of the home buying process.

By October, buyer activity had dried up, and sellers were placing reverse offers.

These days, one can hardly show a home to their buyer client without fielding a series of calls from the listing agent offering escalating concessions in a desperate attempt to bring in an offer. The change has been stark and sudden, with housing market analyst Ivy Zelman declaring that the rate of change is “faster than she’s ever seen”.

It’s important to note that not only did 7% rates hit when inventory was on its way down- peak inventory in 2022, which was reached in June, was the lowest annual peak since 2018, with only 8,582 listings. So when inventory fell this year, it was falling from already depressed levels.

If this is the way the market behaves when already low inventory goes into hibernation mode for the holiday season, how will it behave during the uptick we traditionally see after the new year? Even if we don’t get the panic selling that some are anticipating, our normal seasonal inventory increase, paired with new construction entering the market, could be enough to exert additional downwards pressure on prices that are already falling.