ICE agents in Maryland are blasting leadership in Montgomery County following the release of an alleged child molester who’s illegally in the country. 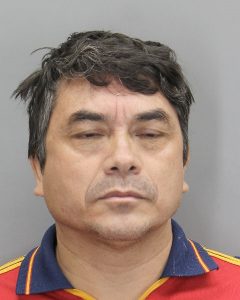 48-year-old Luis Fredy Hernandez-Morales was freed from custody earlier this week after the agency launched a detainer against him. He has been accused of molesting a young female relative of his back in July.

The agency’s request was not granted and he was released on bond the next day. ICE officials said the sanctuary county’s policies means politics are being put above public safety.

“We’re not receiving cooperation — there’s no real willingness to do that,” stated ICE Baltimore acting Director Frank Madrigal. “I’m not looking to come to an agreement on politics, I’m looking to allow a federal law enforcement agency to be able to do their work.”

Agents later took Hernandez-Morales back into custody. Police said the man was active in the youth ministry at a local church and fear there may be other victims.