If Democrats Depress Our Economy With Every Decision They Make, Why Are They Called “Progressives”? 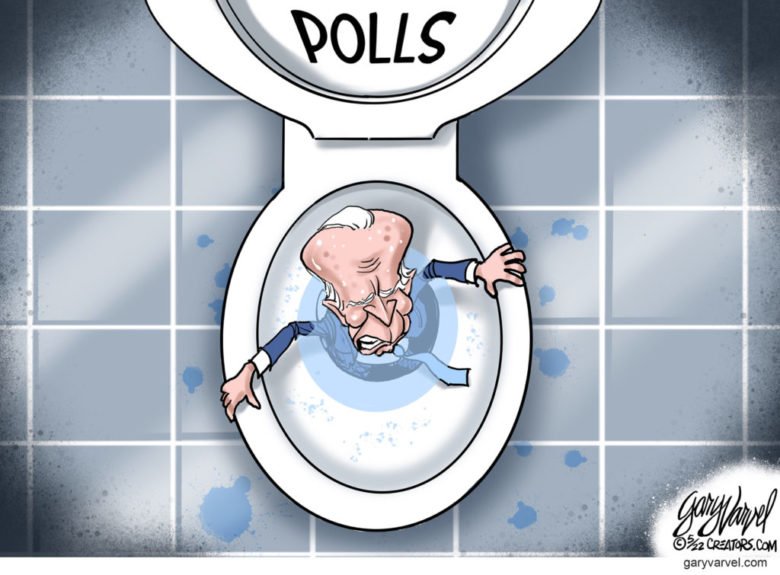 Whether it’s the cost of food, the cost of fuel, the empty store shelves, the cost of a used car, the skyrocketing crime rate, the unavailable baby formula, the formation of a government misinformation bureau, the war in Ukraine or the never-ending diseases mysteriously cropping up that will require wearing a mask once again, Democrats, and especially old squinty Joey Biden, seem to screw up everything they touch. And yet they are called “progressives”, at least by each other. If what they accomplish is “progress”, then I don’t understand the meaning of that word.

Progress means to move ahead or advance, not to lose ground to idiotic decisions that are failures each time they’re tried. But to Democrats the word “progress” means gaining progressively more political power by creating false documents indicating collusion with Russia, falsifying the result of a presidential election, or promising domestic give-away programs that favor the already well-off at the expense of the less-well-off, or forming an government agency that will punish speech that doesn’t benefit Democrats.

But the most insulting aberration we’ve ever seen was Joey Biden’s effort to allow the Chinese-loving World Health Organization to decide at what point the United States begins to experience a new health crisis, or when a crisis is already in progress, and then the W.H.O. will decide how the U.S. must, under international law, respond to the health threat: when to go into another lockdown; when to mask; and what vaccines American citizens must all take, especially when we may be mandated to take Chinese drugs. The world is currently observing the Chinese covid drugs that have already failed the citizens of Shanghai, who are being starved with in-home lockdowns because China can’t get the relatively weak covid virus under control. This push to give American sovereignty to the W.H.O. and the U.N. in matters of public health is both idiotic and traitorous.

Sometimes it’s difficult for Democrats to appreciate how to exercise power after they have gained it. For Biden it’s pleasant to pay-off college loans for the sons and daughters of Harvard and Yale graduates working in his administration, while expecting factory workers and plumbers to be taxed in order to subsidize the government give-away. And for Biden’s press secretary, Karine Jean-Pierre, it’s pleasant for her to boast about her own personal celebrity status and life, by enlightening us plebes about her homo-sexuality, her femaleness, being black and being an immigrant, and then to have to depend on written notes from her staff to answer questions from the press during her televised meetings with them. Americans don’t want a person who brags about all of her “firsts” in the job. We want competence in our officials, which Ms. Jean-Pierre lacks.

The poor, misguided woman is so proud of her irrelevant wokeness that she thinks we peons out here give a damn about her personal life and her dubious accomplishments, and she cares not a whit about what does matter: her knowledge about current events and being able to discuss them intelligently without the need of notes. Most of Biden’s administration were awarded their jobs because of their race or gender, instead of getting the job because they had earned it and could do the new job without having to read a page of cliff-notes that they don’t understand.

There’s a real world out there, and Democrats don’t live in it. They just take advantage of it with their ill-gotten power, and screw everything up as they stumble through each day.

Agree/Disagree with the author(s)? Let them know in the comments below and be heard by 10’s of thousands of CDN readers!