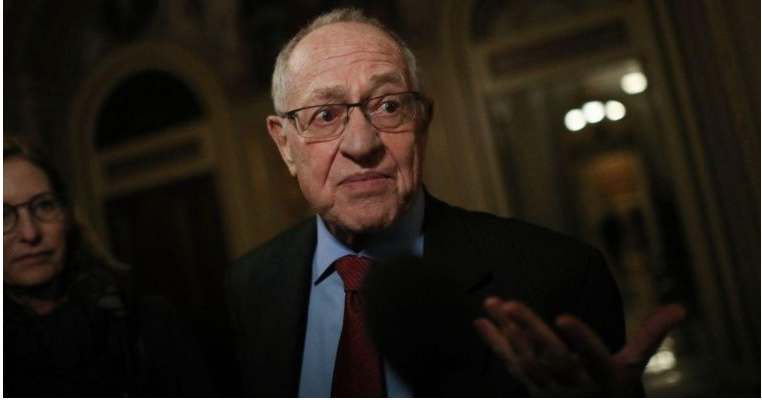 Dershowitz is well-known for his comments regarding the impeachment trial of President Trump, the comments that appeared to fully support Trump’s impeachment, though the key emphasis is on “appeared.”

Turns out, Dershowitz’s comment was taken out of context (how surprising), and he apparently became a bit annoyed at his comments being taken out of context and used against a legitimately elected President. As infuriating as legitimate elections clearly are to the rabid left, that is one of the benefits of living in the United States.

One often wonders why all the leftists don’t simply relocate elsewhere, since they appear to hate freedom more than any of the immigrants from all over the world who would give just about anything to set foot in the United States, never mind live here.

Anyway, Dershowitz finally became fed up, and on September 15, 2020, he filed lawsuit in the United States District Court, specifically the Southern District Florida, with a “jury trial demanded.” The document, an excerpted image of which is included below, also breaks down the $300M, with $50M allocated to compensatory damages and $250M sought in punitive damages:

In addition, the lawsuit also notes the following key points:

“Following the airing of that clip over and over again, the hosts, together with their panel guests, including CNN employees and paid commentators, exploded into a one-sided and false narrative that Professor Dershowitz believes and argued that as long as the President believes his reelection is in the public interest, that he could do anything at all — including illegal acts — and be immune from impeachment,” the lawsuit said.

“The very notion of that was preposterous and foolish on its face, and that was the point: to falsely paint Professor Dershowitz as a constitutional scholar and intellectual who had lost his mind …

[N]o panel guest would have even considered embarrassing himself or herself on national television with their false conclusions had the video clip properly included the part where Professor Dershowitz unequivocally and unambiguously stated that an illegal act would prevent a quid pro quo from being lawful … The phrase that included the word ‘illegal’ was an essential part of his argument, and that is precisely why CNN decided to omit it. It is evident that the decision to omit the portion in question was no accident or simple negligence on the part of CNN.” [Source: The Western Journal]

This lawsuit is yet another vindication for Trump, who has correctly blasted the Communist News Network for what it is: fake news. And not even adequately executed fake news, as the network is constantly caught in its own fact-repellant lies or downright distortions.

One would think that CNN would know by now that it’s probably not the greatest idea in the world to defame someone, with Nick Sandmann representing one of the most well-known examples. After all, CNN, in conjunction with the despicable Washington Post and a number of other outlets, effectively tried to destroy a young, underaged man’s life based on a doctored video.

However, it also appears that the fake news employs a veritable litany of unsavory characters who believe in feelings over facts, and the ideological echo chamber that prevails at CNN must be so pervasive that all of them are literally blind to how out of touch they come across.

Yet, as mentioned at the beginning: Oops, CNN did it again. Except, unlike Britney Spears, the network appears unwilling to change its daily lifestyle around for the better. The network could learn a thing or two from Spears’ eternally catchy song.

So, CNN will likely do the same thing over and over and over again, which, in the end, will probably serve as the best promotion ever for Trump’s platform. After all, who would trust a “news” network that constantly fields defamation suits in between bashing the police and stoking racism?

Fortunately, their days of raging and rioting are hopefully coming to an end, once November arrives. One can only hope that the once great cities of the United States, which were destroyed by Democrat “leadership” can regain their glory under another four years of Trump.