INFOGRAPHIC: The States That Changed Mail-In Voting Rules for 2022 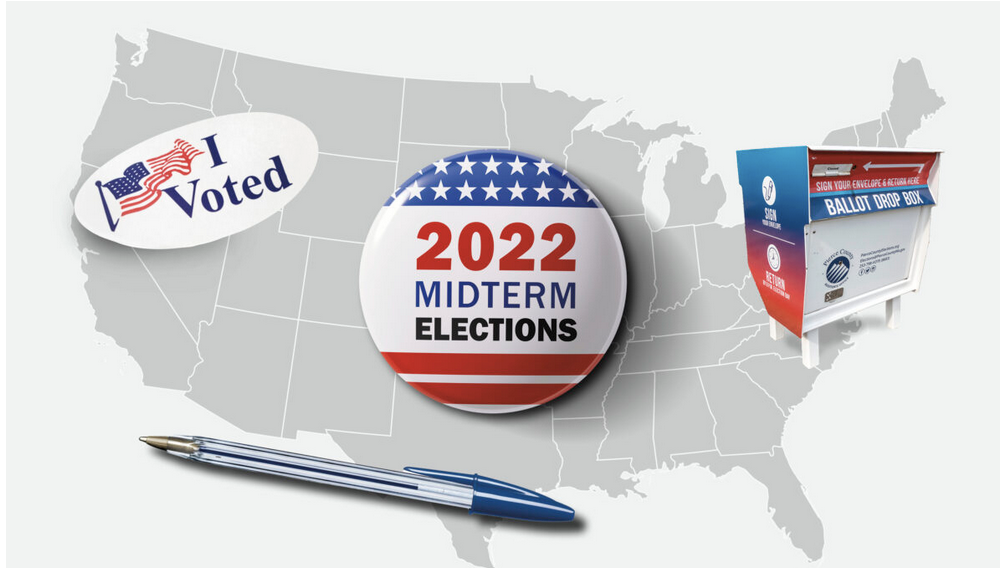 Rules for 2022
EIGHTEEN OF AMERICA’S STATES have changed their rules for
absentee voting in 2022. Some of the most substantial changes have come in response to the unprecedented use of mail-in voting in 2020. While blue states tend to focus on cementing the mail-in voting expansion executed during the COVID-19 pandemic, red states lean toward restrictions addressing the 2020 election controversies.
Arizona
TIGHTENS RULES
LOOSENS RULES
SB 1460
On June 7, Ducey signed a bill that allows people to vote a regular ballot in person even if they were sent an absentee ballot as long as the absentee one is marked in an electronic voting system as not returned or accepted or the person surrenders the ballot. Previously, all voters who were sent an absentee ballot had to vote a provisional one in person.
SCR1012, Proposition 309

On Feb. 28, the Arizona House of Representatives passed a resolution to introduce a ballot measure amending election rules. It would require voters to add an ID number and a date of birth on their mail-in ballots in addition to their signature.
HB 2492
On March 30, Gov. Doug Ducey signed a bill that tightens proof-of-residence and proof-of-citizenship rules for voter registration. Registrants would need to present an ID acceptable for voting in person, such as an Arizona driver’s license or a state ID number.
SB 1411
On July 6, the state passed a law requiring counties that use mail-in ballots to offer online ballot tracking to voters.
California
LOOSENS RULES
SB 504
On March 31, California enacted a law that requires convicted felons to get notified when their eligibility to vote is restored based on information provided by the state’s corrections department to the secretary of state. If people get such a notification and don’t know that they are in fact still not eligible to vote, such people would be immune from prosecution if they tried to vote. County election officials are also immune from prosecution if they act or fail to act based on erroneous information from the secretary of state.
AB 2608
On Aug. 22, Gov. Gavin Newsom signed a bill that relaxes ballot harvesting rules in California. People returning ballots on behalf of others no longer have to write on the envelope their relationship with the voter. They still need to put their name and signature on the envelope. The bill also allows voters to have a representative pick up a replacement ballot for them. The voter just needs to sign a request, and the signature needs to match the one on file with the election authorities.

Connecticut
LOOSENS RULES
HB 5262
On April 8, Gov. Ned Lamont signed a bill that expands valid excuses for absentee voting. In addition to people with an illness or disability,
those caring for people who are sick or disabled
are now also eligible.

On July 22, Gov. John Carney signed a bill that codifies a lot of the temporary provisions put in place during the COVID-19 pandemic. Residents can vote absentee without a valid excuse as long as they put an ID number or the last four digits of their Social Security number on the return envelope. With a valid excuse, they don’t need to include the number. The bill also authorizes ballot drop boxes, which were already used in 2020.
On April 25, Florida enacted a law that toughens penalties for election violations, ramps up the state’s election fraud investigation apparatus, and improves voter roll maintenance. It also limits drop boxes to select election supervisor offices. Some measures were amended out of the bill, such as the requirement to put an ID number on one’s mail-in ballot. Instead, it requires a feasibility study on the ID requirement.
Idaho
Illinois
TIGHTENS RULES
LOOSENS RULES

On March 23, Gov. Brad Little signed a bill that requires that officials investigate a voter’s registration if an absentee ballot sent to them is returned as undeliverable.
On May 13, Gov. J. B. Pritzker signed a bill that allows people with “print disabilities” to receive and sign an absentee ballot electronically, print it out, and return it as a regular ballot. Such voters can also sign up for the permanent absentee list, receiving their ballots this way automatically for each election. The bill also allows poll workers to duplicate ballots that can’t be counted by tabulation machines, even if those ballots aren’t damaged or defective.
Kentucky
TIGHTENS SOME RULES, LOOSENS OTHERS 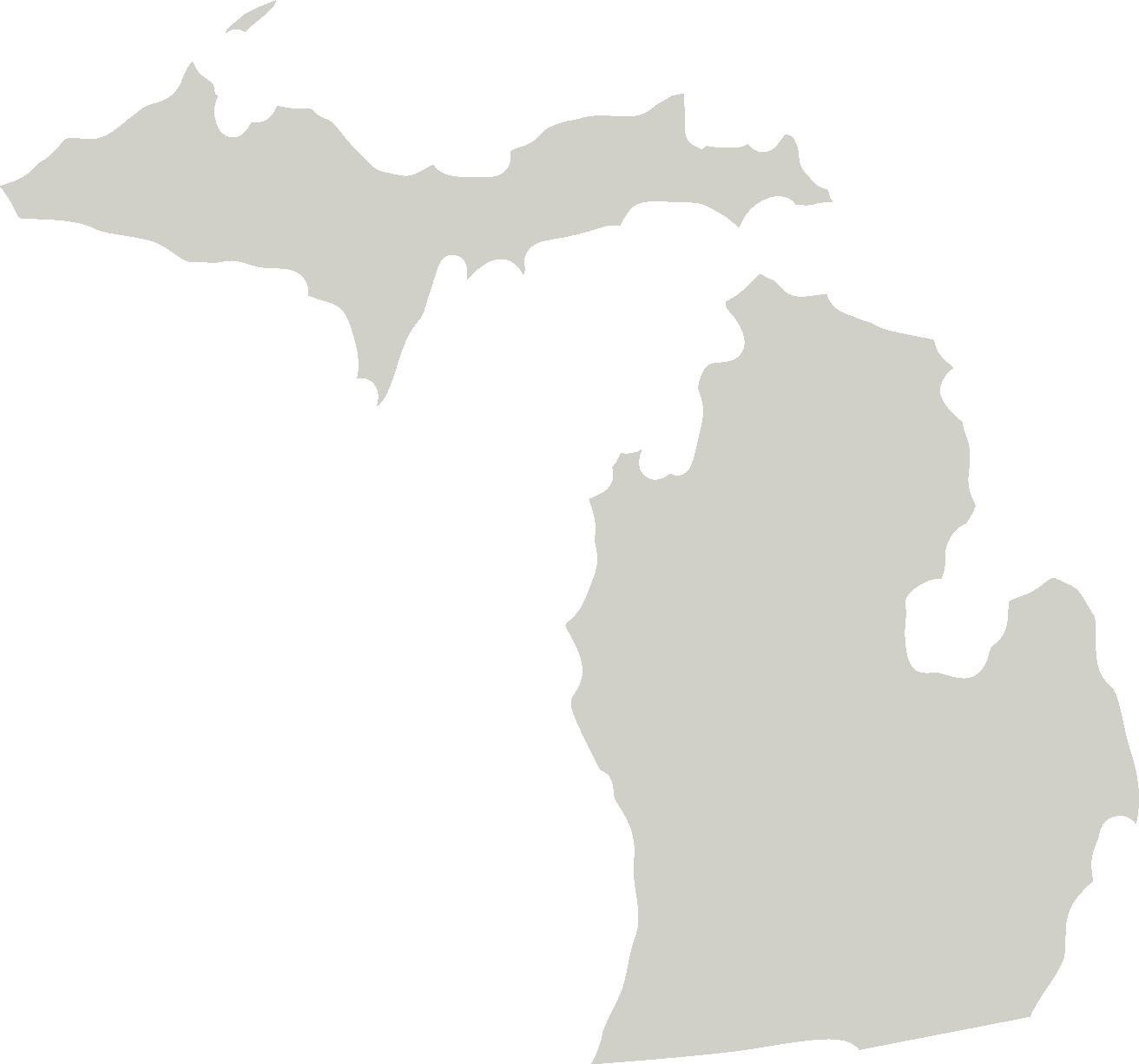 HB 4491
On Oct. 7, Gov. Gretchen Whitmer signed a bill that allows pre-processing of absentee ballots on the Sunday and Monday before Election Day in cities with over 10,000 residents. It also requires the appointment of partisan inspectors to observe the pre-processing and allows for the appointment of one challenger for every six inspectors. The bill also specifies some rules regarding ballot drop boxes, such as how often they need to be emptied. It says that only drop boxes installed after Oct. 1, 2020, need to be video monitored.
Louisiana
TIGHTENS RULES
SB 144/Act 539

On June 17, Gov. John Bel Edwards signed a bill that bans alternative drop-off sites for hand-delivered absentee ballots.
Massachusetts
LOOSENS RULES
SB 2924
On June 22, Massachusetts enacted an election reform that expands mail-in voting. Each voter will be sent a mail-in ballot application before an election. Voters can also apply online and for their family members, not just for themselves, and return ballots for their family members. The law explicitly allows ballot drop boxes. It requires signatures on mail-in ballots to be matched against the signature on the ballot application, unless a family member
was the one who applied on the voter’s behalf. Eligible voters are also no longer allowed to opt out of automatic registration during interactions with authorities, such as when applying for a driver’s license. Now they need to wait for the mailed registration notification, and only then can they opt out. Municipal clerks will also be able to hire poll workers regardless of party affiliation and other requirements if they have a shortage of qualified workers.

Missouri
TIGHTENS SOME RULES, LOOSENS OTHERS
HB 1878
officials from altering election laws through settlement agreements. This was a hot-button
issue in the 2020 elections, when officials and advocacy groups in some states circumvented legislators and changed election procedures by entering into settlement agreements over civil litigation. The bill also prohibits election officials from accepting private funding except for some in-kind donations. This measure is an apparent response to the hundreds of millions poured into local election offices by Facebook CEO Mark Zuckerberg ahead of the 2020 election. Some research indicated that the donations disproportionately benefited Democrats.

On June 29, Gov. Mike Parson signed a major bill that changes absentee and early voting rules. The law establishes no-excuse early voting. Previously, the state only allowed voting early or by mail with a valid excuse. The bill eliminates the option to vote a regular ballot in person without an ID. A provisional one would have to be cast.
The bill bans using ballot drop boxes, connecting election machines to the internet, and soliciting voters to get absentee ballot applications. People won’t be allowed to get paid for soliciting voter registrations, except with government money. The bill also prohibits vote-by-mail elections and bans
Nebraska
TIGHTENS RULES
LB 843

On April 19, Gov. Pete Ricketts signed an election reform bill that imposes some regulations on the use of ballot drop boxes, such as requiring them to be fastened to the ground and surrounded by a 200-foot no-electioneering zone. It also bans private funding from elections, except for donations of food and space.
New Jersey
LOOSENS RULES
AB 3822

On May 20, Gov. Kevin Stitt signed several election-related bills. One requires voters to put their ID number and birth date on an absentee ballot application in addition to their signature. The information must match the voter file. But if there’s no birth date or ID number on file, voters don’t need to provide it.days before Election Day instead of on Election Day.
Yet another bill aims at improving voter roll maintenance. It requires voters to be removed from the roll if the authorities get information that the voter is no longer eligible to vote at their current address, such as by registering to vote in another state or not responding to an address confirmation letter upon missing two election cycles. Previously, the law allowed removal of such registrations, but didn’t require it. 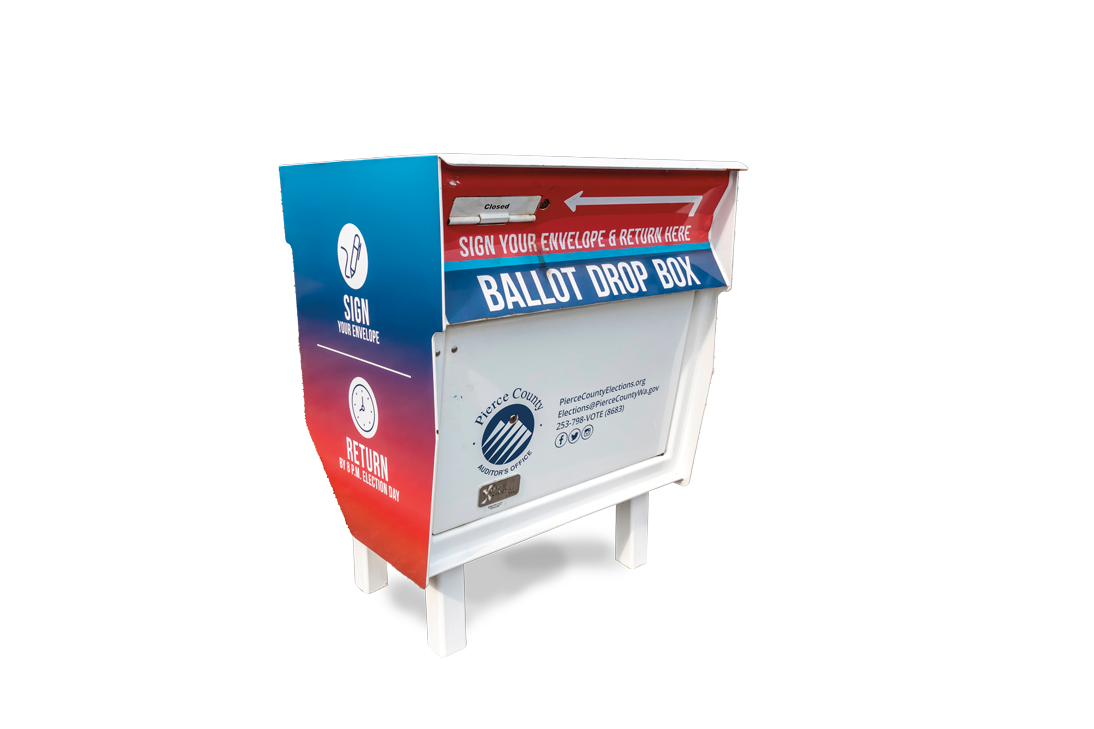 HB 3321
Another bill makes a number of changes to the election code. It bans connecting election equipment to the internet, albeit with some exceptions. It also prohibits people from distributing absentee ballot applications under the official letterhead of a candidate or an elected official.
Pennsylvania
TIGHTENS RULES
SB 106

In July, Pennsylvania passed a constitutional amendment resolution that would enshrine voter ID rules into the state’s constitution. To come into effect, the amendment would have to be passed again next year and then put up for a public vote.
Rhode Island
TIGHTENS RULES
LOOSENS RULES
HB 7428
HB 7100

On June 7, Rhode Island enacted a law that sets a specific absentee ballot signature verification process. Two reviewers need to agree on a signature match. If they don’t, two supervisory reviewers need to. If they don’t, the voter will be notified to cure the ballot defect. The law also allows absentee ballot processing to start 20 days (instead of 14 days) before an election and requires that the ballots be under constant video monitoring from the moment they are received. It also lets the election board set new rules for challenging mail-in ballot certifications.
Also on June 7, the state enacted an election reform that establishes no-excuse absentee voting. It removes the requirement to have notarized signatures on absentee ballot return envelopes. Voters can apply for absentee ballots online and sign electronically if they provide their ID number and date of birth. The law also mandates the use of ballot drop boxes.
South Carolina
TIGHTENS SOME RULES, LOOSENS OTHERS
bans campaign volunteers, not just paid campaign staff, from requesting an absentee ballot on somebody else’s behalf; bans election officials from sending out unsolicited absentee ballot applications; makes it a felony to give or accept anything of value for requesting, collecting, or delivering an absentee ballot; requires absentee ballots to include security features; allows campaign-appointed watchers to observe absentee ballot opening, but not so closely as to identify how specific people voted; elevates several election-related crimes, such as double-voting, to felonies; and bans election officials from accepting private funding. The bill also establishes early voting
in the two weeks preceding an election.
SB 108
On May 13, South Carolina enacted an expansive set of election reforms. Among other measures, it prohibits ballot drop boxes; requires photo ID for returning an absentee ballot in person; requires the last four digits of one’s Social Security number for requesting an absentee ballot; requires that absentee ballots be requested at least 11 days before an election, instead of four; constrains ballot harvesting by prohibiting a person from requesting or returning more than five absentee ballots other than his own; narrows valid excuses for absentee voting, such as by eliminating jury service and death in the family as excuses; 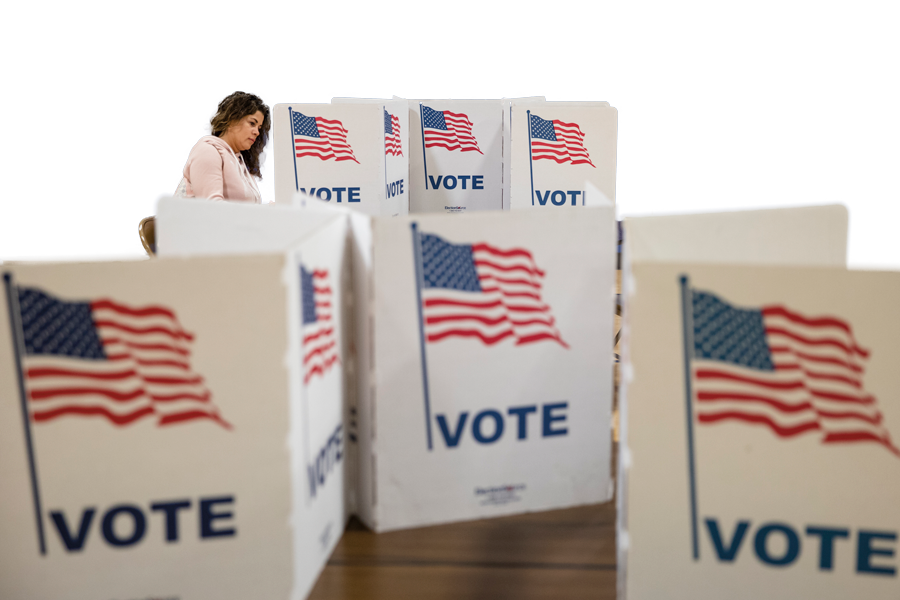