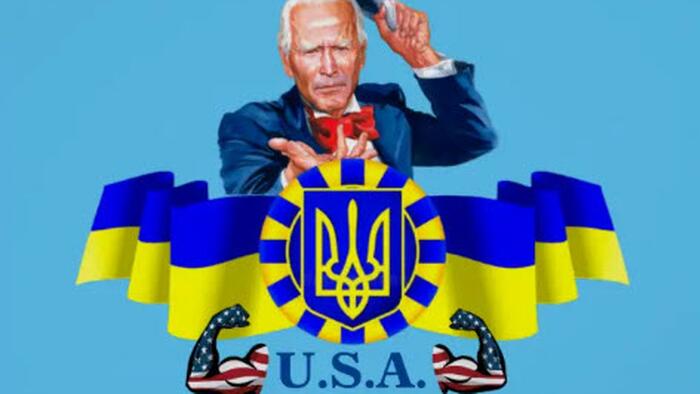 Authored by Yves Smith via NakedCapitalism.com,

Below we are reproducing a post from Ukraine Telegram, along with an assessment from Colonel Douglas Macgregor. A long-standing military colleague sent the material to Macgregor, who deems it to be authentic.

One thing that is striking about the text of Ukraine gaslighting messaging points is the focus on creating dissent in the military with the intent of achieving regime change in Moscow. One thing I have inferred despite my considerable distance from Russian Telegram is the degree to which it seems to be highly critical of the Russian government’s conduct of the war. This seems to go beyond possible self-selection. Yes, ex-soldiers and other war nerds can no doubt come up with mistakes made, as well as having a general hankering for more aggressive action. Mind you, Russia is now moving into that footing with its dissection of Ukraine’s electrical grid. That is presumably be followed sometime in the winter with an increase in the tempo of the war. But Surovikin promised a grinding war. If that translates into grinding in more places, and faster loss of Ukraine/Western men and materiel, will that be kinetic enough to make these armchair generals happy?

What has struck me with my limited contact with Russian Telegram is that its members seem too often to become overwrought about minor setbacks, like the loss of three Russian helicopters at an airbase due to apparent sabotage. Yes, this is bad and suggests not enough care was taken to prevent such an event (although one could easily argue given the ferocity of Ukraine intent that the level of successful terrorist operations has been comparatively modest). But the level of upset on Telegram seemed wildly disproportionate, and hence not organic…particularly given that the Western press also flogged the story.

Some of the messaging in the Western press is also so uniform as to raise questions about how so many journalists can suddenly be thinking the same thing. For instance, now that they can’t not mention Russia’s destruction of Ukraine’s electrical grid, the spin is that this move is an act of desperation by Russia, a last-ditch effort to salvage its failing campaign….which will clearly fizzle into nothing when they run out of missiles.

Now to Macgregor, who I hope you will thank for letting me publish his finding. Hoisted from e-mail:

I am indebted to XXXX who sent this material to me this morning. The material is very revealing.

The instructions below from the Kiev Government to its propaganda organs read like talking points for the Washington Post, New York Times, and most of the major western media. These points were lifted from a Ukrainian telegram channel. The stories that appear in Western media begin with the utterly false and misleading assertions on the list below. Encouraged by Western Governments, Western Journalists eagerly adopt them and present the fairy tales that proceed from them as factual.

Trotsky who distinguished himself during the Russian Civil War and the Russian Invasion of Poland with the creation of similarly effective lies and fabrications would be enormously proud of Zalenskiy and the work he and his apparatus are doing.

According to the source, this is a conditional training manual for a week from the functionaries of the Office of the President and CIPSO for their bot farms and social media to work in the RU segment.

Topic: Losses in manpower and equipment

Topic: Russia is a terrorist state