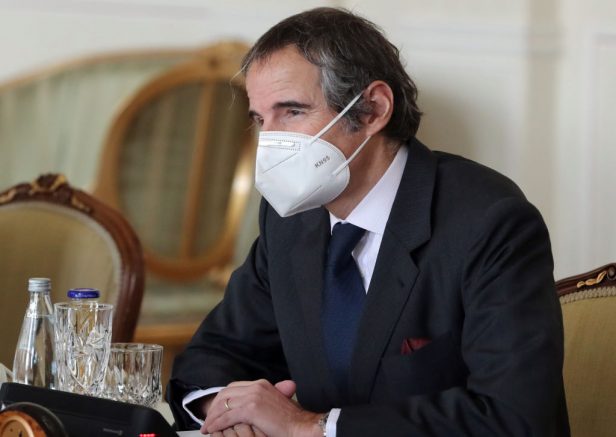 The head of the Vienna-based International Atomic Energy Agency (IAEA), Rafael Grossi, is pictured during a meeting with Iran’s foreign minister in Tehran on February 21, 2021. (Photo by STR/AFP via Getty Images)

Officials with the International Atomic Energy Agency came to an agreement with the Ayatollah regime to continue inspections of Iran’s nuclear facilities. On Sunday, Iran agreed to allow UN inspectors to monitor their nuclear activities for up to three months.

Iran violated the international law while seeking to develop a nuclear weapon. Despite the latest agreement with the UN, inspectors said Iran still restricted access to some of its nuclear objects. This was partly done as retaliation to the assassination of Iranian nuclear scientist Mohsen Fakhrizadeh in November of 2020.

“My hope and the hope of the IAEA has been to stabilize a situation, which was very unstable,” IAEA Director Rafael Grossi said. “And I think this technical understanding does it so that other political consultations on other levels can take place.”

Political analysts believed Iran’s deal with the UN could buy the Biden administration more time to negotiate a restoration of the failed Nuclear Deal.