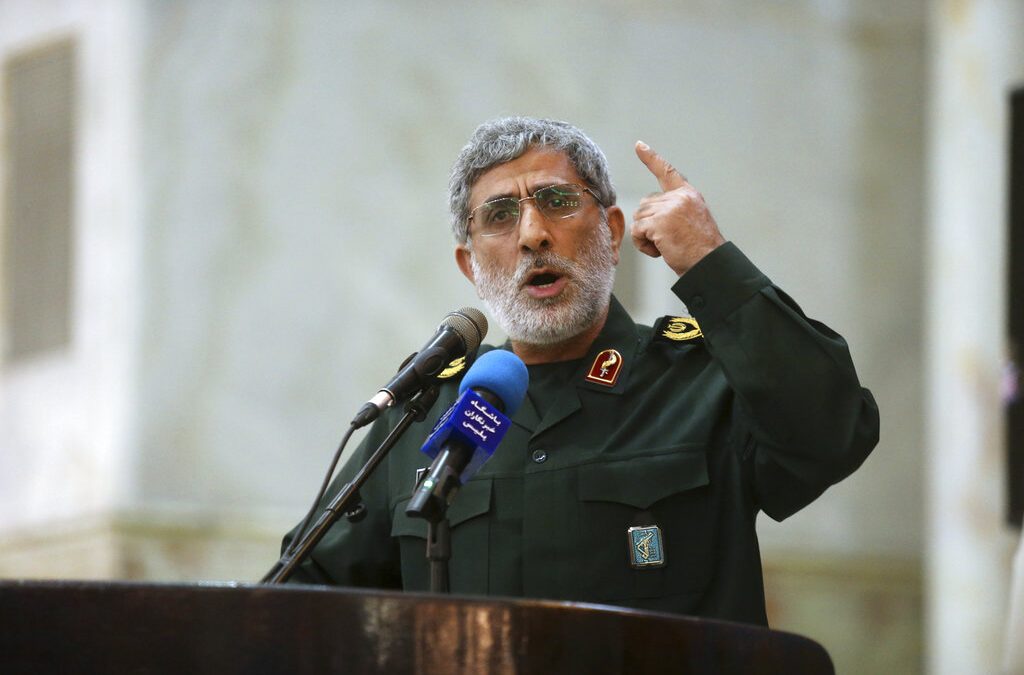 In this May 24, 2017 photo, Gen. Esmail Ghaani speaks in a meeting at the shrine of the late revolutionary founder Ayatollah Khomeini just outside Tehran, Iran. (Hossein Zohrevand/Tasnim News Agency via AP)

Iran has officially named the successor of General Qasem Soleimani, who was killed in a U.S. led airstrike earlier this week. Iranian Commander Esmail Ghaani assumed leadership of the Quds Force this week, hours after Soleimani’s death.

“Be patient, and you will see the bodies of Americans all over the Middle East,” he said.

Iran’s supreme leader said the program of the Quds Force will remain unchanged as the commander settles into his new position. Reports said Ghaani is one of the top deputies in the country’s forces.

Brigadier General Qa’ani has been appointed new Commander of IRGC Quds Force. The strategy of the Quds Force will be identical to that during the time of Martyr General Soleimani pic.twitter.com/a2zjhp90QP 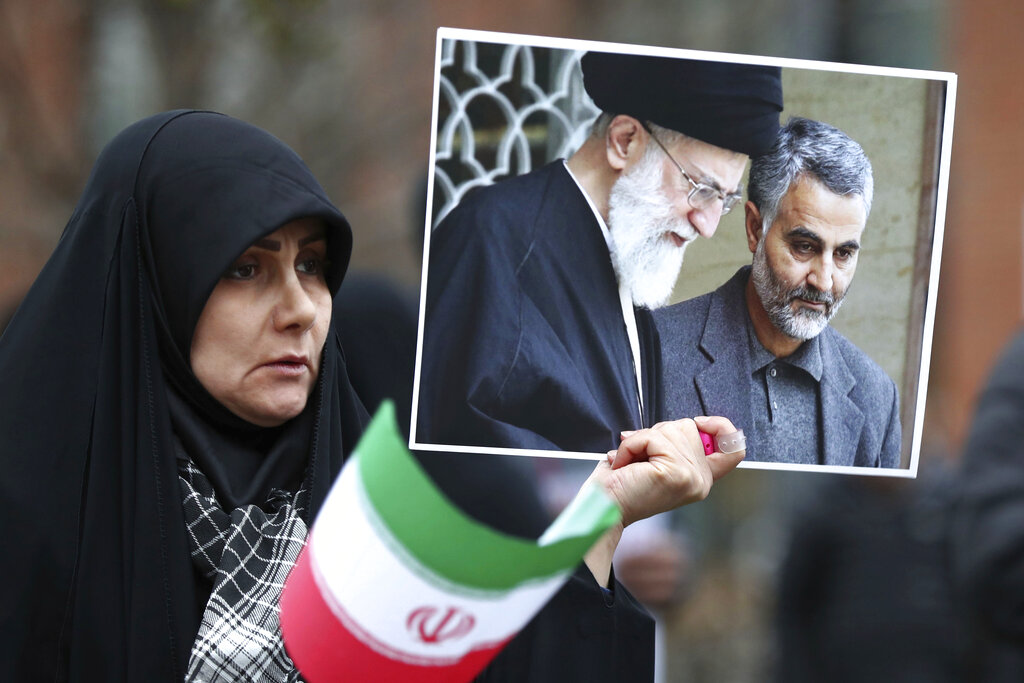 Protesters demonstrate outside the US Embassy in London, Sunday Jan. 5, 2020, after the US killed the head of Tehran’s elite Quds Force and Iran’s top general, Qassem Soleimani, right in photo, in a drone strike at Baghdad’s international airport. (Gareth Fuller/PA via AP)

Following Soleimani’s death, Iran asked the United Nations to condemn the United States. On Saturday, officials sent letters to the UN Security Council, claiming the airstrike was an act of terrorism that should not be tolerated.

Other UN ambassadors have also condemned the attack, saying the action will only make tensions worse.

“The great power of the United States (was) used to kill somebody the way gangs do it,” stated Ambassador Bashar Ja’afari. “This is why the Syrian Arab Republic condemns, in the strongest terms, the U.S. criminal aggression.”

A red flag, which represents what the country is calling “wrongful bloodshed,” was put up in Iran on Saturday as a sign of revenge. Since Soleimani’s death, many Iranians have vowed to avenge him.

Red Flag: A Symbol Of Severe Battle To Come.#Qaseemsulaimani#قاسم_سليماني pic.twitter.com/B1mcePk4Ri