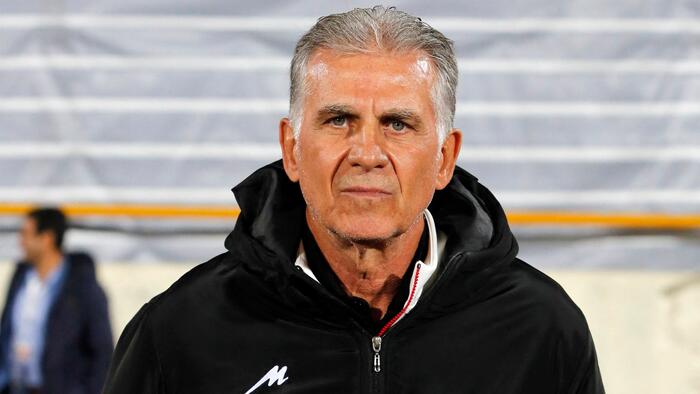 Iranian soccer coach Carlos Queiroz of Portugal is the longest-serving manager in the history of the Islamic Republic’s national team, but ahead of the much anticipated and charged rivalry pitting Iran vs. USA in a match set to kick off early afternoon Tuesday (US time) he is lamenting Qatar 2022 as the most politically charged World Cup in recent memory.

Queiroz has this week been lashing out over himself and the Iranian team being unfairly targeted by reporters’ provocative political questions which he says no other team has had to face. “I still believe I can win games with those mental games,” Queiroz said according to Reuters. “Those … events surrounding this World Cup I hope will be a lesson for all of us in the future, and we learn that our mission is here to create entertainment and for 90 minutes make people happy.”

“We have solidarity with humanitarian causes all over the world,” Queiroz said in response to being consistently peppered with questions over the ongoing anti-government protests inside Iran which have resulted in over 400 deaths, according to some external estimates.

The coach then took a swipe at the United States and the human rights issue:

“You talk of human rights, racism, kids dying in schools with shootings, we have solidarity with all those causes. But here our mission is bring smiles to all people for 90 minutes.”

Prior to this latest tense press conference, Queiroz was seen tangling with reporters, firing back that they don’t dare ask other national teams politically-charged questions:

Why don’t you ask Southgate such kind of questions?

Controversy raged over the weekend after the US team’s social media accounts briefly featured an altered Iranian flag which was missing the Islamic emblem in the center. On Monday the US team coach Gregg Berhalter took the rare step of apologizing for the flag logo incident. “I’m not well versed on international politics. I’m a football coach,” he had stressed while being grilled by international reporters covering the World Cup in Doha.

We might add that he has a good point, given that after all, the World Cup is a soccer tournament, not the United Nations.

Meanwhile, additional controversy was unleashed when a BBC panel essentially accused the Iranian team of cheating their way through the tournament, after the upset over Wales. One panelist, Jurgen Klinsmann, repeatedly said that playing dirty was within the Iranians’ “culture” – prompting outrage over the stereotype…

“that’s their culture” – host of BBC’s #WorldcupQatar2022 prompts Klinsmann, star of the melodramatic in his time, to accuse Iran of using sinister oriental ways in beating Wales

they even go after the Guatemalan referee

NB: how many teams does the UK have again? https://t.co/G7SRZ5vcAI pic.twitter.com/5vsXKjcaqD

The Iranian team’s coach Queiroz responded in part as follows:

You took the initiative to call me Carlos, so I believe it is proper to call you Jurgen. Right?

Even not knowing me personally, you question my character with a typical prejudiced judgment of superiority.
(…) pic.twitter.com/JAq0l7Yp6n

we promise you that we will not produce any judgments regarding your culture, roots and background and that you will always be welcome to our Family.

Making things even more dramatic and crossing further into some very serious allegations, a number of major Western media outlets on Tuesday reported that the Iranian government has threatened the players and families of the national soccer team.

Following the refusal of Iranian players to sing the nation’s national anthem in their opening match against England on November 21, the source said that the players were called to a meeting with members of the Iranian Revolutionary Guard Corps (IRGC).

The source said that they were told that their families would face “violence and and torture” if they did not sing the national anthem or if they joined any political protest against the Tehran regime.

But the report seems dubious given it is sourced to a single anonymous official described as “a source involved in the security of the games.” So are we talking about a rent-a-cop standing at a ticket booth?

Additionally, the report would have the reader believe that Iran’s most elite military wing, the IRGC, have such a presence at the World Cup in Doha (on foreign soil) that they can summon the national team to a meeting wherein players are supposedly treated to a pep-talk on the “torture” they and their families face at home if they don’t perform up to par.

All of this melodrama sets the stage for what’s sure to be one of the most hard-fought matches of the tournament. Looming large in the background is also the fact that the United States has repeatedly openly called for regime change in Tehran. Thus should the Iranian team pull this one off, it will be taken inside Iran as a monumental defeat of the “great Satan”.

Meanwhile, headed into the match, the US team is grilled by an Iranian journalist…

Iranian journalists tried hijacking a #USMNT press conference and Tyler Adams handled it with outstanding class that only America’s captain could. 🫡