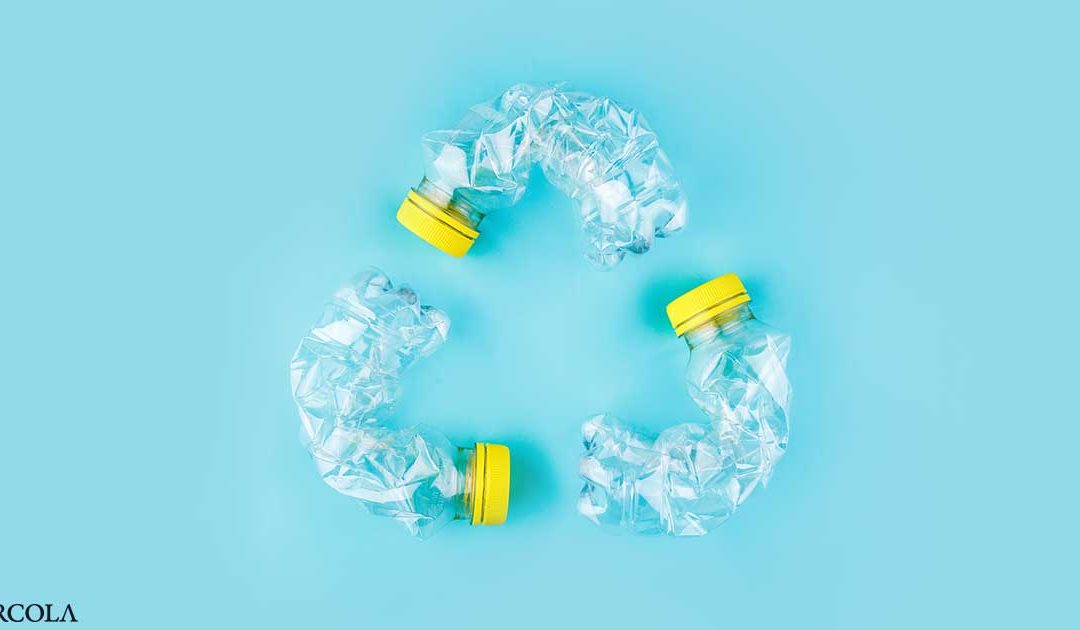 This article was previously published March 18, 2020, and has been updated with new information.

As plastic pollution has become a more well-recognized problem, public awareness about the need for recycling has grown as well. The question is whether or not recycling is a viable answer. Growing evidence suggests plastic recycling efforts can have only a minor impact even under the best of circumstances. As reported by The Guardian:1

“Consumers are led to believe that the Earth would be healthy, if only they recycled properly, when, in reality, there is no market for most plastics to be recycled …

Past studies have shown only about 10% of plastic gets recycled, but … once those numbers are updated to reflect the recent collapse of the recycling market, it will probably show that only about 5% is getting recycled.”

Increasing recycling may sound like the answer, but as Jim Puckett, executive director of the Basel Action Network, tells Tim Dickinson of Rolling Stone magazine,2 “When you drill down into plastics recycling, you realize it’s a myth.”

“Since 1950, the world has created 6.3 trillion kilograms of plastic waste — and 91 percent has never been recycled even once, according to a landmark 2017 study published in the journal Science Advances.

Unlike aluminum, which can be recycled again and again, plastic degrades in reprocessing, and is almost never recycled more than once,” Dickinson writes.3

“Modern technology has hardly improved things: Of the 78 billion kilograms of plastic packaging materials produced in 2013, only 14 percent were even collected for recycling, and just 2 percent were effectively recycled to compete with virgin plastic. ‘Recycling delays, rather than avoids, final disposal,’ the Science authors write. And most plastics persist for centuries.”

As reported by The Guardian,4 Earth Island Institute filed a lawsuit5,6 against 10 major companies at the end of February 2020, in an effort to force them to take responsibility and pay for the environmental and ecological destruction their products are causing.

According to Environmental Health News,7 “Two-thirds of all plastic ever produced remains in the environment,” which helps explain why tap water, bottled water,8 sea salt9 and a variety of seafood10 all come with a “side order” of microplastic.

At the rate we’re going, plastic will outweigh fish in our oceans by 2050.11,12 By 2009, plastics already outweighed marine plankton 6-to-1,13 and more than half of the plastic currently inundating every corner of the globe was created in the last 18 years alone.14 With plastic pollution estimated to double in the next decade,15 it’s quite clear we’re traveling full speed ahead on an unsustainable path.

The companies named in the suit — Coca-Cola, Pepsi, Nestlé, Clorox, Crystal Geyser, Mars, Danone, Mondelēz International, Colgate-Palmolive and Procter & Gamble — were identified as the top producers of the plastic debris collected during a worldwide audit in 2019, in which 72,000 Break Free From Plastic volunteers picked up beach trash.

These companies, Earth Island Institute says, rely on single-use packaging that never gets recycled and ends up as environmental litter instead. The lawsuit, which was quickly remanded to the county court in February 2021, also demands an end to advertising claiming these kinds of single-use products are recyclable, since a vast majority never are.

In March 2021 Sumona Majumdar, Earth Island Institute’s general counsel, called this a victory in that “the defendants will be less able to create further delays to the case.”16 In an earlier public comment, David Phillips, executive director of Earth Island Institute, told The Guardian:17

“These companies should bear the responsibility for choking our ecosystem with plastic. They know very well that this stuff is not being recycled, even though they are telling people on the labels that it is recyclable and making people feel like it’s being taken care of …

This is the first suit of its kind. These companies are going to have to reveal how much they’ve known about how little of this stuff is being recycled.

It’s not that we’re slamming recycling. We’re totally in favor of recycling. We just want companies to take responsibility for what’s really happening to all this plastic they’re producing.”

A little-known problem that contributes to the misperception that plastic is being properly recycled — provided you put it in your recycling bin — is the fact that many recycling facilities cannot process mixed plastics, even though many mixed plastic products are marked and marketed as being recyclable.

A 2020 Greenpeace survey of hundreds of U.S. recycling facilities reveals none were able to process coffee pods, for example, and each pod may take up to 500 years to degrade naturally.18 “Fewer than 15% accepted plastic clamshells … and only a tiny percentage took plates, cups, bags and trays,” The Guardian reports.19

Rather than getting better, U.S. recycling efforts are faltering since China stopped accepting plastic waste for recycling in 2018. With infrastructure lacking, much of the plastic being collected for recycling is simply sent to landfills. John Hocevar, director of Greenpeace’s Oceans Campaign tells The Guardian:

“This report shows that one of the best things to do to save recycling is to stop claiming that everything is recyclable. We have to talk to companies about not producing so much throw-away plastic that ends up in the ocean or in incinerators.”

Based on its findings, Greenpeace is considering filing federal complaints against companies that “mislead the public about the recyclability of their packaging,” as such claims violate the Federal Trade Commission’s Green Guides that state “marketers must ensure that all reasonable interpretations of their claims are truthful, not misleading and supported by a reasonable basis.”

Being more transparent about the recyclability of plastics would also save municipalities lots of money. According to The Guardian,20 Berkeley, California, alone spends $50,000 a year “attempting to recycle material that largely isn’t recyclable.” So, rather than making a profit, recycling facilities end up subsidizing brands that falsely claim their products are recyclable when in fact they aren’t.

Shocking Amount of Plastic Ingested Over a Lifetime

The plastic pollution extends to our own bodies. According to a study commissioned by the World Wildlife Fund and carried out by University of Newcastle, Australia, people consume, on average, 5 grams of plastic per week.21

Based on an average human life span of 79 years, the average person will consume 44 pounds (20 kilograms) of plastic, which equates to about two recycling bins’ worth.

While seafood may sound like a logical source of most of this plastic, data reveal that drinking water is actually the primary source. Investigators have found plastic particles in all water sources, including groundwater, surface water, tap water and bottled water22 throughout the world.

Research24 has also shown we inhale microscopic particles of plastic each day. Plastic particles identified in indoor air include synthetic fibers such as polyester, polyethylene and nylon, and nonsynthetic particles composed of protein and cellulose.25

As in the environment, plastic does not break down in the human body, and many of the chemicals used in the manufacture of plastics are known to disrupt embryonic development, dysregulate hormones and gene expression, and cause organ damage. They also have been linked to obesity, heart disease and cancer.

So, while researchers claim the health effects of all this plastic in our diet are still unknown, it seems logical to suspect it can wreak havoc on public health, especially younger people who are exposed right from birth.

As Pete Myers, Ph.D., founder and chief scientist of the nonprofit Environmental Health Sciences and an adjunct professor of chemistry at Carnegie Mellon University told Consumer Reports, “There cannot be no effect.”26

Of the 10 companies named in the Earth Island Institute’s lawsuit, Coca-Cola is responsible for the creation of more plastic trash worldwide than the next three top polluters — Nestlé, PepsiCo and Mondelēz International — combined.27,28

And, while Coca-Cola claims it is “working to … help turn off the tap in terms of plastic waste” and that it is “investing locally in every market to increase recovery of our bottles and cans,”29 evidence suggests the company has in fact been undermining recycling efforts by lobbying against so-called “bottle bills” or deposit laws that require companies to add a deposit charge to their bottled beverages that is then refunded when the bottle is returned for recycling.30 As reported by The Intercept:31

“States with bottle bills recycle about 60 percent of their bottles and cans, as opposed to 24 percent in other states. And states that have bottle bills also have an average of 40 percent less beverage container litter on their coasts, according to a 2018 study32 of the U.S. and Australia …”

However, these kinds of bills also place a portion of the responsibility and cost of recycling on the companies selling the bottles which, undoubtedly, is why Coca-Cola and other beverage makers keep fighting against them whenever they come up.

Coca-Cola also doesn’t appear to be sincere in its promises to “turn off the tap” of plastic waste, considering it uses virgin plastic (so-called nurdles, which are a key plastic pollutant) to make bottles rather than using recycled materials.

The Break Free From Plastic Pollution Act of 2020

Lawsuits are not the only route being attempted to rein in plastic pollution at its source. As reported by Rolling Stone,33 New Mexico Sen. Tom Udall introduced new legislation — the Break Free From Plastic Pollution Act of 2020 — which would have held companies that profit from plastic accountable for the pollution they create.

Aside from banning certain single-use plastic items, the bill would have required companies selling plastic products to finance “end of life” programs to ensure the plastic doesn’t end up polluting the environment.

The bill stood like David against Goliath, considering the plastic industry involves not only global food and beverage companies but also Big Oil and the tobacco industry. Sadly, but not surprisingly, the bill died without action in the House of Representatives.34 It’s unfortunate because at present, plastic pollution carries a societal price tag of $139 billion a year. By 2025, it’s expected to be around $209 billion.35

All of these industries have deep pockets and are notorious for their extensive lobbying and PR expertise. As just one example, Rolling Stone highlights the industry-funded nonprofit Keep America Beautiful, which in the early 1970s aired public-service announcements decrying littering.

“People start pollution. People can stop it,” the ads said. Little did the public realize that this was simply a clever way to shift the blame of mounting plastic pollution onto consumers. Meanwhile, behind the scenes, Keep America Beautiful fought to prevent bans on single-use packaging.

As noted by Rolling Stone, Big Oil plays a significant yet largely hidden role in all of this. As countries around the world are weaning its citizens off gas powered transportation, oil companies are homing in on the plastic industry for its continued growth.

By forcing companies to solve the pollution problems their products produce, and pay for the implementation of those solutions, they just might rethink their unwillingness to switch to materials that are recyclable not just once but repeatedly, such as glass or aluminum. We as consumers can also incentivize such changes by minimizing our day-to-day use of plastic items of all kinds.

Reduce Your Dependency on Plastic

It can be extraordinarily difficult to avoid plastic, considering most food and consumer goods are enshrined in plastic packaging. However, you can certainly minimize your dependency on these products. For example, consider: