Is Reality a Hologram? a Social Agreement? or Just in Your Mind? Scientists Explain What Reality Really Is 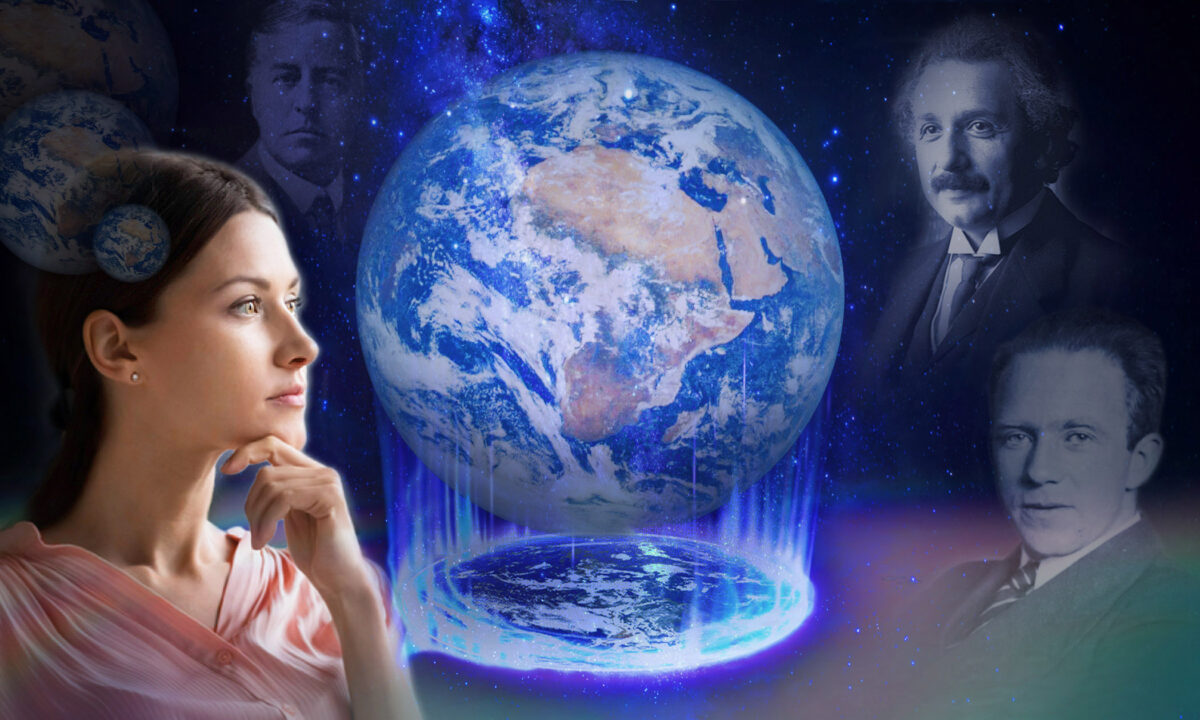 Just because it’s all in your head, doesn’t mean it’s not real.

Some define “reality” as the physical state of things—the way they “actually exist”—as distinguished from how they are conceptualized, or imagined, in our minds. Thus, the consciousness existing in our minds is often mistrusted and deemed a poor judge of reality. But this poses a question: Can reality be judged without consciousness?

Physicist Steven Nahn of MIT, who found evidence in 2012 for the Higgs boson particle, once said on a Science Channel program, “I absolutely believe reality is a real thing, but that does not mean we understand it.”

Is Reality Just Something We Agree On?

In the dystopian novel by George Orwell “Nineteen Eighty-Four,” the government was all powerful. When they determined that 2+2=5, society was so fearful that they didn’t dare disagree. The fallacious notion became reality. Anyone who said 2+2=4 was wrong.

While this may seem preposterous, that 2+2=5, one may ask: to what extent do such societal agreements shape reality elsewhere in our lives, in subtler ways perhaps?

Humans sometimes do conspire to found a reality. The value ascribed to a dollar note, for example, represents neither the value of the paper it’s made of nor the ink used in its printing. Its value stems from our collective agreement.

Philosophy Now magazine poses a question: “What is the nature of reality?” It examines a problem arising from when we base reality on our collective agreements. “Promises, agreements, treaties are real only so long as they can be trusted,” they write. “Some plans and commitments are called unreal because we know they will come to nothing.”

“The illusion comes when we confuse the reality we experience with the physical reality, the thing-in-itself.”
— Peter Russell

Peter Russell—who studied mathematics and theoretical physics at Cambridge University before switching his focus to experimental psychology—wrote on his website: “It is sometimes said that our image of reality is an illusion, but that is misleading. It may all be an appearance in the mind, but it is nonetheless real—the only reality we ever know. The illusion comes when we confuse the reality we experience with the physical reality, the thing-in-itself.”

Is Reality Inseparable From Consciousness?

Reality is and always shall be a function of our consciousness. Some of the most prominent scientists of our time tell us this. One may as well face the fact—even if some branches of science still have not.

In his book “Margins of Reality,” Robert G. Jahn, professor of aerospace science and dean emeritus of the School of Engineering and Applied Science at Princeton University, cites several attestations on the topic of consciousness and reality, drawing from famous minds:

Albert Einstein once said, “All concepts, even those which are closest to experience, are from the point of view of logic, freely chosen conventions, just as is the case with the concept of causality.”

The pioneering quantum physics Werner Heisenberg stated, “The same organizing forces that have shaped nature in all her forms are also responsible for the structure of our minds.”

Astrophysicist Sir James Jean proclaimed, “The concepts which now prove to be fundamental to our understanding of nature … seem to my mind to be structures of pure thought, … the universe begins to look more like a great thought than like a great machine.”

Sigmund Freud noted, “Our mental apparatus … itself is a constituent part of that world which we are to investigate.”

Philosopher Arthur Schopenhauer said: “The intellect and matter are correlatives … one exists only for the other; both stand to fall together; the one is only the other’s reflex. They are in fact really one and the same thing, considered from two opposite points of view.”

Is Reality All Just a Hologram?

One final possibility, postulated in the field of theoretical physics, holds that a higher dimensional plane might lie at the heart of reality. While our three-dimensional world—the one we know and observe through our five senses—could be just a projection, a holograph, mimicking that transcendent space beyond our reach. This is just one more theory proposed by scientists today.