Is use of COVID vaccines unethical ‘human experimentation’? 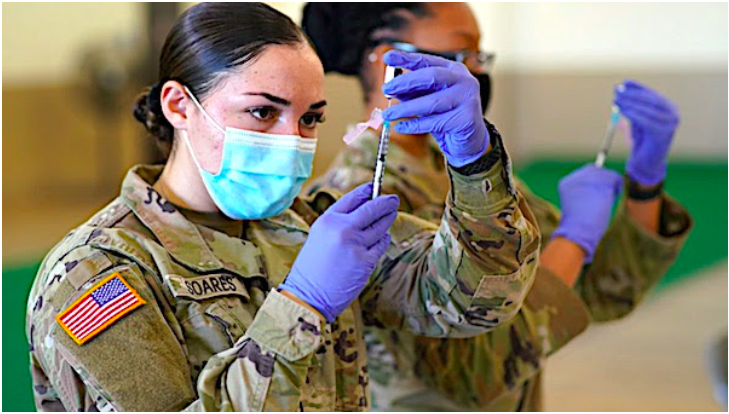 Note: Dr. Orient is executive director of the Association of American Physicians and Surgeons, AAPS.

After more than a year, SARS-CoV-2 is still killing people. But we are learning more about how it does its lethal damage.

Although COVID-19 is thought of as a respiratory disease, many victims have damage to their heart and other organs, plus neurologic symptoms such as headaches, impaired consciousness, hallucinations, loss of smell and taste, and stroke. Yet the virus does not seem to invade the heart or the brain directly.

What researchers do find is blood clots, both microscopic and large.

The whole virus may not be needed to cause harm. The spike protein alone can evidently damage the lining of blood vessels, leading to blood clots. Spike protein injected into mice crossed the blood-brain barrier, caused neurologic signs (thirst and stressed behavior) and was taken up by other tissues.

The COVID vaccines produced by Pfizer, Moderna and AstraZeneca contain genetic material that induces the vaccinated person’s own cells to manufacture spike protein, which then stimulates production of antibodies intended to attack the virus.

In a Dec. 8 submission to the U.S. Food and Drug Administration (FDA) Vaccines and Related Biological Products Advisory Committee (VRBPAC), pediatric rheumatologist J. Patrick Whelan, M.D., Ph.D., expressed concern that mRNA products, through spike proteins, have “the potential to cause microvascular injury [inflammation and small blood clots called microthrombi] to the brain, heart, liver and kidneys in ways that were not assessed in the [vaccine] safety trials.”

In an urgent open letter to the European Medicines Agency (EMA), physicians and scientists called for responses to a number of issues, including blood clots due to the binding of the viral spike protein to platelets. Unless their safety concerns are adequately addressed in studies, the signatories demand that approval of use of gene-based vaccines be immediately withdrawn.

“There are serious concerns … that the approval of the COVID-19 vaccines by the EMA was premature and reckless, and that the administration of the vaccines constituted and still does constitute ‘human experimentation,’ which was and still is in violation of the Nuremberg Code.”

More than a dozen countries suspended administration of the Oxford-AstraZeneca vaccine when fatal blood clotting disorders were reported, but resumed use when EMA declared it safe and effective. The vaccine was said not to increase the overall risk of clots.

An Israeli organization, Anshei Emet, has filed suit in the international Criminal Court in The Hague, claiming that the government’s coercive mass vaccination campaign is a human experiment, violating the Nuremberg Code, which requires informed consent. In Israel, people have to prove they have been vaccinated even to enter a bar. The lawsuit claims that the Ministry of Health has admitted to a 41% incidence of severe side effects in medical and police personnel.

In the U.S., people are supposed to sign a consent form to receive the vaccine. The form for the Moderna product reads: “I voluntarily elect to receive the COVID-19 vaccination at […] after carefully considering the risks and benefits.” It might not be entirely clear that you take the vaccine at your own risk as manufacturers have no legal liability for adverse effects.