Israel on of the most vaxxed Countries in the World is at it again #5? Could it be they were mislead, lied to? 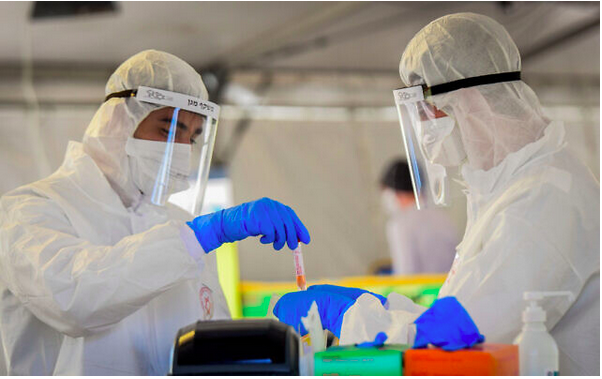 With coronavirus cases rising, Prime Minister Naftali Bennett and Health Minister Nitzan Horowitz met Wednesday with health officials and agreed there would not be new virus restrictions implemented at this stage.

The announcement that there would be no immediate change in policy came hours after coronavirus czar Salman Zarka said Israel appears to be at the start of a new wave of infections, and said that a fifth dose of the vaccine may be necessary for some sectors of the population.

According to Health Ministry data released Wednesday morning, 4,585 people were diagnosed with the coronavirus a day earlier, taking the number of confirmed active cases to 19,221.

Demonstrating the rise in new cases, four Knesset lawmakers announced they have tested positive for the virus in recent days.

The transmission rate reached 1.19 on Wednesday morning. The figure measures how many people each coronavirus carrier infects on average, with any reading above 1 meaning the spread of COVID-19 is increasing. It first began to rise above 1 in mid-May, having stayed below the threshold for nearly two month

While the Prime Minister’s Office said in a statement that there will be no policy change, a team advising the Health Ministry recommended on Tuesday that the public resume wearing face masks indoors, especially in gatherings. The team did not specifically direct the advice toward elderly and at-risk members of the population.

The mandate for face coverings in medical settings will remain in place.

In addition, the statement said there will be close monitoring of infection rates, including via testing the sewage system.

The meeting was held as case numbers rise in Israel, with virus czar Zarka saying it appeared to be the start of a new wave of infections.

“Unfortunately, it seems we are starting a new coronavirus wave in Israel — the BA.5 [variant] wave,” Zarka told a medical conference on Wednesday. 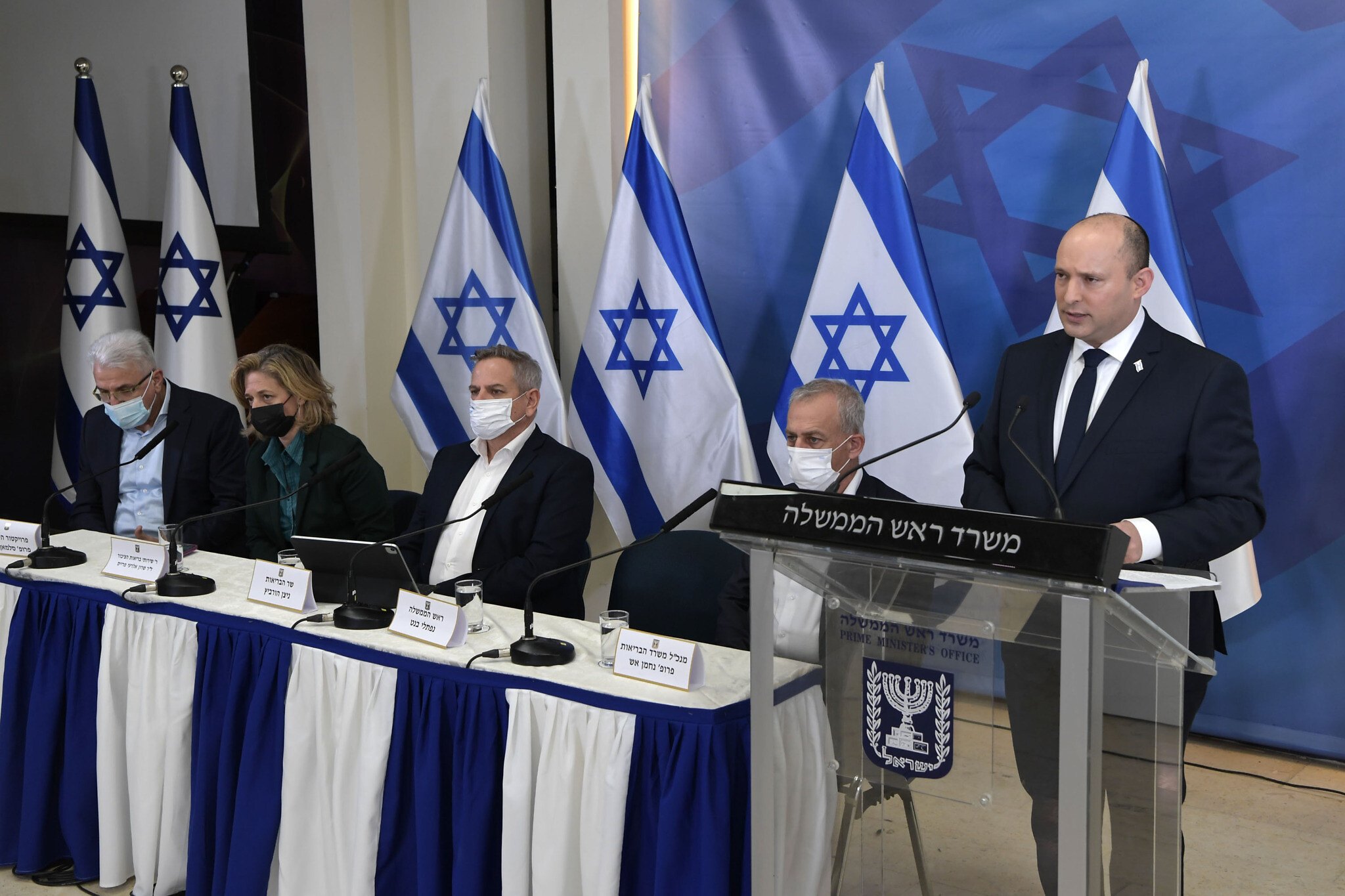 The Omicron BA.5 subvariant was one of the strains responsible for the latest surge of infections in South Africa.

Zarka also said that health officials would weigh the possibility of recommending a fifth dose of the vaccine to some segments of the population, but the health advisory team declared later that it didn’t recommend rolling out another booster yet, and said that such a decision will be weighed again in accordance with morbidity rates.

The team recommended allowing anyone over the age of five to receive a booster shot. It added a recommendation that health care workers be required to be triple-vaccinated.

The recommendations will be presented to Health Ministry Director-General Nachman Ash for approval.

Zarka is spearheading the national response to the pandemic, although last month he returned to his job as director of the Ziv Medical Center in Safed amid declining cases.

Zarka said recently that by September or October, Israel’s population will be largely unprotected.

Last week, the health ministry director-general spoke of the “dilemma” posed by the prospect of conducting a possible fifth round of COVID-19 vaccinations before winter.

“It will be a big challenge to convince people to take a fifth vaccination, and that will influence the decision,” Ash said.

Israel has largely dropped all its coronavirus restrictions, with the exception of isolation for those who test positive and a mask requirement in medical settings.

Health officials in recent weeks held discussions on dropping the isolation requirement. However, according to a report by the Kan public broadcaster on Wednesday, talks on the matter will be paused if cases continue to rise. 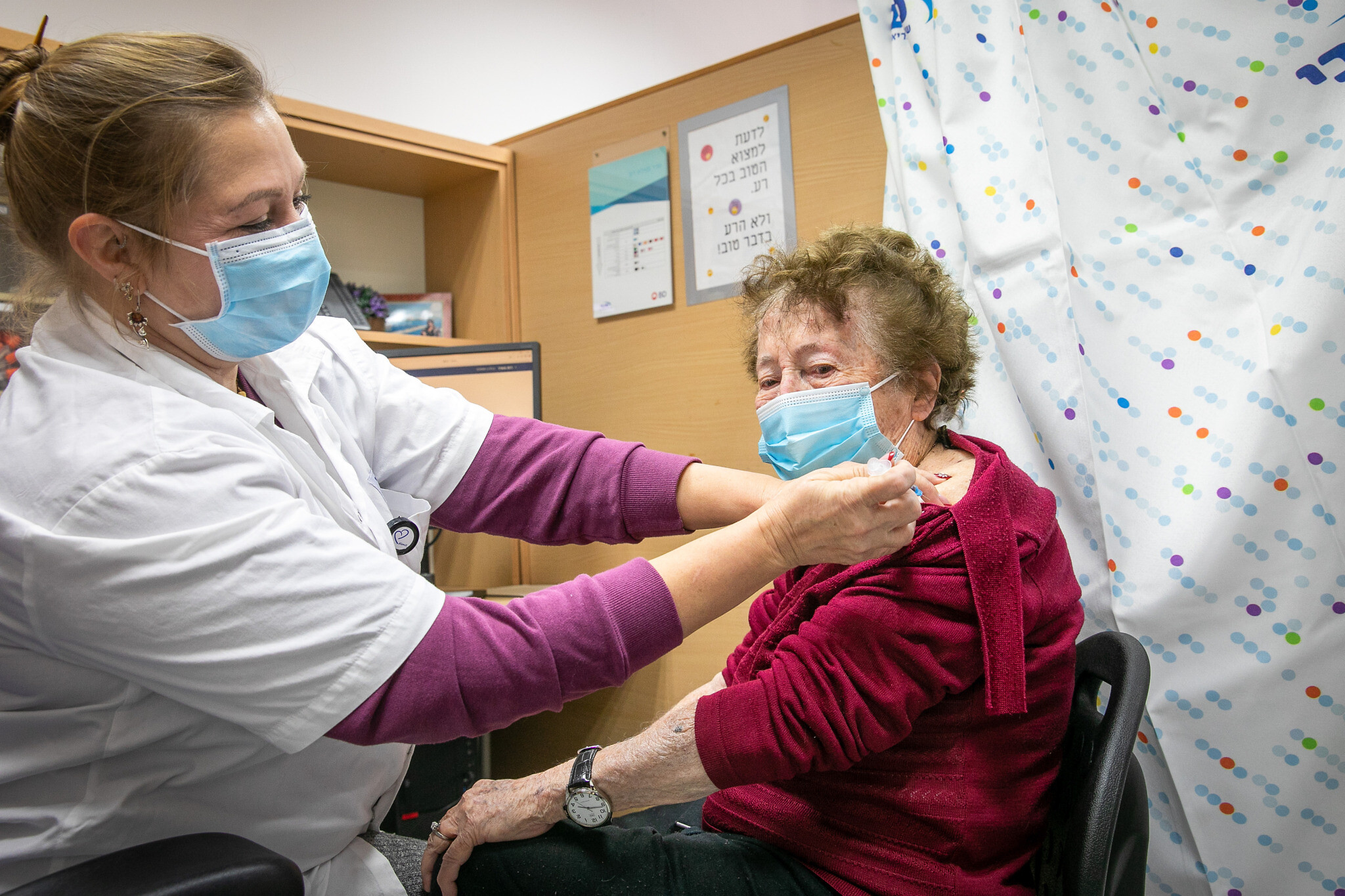 There were 22,501 tests carried out on Tuesday — far fewer than in previous waves. Of those tests, 20.38 percent returned a positive result.

There were 89 patients in serious condition, of whom 21 were defined as critical. The confirmed death toll since the start of the pandemic reached 10,867. 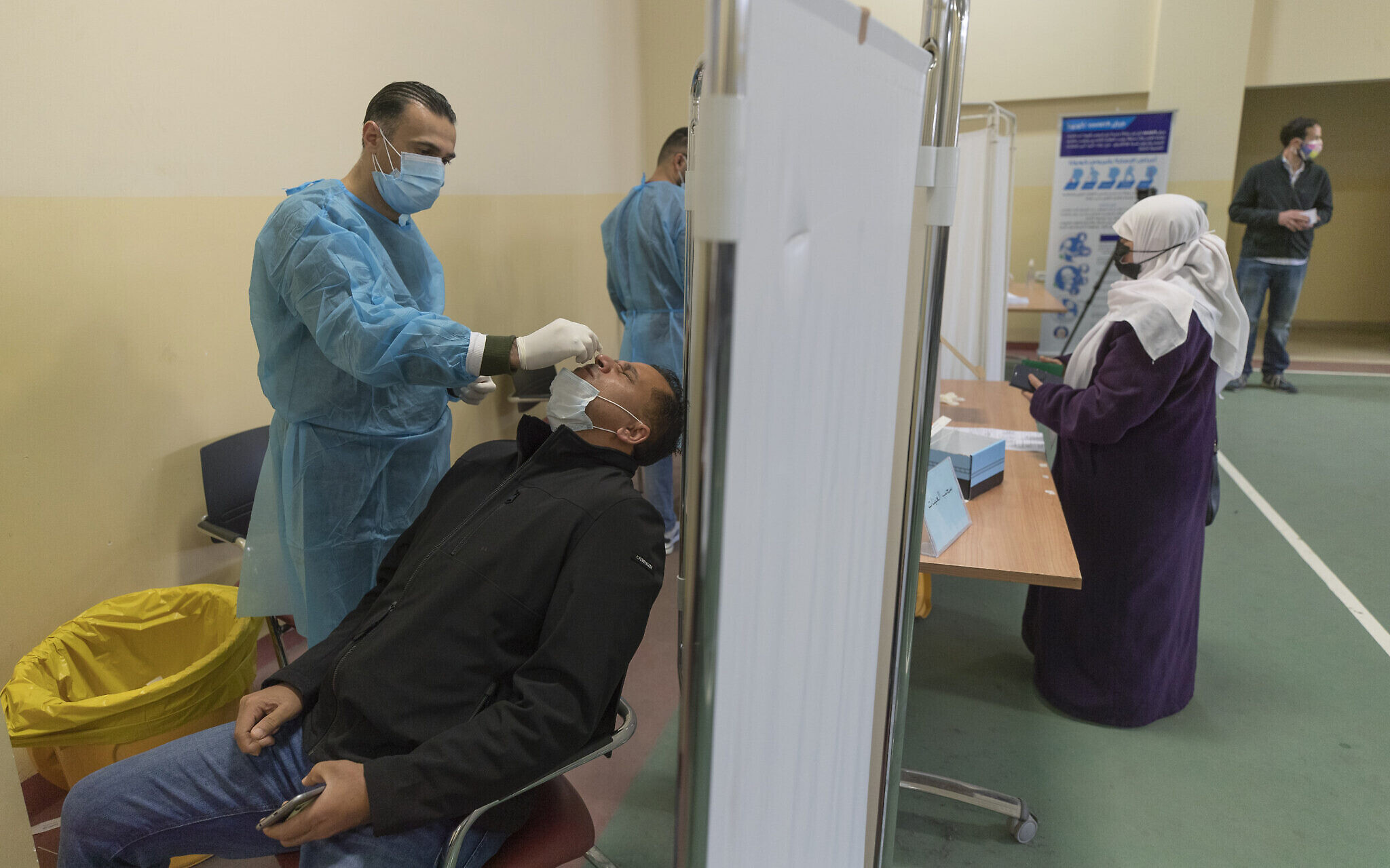 A healthcare worker takes a nasal swab sample at a COVID-19 testing center, in the Palestine Medical Complex, in the West Bank city of Ramallah, March 2, 2021. (AP Photo/Nasser Nasser)

Meanwhile, Palestinians in the West Bank and Gaza have yet to record a significant rise in coronavirus cases.

Just 132 confirmed active infections were present in Palestinian areas as of Wednesday, according to the Palestinian Authority Health Ministry. However, Palestinian coronavirus testing has often lagged well behind the spread of the virus.

According to the PA Health Ministry, 582,495 Palestinians have been infected with the coronavirus since the start of the pandemic; 5,356 have died.