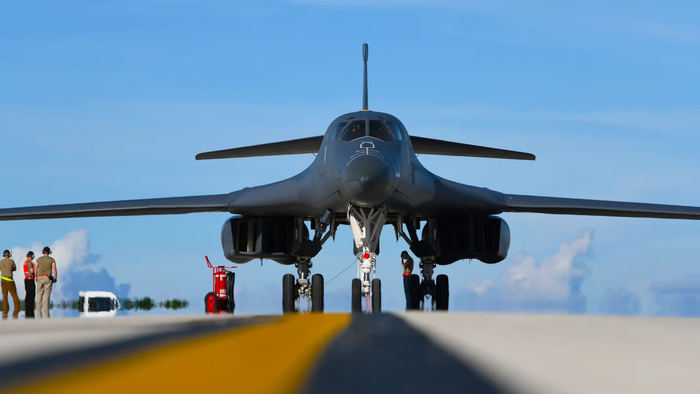 The Israeli Air Force has unveiled that this week it will conduct its largest joint aerial drills in years with the US Air Force, which involves a highly provocative mock mission to take out Iranian nuclear sites.

The Jerusalem Post details based on military statements, “The drill will take place from Tuesday until Thursday over the Mediterranean Sea and Israel. It will include long-range flights such as those that Israeli pilots might need to make in order to reach the Islamic Republic.”

Aerial refuelers from both sides will also assist, in addition to fighter jets – given the militaries will simulate operations that would theoretically reach all the way across the Middle East into the Islamic Republic.

The US and Israel have meanwhile lately pledged closer military and intelligence cooperation, with Washington vowing to assist the Jewish state with missile defense if it ever came under attack.

IDF Chief of Staff Lt.-Gen. Aviv Kohavi told CENTCOM Commander Gen. Michael Kurilla during the former’s visit to Washington last week, “We are operating together on all fronts to gather intelligence, neutralize threats, and prepare for various scenarios in either one or multiple arenas.”

All of this comes as Prime Minister-designate Benjamin Netanyahu is forming a government and will soon once again be commander-in-chief. The well-known anti-Iran hawk has in the past routinely warned that Israel won’t hesitate to conduct a preemptive attack on the Islamic Republic if Tehran gets close to developing a nuclear bomb.

The only question that would remain if whether the Biden administration would greenlight such a preemptive strike. It must be remembered too that Israel reportedly assisted in some manner (likely on the intelligence front) with Trump’s January 2020 assassination strike on IRGC Quds Force Gen. Qasem Soleimani, which occurred during Netanyahu’s prior term.