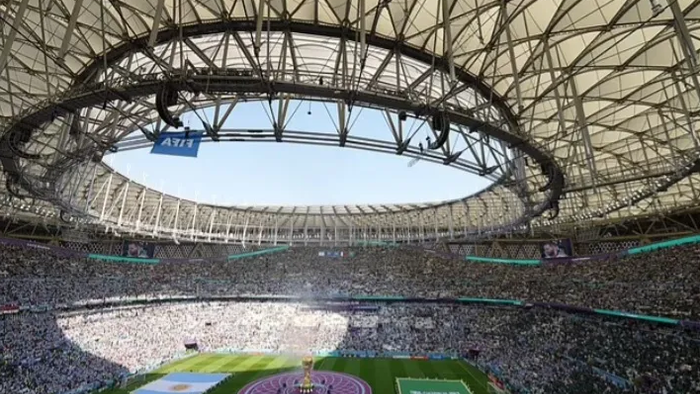 The head of Israeli Military Intelligence has warned this week that Iran is mulling an attack on World Cup venues in Qatar amid ongoing anti-regime protests. Maj. Gen. Aharon Haliva described that he expects Tehran officials to grow more desperate amid the now months-long “anti-hijab” protests, thus the potential for lashing out by a major terror attack grows increasingly likely.

“I am telling you that the Iranians are now considering attacking the World Cup in Qatar as well,” he said. “The only thing holding them back is how the Qataris will react.”

He issued the words Monday before a defense conference in Tel Aviv, calling the ongoing protests which have increasingly taken over university campuses and major city streets in the Islamic Republic “extremely exceptional” and now fast becoming a “civilian rebellion”.

“The death toll, the attacks on national symbols — this is very troubling for the regime, especially combined with sanctions, the existing international pressure, and the difficult economic situation,” the military intel chief described.

Outgoing Defense Minister Benny Gantz also backed the prediction related to the World Cup, alleging the Iranians are poised to create instability outside their country.

Iranian leaders have meanwhile charged that the protests and unrest are a foreign plot, with the spiraling violence which has left scores of police and security services casualties being fueled by Israeli and US intelligence. Over 320 people have died since the demonstrations began. Authorities have denounced the “rioters”.

As for the claims that Iran could be planning an attack on the World Cup, it remains entirely unclear if this is based on any firm intelligence. Instead, it seems more the speculative accusations which are typical from Israeli officials anytime there’s a major media-covered international event in the Middle East region.