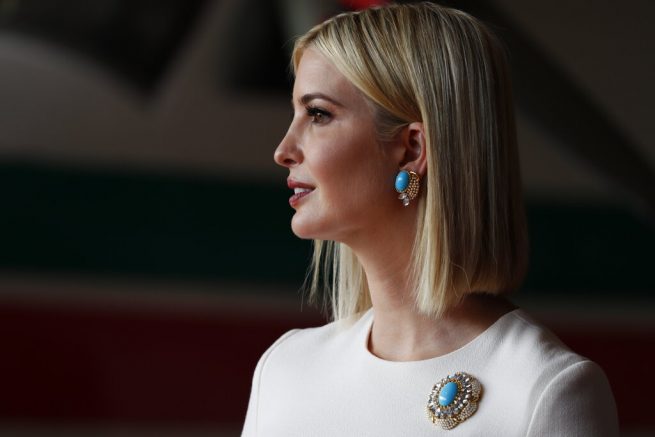 The First Daughter and senior White House adviser recently shared her personal views on the House’s ongoing impeachment inquiry. Ivanka Trump took a break during her visit to Morocco Friday, where she is promoting a program to help empower women in developing countries, in order to answer questions with with the Associated Press.

An impactful day in Morocco, where we furthered all 3 pillars of #WGDP ????⬇️
? Women Prospering in the Workforce
? Women Succeeding as Entrepreneurs
? Women Enabled in the Economy pic.twitter.com/pRBLm8Pvbx

During her interview, Ivanka said ever since her father was elected president Democrats have been persistently and baselessly critical of the Trump administration and their family despite repeated successes and accomplishments.

“The president talked through the campaign and continues to talk about being a voice for the voiceless,” she told reporters. “And being a champion of the forgotten American and he is delivering on that promise.”

Ivanka went on to say Democrats in Congress have taken it upon themselves to call for impeachment rather than wait until the 2020 elections when the American people can decide for themselves at the polls. The top adviser also said that the identity of the whistleblower caught at the center of the impeachment inquiry is “not particularly relevant” to the case since their complaint is not first hand evidence.

She went on to emphasize the stark differences between the Trump’s and Biden’s source of wealth contending that the Biden family had earned their money while serving in government positions, while President Trump earned his income from businesses prior to taking office.

“The Biden’s were lifelong public service and they created wealth as a derivative of that…my father campaigned on his success as a business person, as somebody who is not a politician and could be a great disruptor, and has delivered on that goal,” said Ivanka. “And his wealth and our wealth, collectively and independently, was created prior to government service and prior to anyone in our lives having run for elected office.”

Ivanka also noted that people trying to take down the president, even from within his own cabinet, has been a reoccurring theme throughout American history.