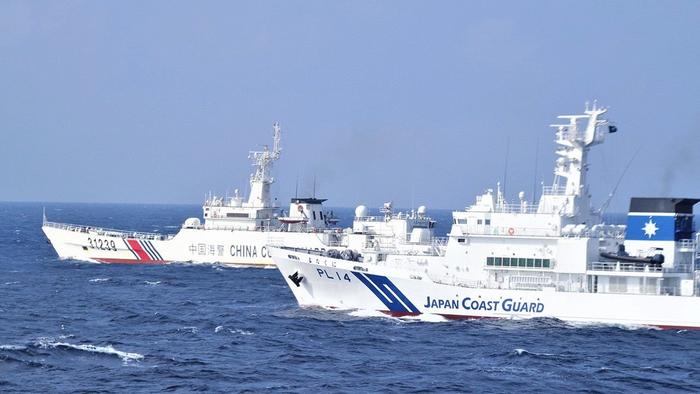 Japan’s coast guard will receive 10 new patrol vessels in the coming years as tensions are rising between Tokyo and Beijing over the Senkaku Islands in the East China Sea.

The Senkakus, or Diayous as they are known in China, are a group of uninhabited islands that are currently controlled by Japan. Tokyo has raised objections to Chinese coast guard patrols near the islands. Japan’s coast guard said Chinese vessels sailed near the Senkakus 34 times in 2021, up from 24 patrols in 2020.

The US has responded to the tensions pledging to defend the Senkakus in the event of an attack. President Biden reaffirmed to Japanese Prime Minister Fumio Kishida that the islands are covered under Article V of the Japan-US Security Treaty, which covers mutual defense.

According to The South China Morning Post, Japan will deploy its first new coast guard vessel sometime within the next two years, and the rest will be delivered sometime before 2030.

But as SCMP reviews, “Japan’s Coastguard is not a military organization but, under the Police Official Duties Execution Act, its vessels are permitted to fire on foreign vessels to prevent a ‘heinous crime,’ including an attempt to land at the Senkakus, Chief Cabinet Secretary Katsunobu Kato said last year.”

Japan is also looking to boost its military so it has the capability to launch attacks on other countries. Under the constitution signed after World War II, Japan’s military is technically only meant for defensive purposes, but Japan’s ruling political party wants that to change.