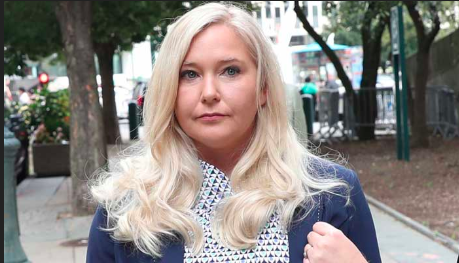 A woman who accused Prince Andrew of having sex with her at 17 received a half-million dollar payout from convicted sex offender Jeffrey Epstein, the Associated Press reported.

Virginia Giuffre, who filed a lawsuit against Andrew for sexual misconduct claims last August, received the money from Epstein in 2009, according to an unsealed settlement, the Associated Press reported.

The payout was revealed in documents that were released to the public Monday after a December court order by the federal judges presiding over both the criminal trial of Ghislaine Maxwell and a civil suit filed by Giuffre against Andrew. Maxwell was convicted on five of six counts on Dec. 29, including a charge of conspiring to sex traffic minors.

My soul yearned for justice for years and today the jury gave me just that. I will remember this day always.

Having lived with the horrors of Maxwell’s abuse, my heart goes out to the many other girls and young women who suffered at her hands and whose lives she destroyed.
1/2

Andrew’s lawyers claim that the 2009 settlement prohibits civil actions against him, and that a similar suit against Alan Dershowitz was dismissed due to that settlement, according to a December report by Law & Crime that cited legal filings.

Giuffre accused Prince Andrew of having sex with her on three occasions, according to court documents. The Duke of York has denied the allegations.

Epstein committed suicide in 2019 after being arrested on sex trafficking charges. Charges against his guards were dropped during the trial of Maxwell.