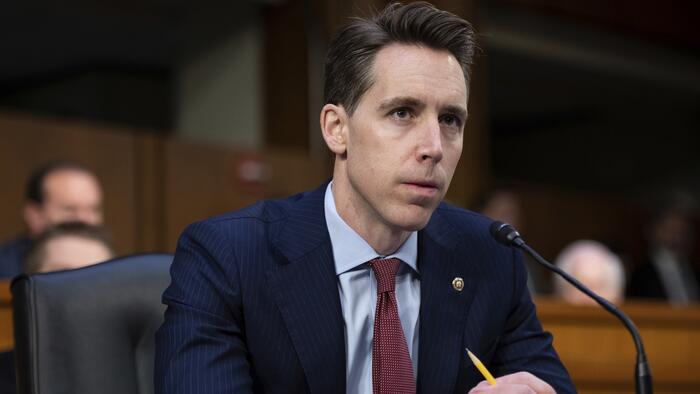 In a wholly expected development, given GOP leadership has of late expressed its unease over what’s been dubbed Biden’s “blank check” given to Ukraine at the expense of the American taxpayer, Secretary of State Antony Blinken was grilled Tuesday over why the US isn’t doing enough to help Taiwan instead.

Republican senator from Missouri Josh Hawley questioned Blinken in a signed letter over why the Pentagon is diverting arms intended for Taiwan to the Ukrainian government. Hawley argued that it’s actually staving off potential Chinese invasion of the democratic-ruled island that should be the highest priority.

“Seizing Taiwan is Beijing’s next step toward dominating the Indo-Pacific region,” Sen. Hawley argued in the letter. “If Beijing succeeds, it would have dire ramifications for Americans’ national security, as well as our economic security and freedom of action.”

Anticipating the Biden administration’s response, Hawley said that he expects Blinken to say that approved mechanisms differ for delivery of arms to Taiwan vs. Ukraine. That’s when the Republican senator pointedly stressed: “But this explanation does little to allay concerns,” writing further, “Regardless of the weapons’ source, if both Taiwan and Ukraine need them, they should go to Taiwan first.”

He additionally reminded Blinken of the top US diplomat’s own October assessment saying that Beijing is looking to achieve “reunification” of Taiwan on a faster timeline. According to the letter summarized in The Hill:

Hawley said the U.S.-China Economic and Security Review Commission, an independent government agency that submits annual reports to Congress on the U.S.-Chinese relationship, found that the direction of existing stocks of munitions and arms to Ukraine and supply issues stemming from the COVID-19 pandemic have caused a backlog in delivering weapons that were approved for sale to Taiwan.

Hawley referenced a Wall Street Journal report from days ago which estimated the current arms backlog to the island has reached $18.7 billion worth of defense supplies.

Taiwan and its Western backers have long feared that a Chinese blockade would come first, before invasion. But an effective blockade would eventually make successful invasion and occupation more likely. Hawley argued that US strategy should seek to prevent a blockade in the first place, which is why the approved arms flowing to the island unimpeded remains crucial, according to the letter.

Regrettably, some of my congressional colleagues are more concerned about tracking that $600 Venmo payment you made than tracking $60,000,000,000 of your money they sent to Ukraine.

Hawley’s letter also comes amid what some have called “Ukraine fatigue” among both officials and the Western public. There are also fears among hawks that the GOP takeover of the House starting next month could erode ‘necessary’ support needed to Ukraine’s armed forces, especially as anger grows over lack of Ukraine arms oversight coupled with the astronomical price tag.