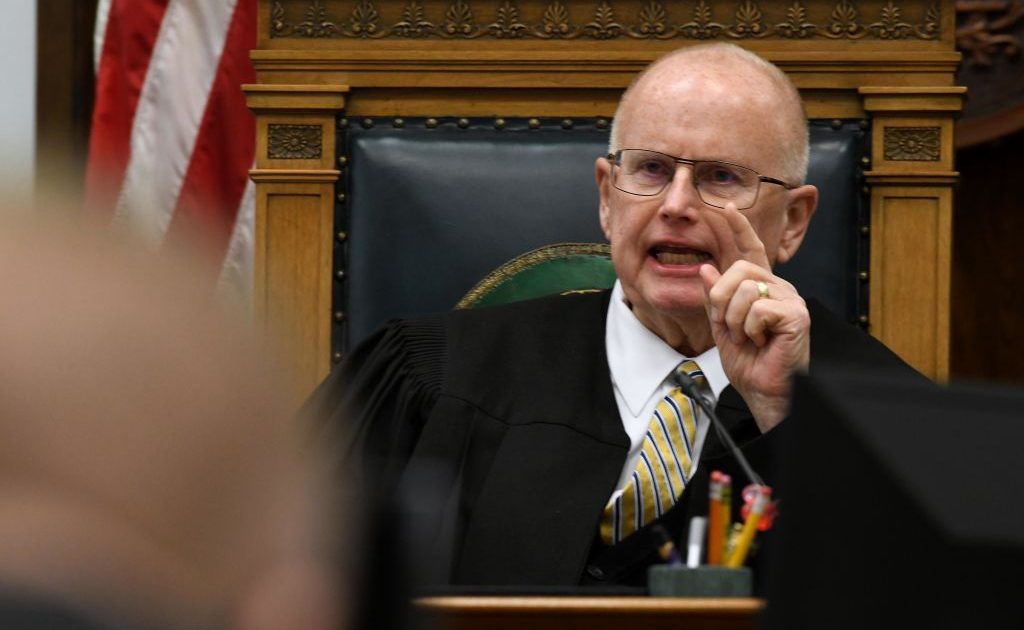 All MSNBC staff has been barred from the Kenosha County courthouse after someone was caught following jurors in the Kyle Rittenhouse trial.

Judge Bruce Schroeder made the announcement on Thursday after an incident Wednesday evening. Police said a driver was stopped for running a red light closely behind the jury transport bus.

The individual claimed to be a producer with NBC News and under the supervision of someone at MSNBC in New York City. NBC admitted the individual in question is a freelancer, but claimed he never intended to contact the jurors.

Judge Schroeder voiced his frustration over the incident.

“This is a very serious matter and I don’t know what the ultimate truth of it is, but absolutely it would go without much thinking that someone who is following the jury, that is a very…it’s an extremely serious matter and will be referred to the proper authorities for further action,” said Schroeder.

This comes amid day three of jury deliberations. On Wednesday, the defense called for a mistrial without prejudice after it was discovered the prosecution provided low quality drone footage for evidence.

In the meantime, protesters have been gathering outside the courthouse both in opposition and support for Rittenhouse and several people have already been arrested.