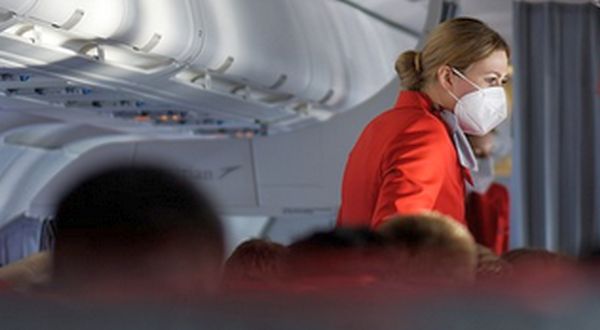 A federal judge has ordered Southwest Airlines to reinstate a flight attendant fired over her pro-life views.

And he’s also affirmed some $800,000 in damages against the airline and its employee union. A jury earlier had settled on a $5.1 million payment, but that was more that the statutes allow in such cases.

A report from LifeNews said the case involves Charlene Carter, 56, of Aurora, Colorado.

She worked at Southwest for nearly 21 years but in 2017 she was fired “after sharing her pro-life beliefs on Facebook and speaking out against the Transportation Workers Union of America (TWU) Local 556,” the report said

The union had been caught spending members’ dues on pro-abortion activities.

She told the Epoch Times after the judge’s ruling was released, “I want to go back, hold my head up high and say, ‘You can’t do this anymore.’”

Significantly, the airline has been ordered to rehire Carter with full seniority and benefits.

And, the judge ordered, Southwest must send a copy of the jury’s verdict and judgment to all its flight attendants and post the documents on bulletin boards for at least 60 days. It also must tell flight attendants it is not allowed to discriminate against them for expressing their opinion on abortion on social media.

“The jury found the Defendants (Southwest Airlines) were grossly intolerant of their flight attendants’ speech in violation of federal law. And, even now, their lawyers continue to hunt for ‘controversial’ social-media posts from Carter instead of pondering their own mistakes and planning a future life free of them,” the judgment said.

Reports pointed out that while the airline was attacking Carter, it took no action when some union workers used its name to promote abortion.

Mark Mix, president of the National Right to Work Foundation, which represented Carter, said they have been fighting for her rights in court for five years.

The Dallas Morning News said the judge also warned the airline and the union not to retaliate against Carter.

An airline official said the corporation was considering an appeal.

When the case developed, the allegation surfaced that Carter was fired for expressing her religious faith regarding abortion on Facebook posts in an messages to Audrey Stone, a union official.

“By firing Carter for her Facebook messages to President Stone and for related posts, Southwest violated Carter’s rights under RLA … to vigorously exercise ‘uninhibited, robust, and wide-open’ free speech related to flight attendants’ efforts to reorganize Local 556, to collectively bargain with Southwest, and to oppose the union’s leadership and spending. Defendants had no valid justifications for their actions, and Carter exercised her speech in a manner that would not unduly interfere with any legitimate interest,” the complaint said at the time.