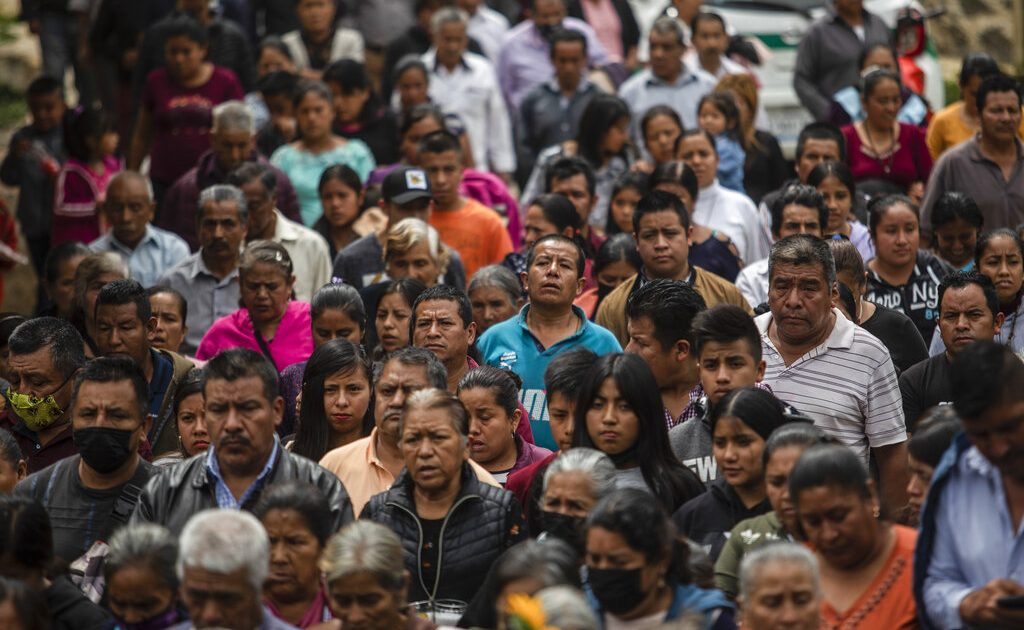 Locals walk in the funeral procession of Jair Valencia, Misael Olivares, and Yovani Valencia in San Marcos Atexquilapan, Veracruz state, Mexico, Thursday, July 14, 2022. After days of preparation and donations to cover funeral costs, this mountain community in eastern Mexico mourned the return of three teens, all cousins, lost among the 53 migrants who died inside a semitrailer in San Antonio, Texas. (AP Photo/Felix Marquez)

House Republicans are continuing to sound the alarm on the growing impacts of the Biden border crisis. While taking to Twitter Tuesday, GOP members of the House Homeland Security Committee revealed arrests of illegal migrants reached the highest number last month.

Southwest border encounters reached the HIGHEST NUMBER for the month of June in @DHSgov history.

Republicans noted, more than 207,000 illegal aliens crossed the southern border in that period. They also showed that number surged by more than 150,000 in Biden’s first year in office and it continued to rise. Members of the GOP further lamented more than 3 million migrants in total crossed into the US illegally and the Democrat President has yet to visit the southern border.