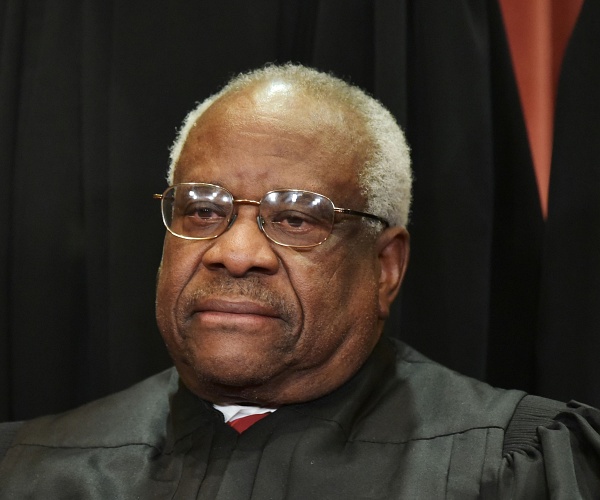 After the Supreme Court turned away two Republican appeals over Pennsylvania’s mail-in ballot deadline changes, conservative Justice Clarence Thomas issued a blistering dissent against the decision to reject the case.

“The decision to leave election law hidden beneath a shroud of doubt is baffling.”

Three conservative Justices Thomas, Samuel Alito, and Neil Gorsuch sought to hear the cases, while Chief Justice John Roberts sided with the liberal justices in turning then away. Justice Amy Coney Barrett did not take part on cases that preceded her swearing in.

“By doing nothing, we invite further confusion and erosion of voter confidence,” Justice Thomas’ dissent concluded. “Our fellow citizens deserve better and expect more from us.

The rebuff leaves intact a Pennsylvania Supreme Court ruling that allowed three extra days for ballots to arrive in November because of the pandemic and anticipated mail delays. Republicans said the ruling usurped the power of the state legislature in violation of the U.S. Constitution.

Republicans filed the appeals in October before the election. The Supreme Court declined to intervene before the Nov. 3 election, eventually won by Democrat Joe Biden, but three conservative justices indicated at the time they thought the state court had overstepped.

The court’s three liberal justices – Stephen Breyer, Sonia Sotomayor, and Elena Kagan – have backed the power of both state and federal judges to ease voting restrictions, particularly during the pandemic.

“The provisions of the federal Constitution conferring on state legislatures, not state courts, the authority to make rules governing federal elections would be meaningless if a state court could override the rules adopted by the legislature simply by claiming that a state constitutional provision gave the courts the authority to make whatever rules it thought appropriate for the conduct of a fair election,” Justice Alito wrote in his dissent.

Information from Bloomberg was used in this report.