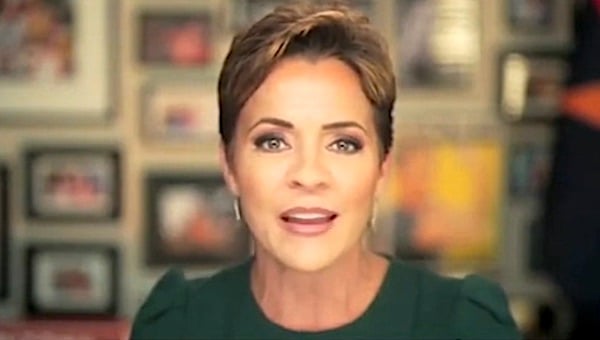 ‘We are taking this security threat incredibly seriously’

The FBI is investigating what the Kari Lake campaign is calling a “terroristic attack” against the Republican candidate for Arizona governor after white powder in two envelopes and “threatening” messages were placed at her campaign offices in Phoenix Saturday night.

The Daily Mail reports law enforcement spent seven hours at Lake’s offices from 10 p.m. to 5 a.m. Sunday, in what her campaign terms a “terroristic attack, trying to intimidate Kari and the campaign staff.”

A source familiar with the campaign told DailyMail.com: “Yesterday, one of Kari’s staffers opened up an envelope that had a suspicious white powder in it and had a letter in there with a bunch of vulgarities and ranting and raving about Kari.

“The employee then noticed second package that was exactly like the first one she had opened and she reported it.”

The bomb squad and a hazmat team also responded, the substance was taken away by the FBI for analysis.

Jack Posobiec, a senior editor at HumanEvents.com and veteran Navy intel officer, went to Lake’s offices which were closed on Sunday, and posted a video update of the situation.

“One staffer is currently under medical supervision and the rest of the staff is being checked out make sure that they’re OK, they they don’t develop any symptoms,” Posobiec said.

“This office right here, right behind me is shut down now, and I’m told it may be shut down for the rest — not only of the campaign, the rest of the year, but obviously going forward.”