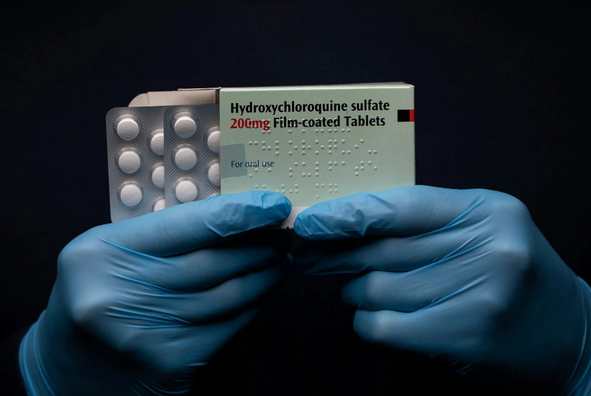 A study published in the Lancet on Friday which prompted the World Health Organization to halt global trials of hydroxychloroquine to treat COVID-19 has fallen under scrutiny over a data discrepancy, The Guardian reports.

According to the study – a data analysis of nearly 15,000 patients who received HCQ alone or with antibiotics (and conspicuously without zinc – the key ingredient), COVID-19 patients who received HCQ reportedly died at higher rates and experienced more cardiac complications than those without. As a result, the WHO halted all its trials involving the drug, which has been promoted by dozens of prominent doctors, and recently ordered by Indian health officials for use as a prophylactic against the disease.

The study, led by the Brigham and Women’s Hospital Center for Advanced Heart Disease in Boston, examined patients in hospitals around the world, including in Australia. It said researchers gained access to data from five hospitals recording 600 Australian Covid-19 patients and 73 Australian deaths as of 21 April.

But data from Johns Hopkins University shows only 67 deaths from Covid-19 had been recorded in Australia by 21 April. The number did not rise to 73 until 23 April. The data relied upon by researchers to draw their conclusions in the Lancet is not readily available in Australian clinical databases, leading many to ask where it came from. -The Guardian

In short, the accuracy of the Brigham and Women’s study has been called into question. Meanwhile, Australia’s federal health department confirmed to Guardian Australia that data collected on COVID-19 in the National Notifiable Diseases Surveillance System was not the source for informing the trial. The news outlet also contacted the New South Wales and Victoria health departments, both of which said they did not provide researchers with data for the study.

“We have asked the authors for clarifications, we know that they are investigating urgently, and we await their reply,” the Lancet told Guardian Australia. Meanwhile, lead author Dr. Mandeep Mehra said he had contacted Surgisphere – which provided the data, to reconcile the discrepancies with “the utmost urgency,” according to the report.

Surgisphere founder Dr. Sapan Desai, an author on the Lancet paper, said that the discrepancy was caused by an Asian hospital which had been erroneously included in the Australian data.

“We have reviewed our Surgisphere database and discovered that a new hospital that joined the registry on April 1, and self-designated as belonging to the Australasia continental designation,” said a spokesman. “In reviewing the data from each of the hospitals in the registry, we noted that this hospital had a nearly 100% composition of Asian race and a relatively high use of chloroquine compared to non-use in Australia. This hospital should have more appropriately been assigned to the Asian continental designation.”

Desai claims that the error does not alter the overall study findings, and that just the Australia data would need to change.

That said, Melbourne epidemiologist Dr. Allen Cheng has questions. For example, he said that the four Australian hospitals involved in the study should be named, that he’s never heard of Surgisphere, and that nobody from his hospital, The Alfred, has provided Surgisphere with data.

“Usually to submit to a database like Surgisphere you need ethics approval, and someone from the hospital will be involved in that process to get it to a database,” said Cheng, adding that the dataset should be made public.

“If they got this wrong, what else could be wrong?” he said, noting that it was also a “red flag” that the study has just four authors.

“Usually with studies that report on findings from thousands of patients, you would see a large list of authors on the paper,” he said, adding “Multiple sources are needed to collect and analyse the data for large studies and you usually see that acknowledged in the list of authors.”

He stressed that even if the paper proved to be problematic, it did not mean hydroxychloroquine was safe or effective in treating Covid-19. No strong studies to date have shown the drug is effective. Hydroxychloroquine and chloroquine have potentially severe and even deadly side effects if used inappropriately, including heart failure and toxicity. Other studies have found the drug is associated with higher mortality when given to severely unwell Covid-19 patients.

In a statement Surgisphere said it stood by the integrity of its data, saying all information from hospitals “is transferred in a deidentified manner” but could not be made public.

“This requirement allows us to only maintain collaborations with top-tier institutions that are supported by the level of data-integrity and sophistication required for such work,” the statement said. “Naturally, this leads to the inclusion of institutions that have a tertiary care level of practice and provide quality healthcare that is relatively homogenous around the world. As with most corporations, the access to individual hospital data is strictly governed. Our data use agreements do not allow us to make this data public.” -The Guardian

Chang believes it would be a big mistake to halt “strong, well-designed clinical trials examining the drug” over questionable data. His hospital, The Ascot, is currently recruiting patients in over 70 hospitals in every Australian state and territory, along with 11 hospitals in New Zealand for a randomized control trial which explores whether HCQ – on its own or in combination with other drugs, can successfully treat COVID-19.

The leader of The Ascot trial, Prof. Josh Davis, has written to the authors of the Lancet study to ask for an explanation. Until then, patient recruitment has been placed on hold, according to an Ascot spokeswoman.

“Following an observational study published in the Lancet Ascot has paused patient recruitment pending deliberations by the governance and ethics committees overseeing the trial,” she said. “We expect these deliberations to occur rapidly and will provide further information as they arise.”