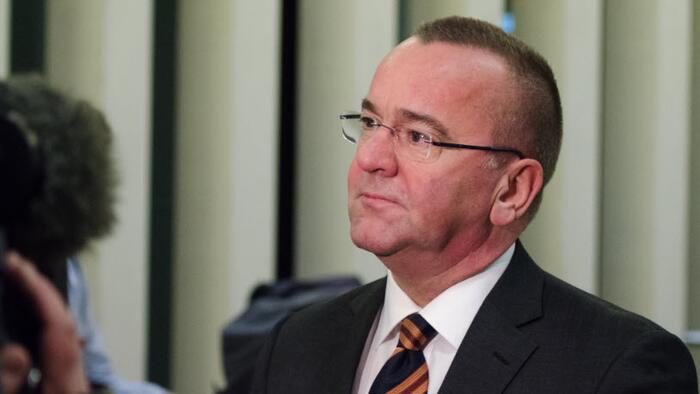 With Boris Pistorius set to be sworn in as Germany’s latest defense minister on Thursday, several politicians, including some within Chancellor Olaf Scholz’s own party, expressed their fury that the federal government will once again be a majority-male cabinet.

With Pistorius set to replace the outgoing Christine Lambrecht, whose reign at the German Ministry of Defense was littered with PR disasters and incompetence, the make-up of the federal government will be male-orientated — 9 males to 7 females.

The move temporarily contravenes a pledge made by then-Vice Chancellor Scholz in 2020, who tweeted:

“I am making the promise here today: At least half of the cabinet that I lead as Federal Chancellor is made up of women!”

Common sense suggests that competence should take precedence over gender quotas, particularly at a time of crisis, and Scholz believes his new man for defense has the “experience, competence, and assertiveness” needed to be “the right person for the Bundeswehr at this pivotal time.”

Other politicians, however, disagree, saying Scholz’s decision to appoint a man to the job is a dereliction of his electoral pledge for gender equality.

Maria Noichl, the chair of the Working Group of Social Democratic Women (ASF) and a member of Scholz’ SPD, demanded:

“Fifty-fifty must continue to apply. That is what the SPD stands for.”

“Is the Chancellor afraid of more competent women at his cabinet table? Pity!”

“It’s a shame that the chancellor and the SPD gave up the goal they had set for themselves: parity in the cabinet.”

Sven-Christian Kindler, also of the Greens, quipped that “parity in management positions is not a ‘nice thing to have.’ It should be a matter of course in 2023.” Meanwhile, his party’s co-leader, Omid Nouripour, added, “We Greens will always make our contribution to parity — also in the cabinet.”

On Wednesday, government spokesperson Wolfgang Büchner was cited in the German tabloid Bild, insisting a “good and effective” personnel decision had been made. But he also alluded to the idea that gender parity in the cabinet may have to be restored.

The German tabloid highlighted, however, that not a single male minister in the cabinet had wanted to go on record to reveal they would be willing to make their position available to an equally qualified woman.

Pistorius will soon have the unenviable task of attempting to repair his country’s image among its Western allies as he takes charge of an ailing Bundeswehr. His challenges include overhauling the country’s security policy, but he must also face international calls to approve the sending of heavy-armored battle tanks to Kyiv, a move the Chancellor has so far refrained from making.