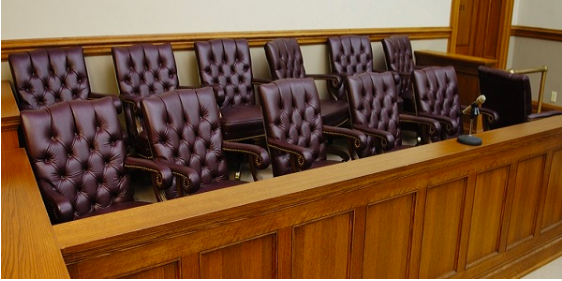 Liberals long have been condemning Kyle Rittenhouse for defending himself in that riot last year in Kenosha, Wisconsin, a violent event triggered by a police confrontation in which they shot and injured a suspect.

Rittenhouse shot three men, killing two, in a case he presented to the jury, with evidence, as self-defense.But President Biden some time ago released a video linking Rittenhouse to white supremacy.

So what now, now that Rittenhouse has been acquitted by a jury on all charges?

More of the same, apparently.

The American Civil Liberties Union posted a statement with, “Despite Kyle Rittenhouse’s conscious decision to travel across state lines and injure one person and take the lives of two people protesting the shooting of Jacob Blake by police, he was not held responsible for his actions.”

“While the ACLU should have been complaining about the conduct of prosecutors in the Rittenhouse case,” Gottlieb stated, “the organization instead is calling Rittenhouse a deliberate killer, perpetuating the myth that he deliberately crossed state lines to kill people. It is shocking for the ACLU, which has a long record of defending the rights of individuals against government prosecution to make such an outrageous statement.

“Kyle Rittenhouse was acquitted by a jury of seven women and five men for defending himself against multiple attackers in the middle of a riot,” Gottlieb continued. “By being tried in court, he essentially was being held responsible for his actions, which the jury’s verdict clearly indicates were justified under the circumstances.”

It was the Daily Mail that posed the question, “Where do you go to get your reputation back?”

“If one had listened to some of the most prominent voices on America’s political left over the last 15 months, they may – understandably – be shocked by the jury’s decision,” the report said. “Because that’s not the story that they were told.”

It cited the blast from Rep. Hakeem Jeffries, D-N.Y., who earlier insisted, “Lock up Kyle Rittenhouse and throw away the key.”

Biden has posted on social media his accusation against President Trump that Trump “refused to disavow white supremacists,” while showing a picture of Rittenhouse.

Pressley had stated Rittenhouse “shot and killed 2 people who had assembled to affirm the value, dignity, and worth of black lives,” but that was before the jury decided those who died actually were the aggressors.

MSNBC regular Brittany Packnett Cunningham, the report said, “summed up the left-wing narrative best on November 13,” with “There are only so many acceptable losses that white supremacy is willing to accept.”

Statements by Omar and Pressley have turned out to be lies, now that the jury has acquitted Rittenhouse of all charges.

Former Democratic Rep. Tulsi Gabbard had warned about the vitriol.

“With no evidence, MSM & antifa-loving politicians immediately labeled Rittenhouse a white supremacist terrorist,” she said. “It’s obvious now that [Rittenhouse] was just a foolish kid who felt he needed to protect people & the community from rioters & arsonists because the government failed to do so.”

After the verdict, the leftist Southern Poverty Law Center called Rittenhouse an “armed vigilante,” and Rep. Jerry Nadler, a Democrat, said the acquittal was a “dangerous precedent” that the Justice Department should review.

He claimed, in contradiction to the jury’s decision, that Rittenhouse crossed state lines “looking for trouble.”

Rep. Alexandria Ocasio Cortez, D-N.Y., cited the case and said “This is what [systemic racism] looks like: protection of white supremacy baked deep into our carceral systems.”

Rep. Cori Bush, D-Mo., said, “The white supremacist murderer is ‘just a kid’, but the victims who were standing up for black lives are ‘rioters’, ‘looters’, and ‘arsonists.'”

On Friday, Republicans were demanding Biden apologize for calling Rittenhouse a white supremacist.

But the Congressional Black Caucus doubled down: “It is unconscionable our justice system would allow an armed vigilante — who traveled to Kenosha, Wisconsin and killed Joseph Rosenbaum, Anthony Huber, and wounded Gaige Grosskreutz — to go free.”

New York Attorney General Letitia James said it is America’s justice system that should be “uprooted and reformed.”