Licorice and Slippery Elm Tea Are Best for a Sore Throat 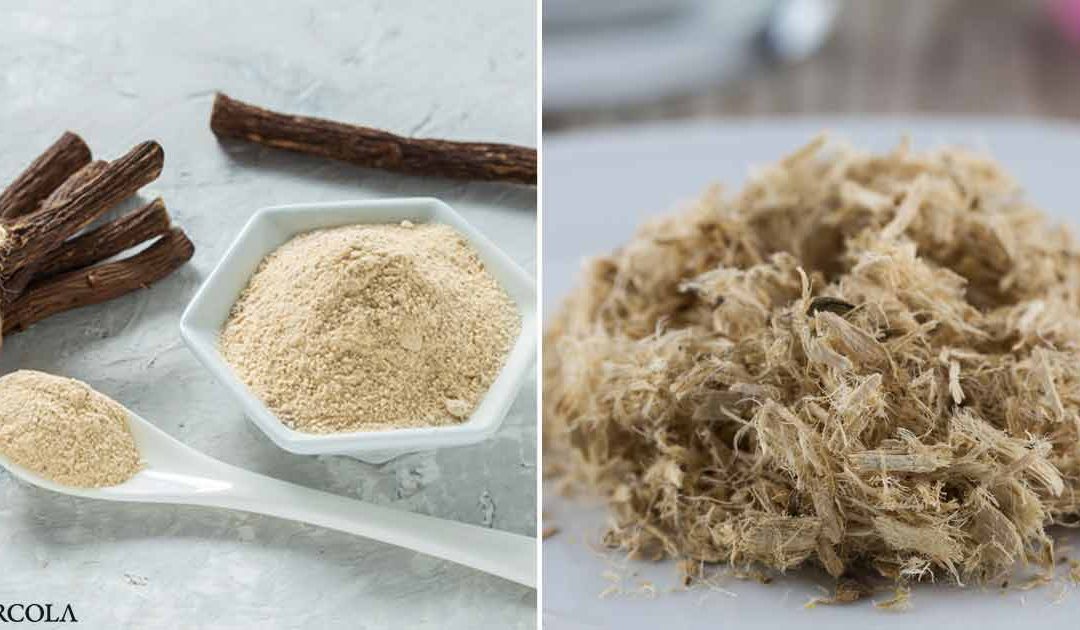 Although you can get a cold throughout the year, most people have a higher risk of the common cold in the winter and spring months.1 One of the most common symptoms is a sore throat. The Guardian characterizes the common cold as having “the twin distinction of being both the world’s most widespread infectious disease and one of the most elusive.”2

According to data collected from 142,377 participants in the Rochester Epidemiology Project, upper respiratory disease, excluding asthma, was one of the top five reasons this population sought medical care.3

Sore throats, also called pharyngitis,4 are often triggered by a viral infection, including flu, the common cold and COVID-19. Since these are viruses, antibiotics are not effective against the infection.5 However, there are natural remedies you can use to help shorten the length of a viral infection, as well as alleviate the symptoms of pharyngitis.

Many of the pharmaceutical drugs sold today are the result of isolating plant compounds and replicating them in the lab.6 Through many years of fighting illness and disease, people from all over the world have learned to rely on medicinal plants for healing. They have been a part of human history since the beginning of recorded time.

The World Health Organization reports that many nations continue to rely on herbal treatments to provide for health care needs.7 In a survey of 133 nations, 110 reported using herbal medicines. Another 2007 survey8 in the U.S., found nearly 4 in 10 adults used complementary and alternative medicine therapies, including herbal treatments.

The resurgence of herbal medicine treatments may be driven in part by the significant death rate from all viruses, including influenza9 and SARS-CoV-2.10 Two pleasing ingredients in herbal tea may help soothe your sore throat, making it easier to swallow, stay hydrated and eat.

Should You Drink Your Herbal Remedy Hot or Cold?

While some health experts advise you to drink fluid at a temperature that feels best for you,11 others have studied the effect of a hot drink on the common cold. Ron Eccles, Emeritus Professor at Cardiff University, for example, has spent his professional life analyzing and investigating human diseases of the upper airways.12

His research includes a published study on the effects of hot drinks on the symptoms of the common cold and flu. His objective was to obtain subjective and objective measurements on airflow. In his 30 subjects the data showed that while there was no objective change in the measurement of nasal airflow, the participants reported that a hot drink:13

The Mayo Clinic adds that warm liquids may help ease congestion by stimulating mucus flow.14 ENT and allergy expert Dr. Shawn Nasseri, agrees, telling Well and Good, “Warm teas cause the vessels of the throat and the muscles to open and relax more, thereby soothing the sore throat. Icy drinks can sometimes cause throat spasms which definitely don’t feel comforting.”15

This may explain how January 11 became National Hot Toddy Day.16 According to one source, in the 1700s, Scottish doctors created the drink as a treatment for their patients who suffered from sore throats and congestion.

A traditional hot toddy contains a shot of whiskey, honey, fresh lemon and boiling water. Personal preference dictates whether you add fresh ginger, nutmeg, cinnamon sticks or cloves.17 While the hot drink is effective, it isn’t the alcohol that confers the benefits since it has adverse effects on your immune system.18 As Eccles explained:

“A hot toddy is equivalent to any sort of hot drink. The more it promotes salivation, the more it promotes mucus secretion, and mucus is our first line of defense against bacteria and viruses. That’s why it contains honey and lemon — it stimulates both sweet and sour.”

Herbal teas may help reduce the pain of pharyngitis as they have a soothing effect on the mucous membranes. In a double-blind, randomized controlled study,19 researchers evaluated the effectiveness of herbal tea containing marshmallow root, licorice root and elm inner bark.

They engaged 60 outpatients with acute pharyngitis and randomly selected them to consume herbal tea or placebo tea with the same taste and smell. The participants drank the tea four to six times daily for as long as they had symptoms. The scientists requested the individuals use no other treatment for their sore throat.

Pain relief was rated after one minute and then every five minutes for the first 30 minutes after drinking the tea. Participants then rated their pain at three hours and 24 hours after the initial dose. The data revealed that the herbal tea was more effective than the placebo in short-term relief, but the effect lasted less than 30 minutes.20

Other Health Benefits of Licorice Root and Slippery Elm

The study evaluated the soothing effect the tea may have on acute pharyngitis but did not address other health benefits associated with the herbs. According to Mount Sinai Hospital,21 slippery elm has been used in North America for centuries in the treatment of wounds, ulcers, burns and boils. Native Americans took it internally to relieve cough and sore throats.

The herb has antioxidant activities and causes stimulation in the gastrointestinal tract to increase mucus secretion, which may help protect against ulcers and excess acid. It is often suggested in the treatment of sore throat and cough.22

One of the major active ingredients in licorice root is glycyrrhizin.23 Much like anything else, excessive intake can result in negative health effects, including primary pseudo hyperaldosteronism,24 triggering high blood pressure, muscle weakness and headaches.

It suppresses plasma renin activity and aldosterone levels through prolonged and excessive consumption of licorice. If you enjoy the taste of licorice, you may be getting it in candy, beverages and extracts. One of the side effects is a significant fall in plasma potassium levels, which one paper suggests may have clinical application in those on chronic dialysis and at risk of hyperkalemia.

Licorice is a widely prescribed herb in Chinese medicine for the treatment of several disorders, including gastric ulcers25 and peptic ulcers. In Japan, physicians administer glycyrrhizin intravenously to patients with chronic hepatitis B to improve liver function and suppress the secretion of hepatitis B surface antigen.26

Licorice has been used in combination with spironolactone to treat polycystic ovary syndrome (PCOS).27 One study has suggested that licorice root can reduce body fat28 and was shown to reduce testosterone in healthy women,29 which may be one way it helps women with PCOS.30

Studies have also demonstrated a dose-dependent action in animal studies on cell and tumor proliferation and apoptosis.31 One study32 published in the Lancet found the compound also demonstrates an antiviral effect against SARS-CoV-1 by stopping reproduction of the virus.

Another study33 showed glycyrrhizin had antiviral activity against coxsackievirus A16 and enterovirus 71 responsible for hand, foot and mouth disease, a contagious childhood viral infection.

More Remedies to Ease a Sore Throat and Shorten a Cold