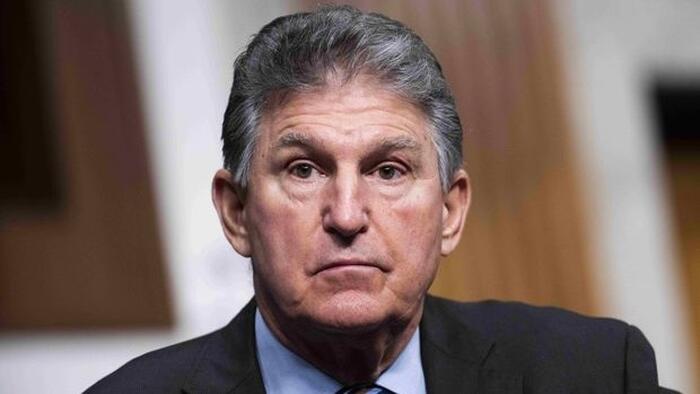 Senator Joe Manchin is pissed after President Biden said his administration would ‘shut down’ all of America’s coal plants and replace them with ‘wind and solar’ – comments that couldn’t come at a worse time for Democratic candidates in battleground states that are home to blue-collar Americans and the coal plants they work in, given next week’s midterm elections.

“Folks, it’s also now cheaper to generate electricity from wind and solar than it is from coal and oil. Literally cheaper. Not a joke. I was just — and so we can accommodate that transition,” Biden said last week during a speech at communications company ViaSat in San Diego County.

“I was in Massachusetts about a month ago on the site of the largest old coal plant in America. Guess what? It cost them too much money.  They can’t count. No one is building new coal plants because they can’t rely on it, even if they have all the coal guaranteed for the rest of their existence of the plant. So it’s going to become a wind generation. And all they’re doing is — it’s going to save them a hell of a lot of money, and they’re using the same transmission line that transmitted the coal-fired electric on.  We’re going to be shutting these plants down all across America and having wind and solar,” Biden continued.

“We’re going to be shutting these plants down all across America.” pic.twitter.com/0DZk0MZHa8

As the National Review notes, “Biden’s message could disadvantage Democrats just three days before midterms, considering that many of the battleground states that will determine the balance of power in Congress are home to coal plants and the blue-collar Americans who work in them. Pennsylvania has 24 plants, Ohio has 15 plants, and Michigan has 13 plants.”

In particular, Biden’s comments stand to hurt Pennsylvania Senate Candidate John Fetterman, who has flip-flopped on Fracking between 2018 and 2022 – finally admitting during a debate last month that he’s for it.

“President Biden’s comments are not only outrageous and divorced from reality, they ignore the severe economic pain the American people are feeling because of rising energy costs,“ West Virginia Democratic Senator Joe Manchin fired back.

“Comments like these are the reason the American people are losing trust in President Biden,” he continued, adding “Let me be clear, this is something that the President has never said to me. Being cavalier about the loss of coal jobs for men and women in West Virginia and across the country who literally put their lives on the line to help build and power this country is offensive and disgusting.”

Of course, a pissed off Manchin won’t have anywhere near the same impact as it once did, assuming Republicans take back the House, Senate, or both chambers in next week’s midterm elections.