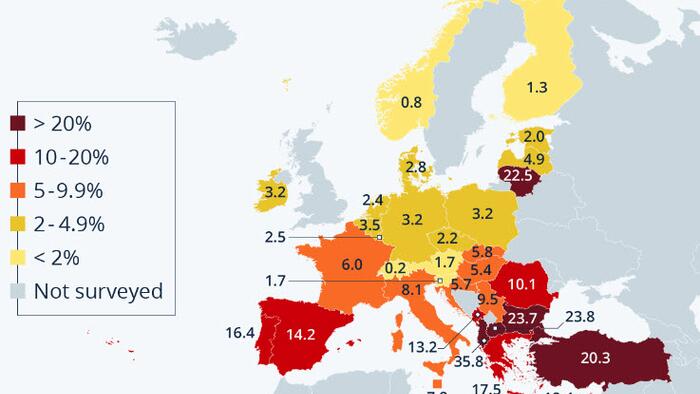 Europe has a tough winter ahead. Without Russian natural gas, the bloc has a shortage of energy. This has ratcheted up heating bills, and as we’ve already seen, it’s households bearing the brunt of the costs. In the UK alone, one in three households are expected to be pushed into energy poverty this winter.

However, as Statista’s Anna Fleck details below, even before the energy crisis began, having a sufficiently heated home was not a given for everyone. In the European Union, nearly seven percent of the population was not able to heat their home properly in 2021.

As Statista’s graph, based on Eurostat data, shows, the country most affected by fuel poverty was Bulgaria, where nearly one in four people (23.7 percent) were affected last year, followed by Lithuania (22.5 percent) and Cyprus (19.4 percent).

The lowest rates were recorded in Switzerland (0.2 percent) and Norway (0.8 percent). By contrast, countries in southern Europe showed a higher share of people unable to heat their homes properly in 2021.

The European average was 6.9 percent. When data for 2022 comes out, we can expect these figures to be worse.