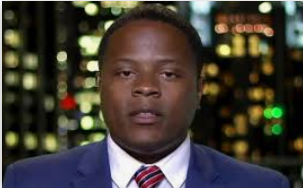 Joe Collins, the Republican running to defeat Rep. Maxine Waters, served his country during Operation Iraqi Freedom. But when he returned to L.A., he saw the real war zone.

“Coming back home and seeing things considerably worse, especially with the homeless pandemic, the lack of quality jobs, and our education being among dead last in our country,” Collins couldn’t believe his eyes, he told Fox News. “The prime issue here is the person who has the most influence and that person is Maxine Waters.” 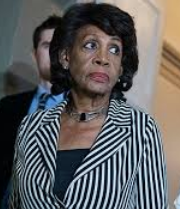 Collins began circulating a petition urging Waters—a 15-term incumbent who entered Congress in 1991—to retire. But now he’d like to see her out personally.

Collins was born and raised in South Central Los Angeles. But he says his mother decided to move the family to Texas one Sunday after they returned from his grandfather’s church and found that a drive-by shooting left their home riddled with bullets.

His campaign says that Collins, who served in the Navy for 13 years, has “already taken an oath to support and defend the Constitution of the United States of America” and spent his life defending his country.

“The only thing Maxine Waters has done consistently is fail her community,” Collins said.

Waters has admitted she has become obsessed with Donald Trump. “I wake up in the middle of the night, and all I can think about is, ‘I’m gonna get him,’” she’s said.

While causes like impeachment may impress liberal donors, Collins said, voters in South Central L.A. have nothing to show for it.

If “you are a black leader in the black community, your primary responsibility is to ensure that the people that are in your district have what they need in order to survive during times like COVID-19,” he said.“We have tons of black-owned businesses here in Los Angeles that have not been able to receive any type of business…because of Maxine Waters.”

California Democrats don’t “want anyone to go to church, go to work, open your business, visit your family, (or) enjoy life,” Collins tweeted. “But they allow violent rallies where people are murdered and property is destroyed and somehow our law enforcement are the bad guys.”

Democrats in California dosen't want anyone to:
Go to church
Go to work
Open your business
Visit your family
Enjoy life

Critics accused Rep. Waters of inciting violence when she told her followers to “harass” the president’s supporters.

Now that violent riots have targeted her city, Collins has spoken up while Waters still pins the blame on President Trump and the LAPD.

After two sheriffs deputies in Compton—in the neighboring 44th Congressional district — were ambushed last Saturday night, Joe Collins asked everyone to “please say a prayer for the deputies.”

“This is why we’ve been standing against violent protests,” he said. “It’s our communities that will suffer when all this is said and done!”

As of this writing, Maxine Waters has yet to say a word about the ambush or its victims — a 31-year-old mother and a 24-year-old man.

Instead, she took aim at the police. “I stand with the” protesters “in condemning unaccountable rogue sheriffs and police officers who continue to hunt and murder unarmed people of color in our communities,” Waters said.

She also insisted the damage caused by riots and looting — which has run into the estimated hundreds of millions of dollars nationwide—is “minor.”

Statements like that have helped Collins’ campaign raise an impressed $3.1 million war chest, he says from grassroots suppoters.

Collins will need all the resources he can get in this heavily Democratic district against a woman who was first elected to the House of Representatives when Collins was five years old.

Waters already won seven-times more votes than Collins in California’s unique, all-party primary. And Democrats have a 29 percent advantage over Republicans in the 43rd Congressional district, according to the 2018 Cook Partisan Voter Index.

But Collins says, “We feel very confident about beating ‘Aunty Maxine’ Waters and her legacy.”

The ONLY Water You Should Drink If You’re 65+ [sponsored]

This Navy vet wants Waters to know she’s in for the fight of her life.