Media’s Thanksgiving advice: ‘Report a relative to the FBI’

A Wednesday article in The Atlantic urged readers to use Thanksgiving as an opportunity to “deprogram” their conservative relatives.

“Maybe you’ll plant the seed, sow just a little doubt about whatever Tucker Carlson is saying now,” Molly Jong-Fast wrote. “Or maybe you’ll need to report a relative to the FBI!” 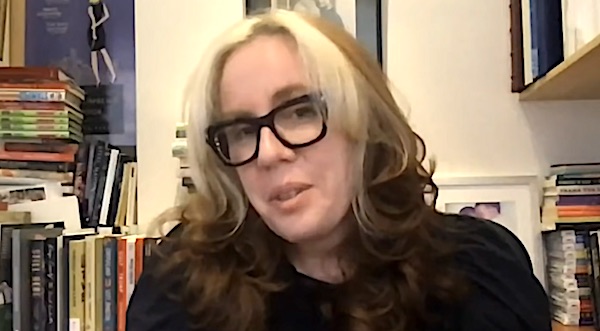 Jong-Fast described Thanksgiving as an invariably disappointing day that does not live up to the “hallmark-movie fantasy.” Jong-Fast’s best Thanksgiving, she wrote, was the one she spent in rehab when she was 19.The writer rejected the idea that Thanksgiving should be a time of niceties, gratitude and harmony. Instead, she argued, readers should turn the holiday into an opportunity to tell their “creepy uncle” to get the vaccine or tell their aunt that her news sources are biased and unreliable. Her readers may be the only ones to tell their anti-vax cousin that the vaccine won’t make her infertile, Jong-Fast explains.

She told readers that some of their family members likely “follow QAnon” and need to be educated at Thanksgiving about the COVID-19 vaccine’s safety or the authenticity of the 2020 election.

“I’ve done 43 Thanksgivings … I’m here to tell you Thanksgiving is terrible, and if you at least spend the time trying to deprogram your niece, you won’t be bored or depressed,” Jong-Fast wrote.

This story originally was published by the Daily Caller News Foundation.