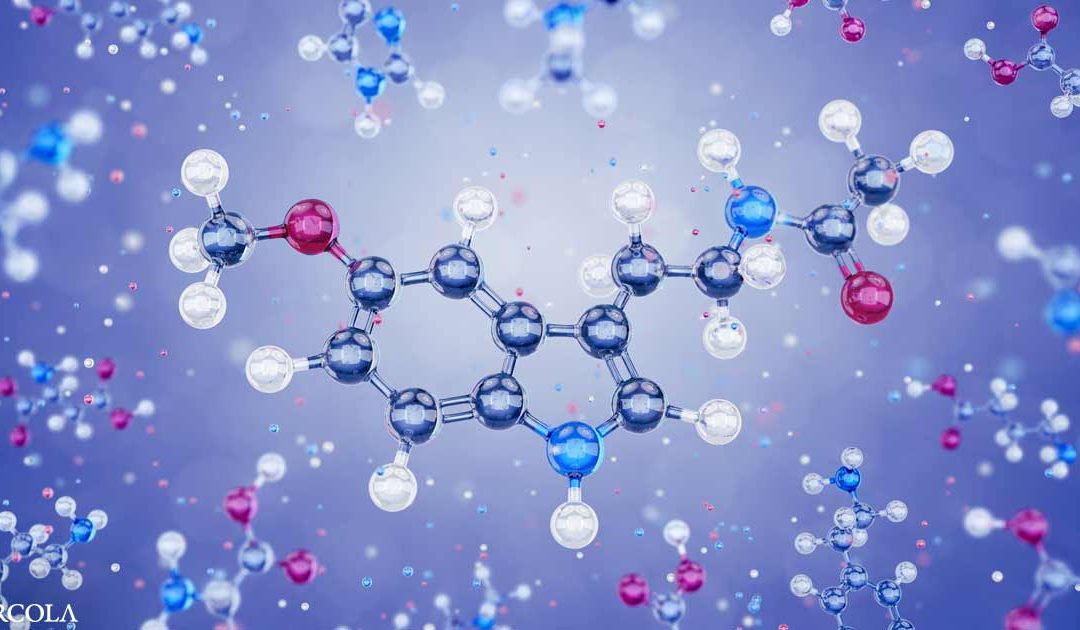 While most well-known as a natural sleep regulator, melatonin also has many other important functions.3 Notably, it plays an important role in cancer prevention4 and may prevent or improve certain autoimmune diseases, such as Type 1 diabetes.5

It also has anticonvulsant and antiexcitotoxic properties,6 and is a potent antioxidant7 with the rare ability to enter your mitochondria,8 where it helps prevent mitochondrial impairment, energy failure and the death of mitochondria damaged by oxidation.9 It also:

As noted in the Journal of Critical Care:13

“Melatonin is a versatile molecule … Melatonin plays an important physiologic role in sleep and circadian rhythm regulation, immunoregulation, antioxidant and mitochondrial-protective functions, reproductive control, and regulation of mood. Melatonin has also been reported as effective in combating various bacterial and viral infections.”

Over the past two years, melatonin has emerged as a surprise weapon against COVID-19. It’s been shown to play a role in viral, bacterial and fungal infections14 and as early as June 2020, researchers suggested it might be an important adjunct to COVID-19 treatment.15,16,17 According to the authors of that paper, melatonin attenuates several pathological features of COVID-19, including:18

In October 2020, a scientific review,19 “Melatonin Potentials Against Viral Infections Including COVID-19: Current Evidence and New Findings,” summarized the mechanisms by which melatonin can protect against and ameliorate viral infections such as respiratory syncytial virus, viral hepatitis, viral myocarditis, Ebola, West Nile virus and dengue virus.

Based on these collective findings, they hypothesized melatonin may offer similar protection against SARS-CoV-2. One mechanistic basis for this relates to melatonin’s effects on p21-activated kinases (PAKs), a family of serine and threonine kinases. The authors explain:20

“In the last decade, PAKs have acquired great attention in medicine due to their contribution to a diversity of cellular functions. Among them, PAK1 is considered as a pathogenic enzyme and its unusual activation could be responsible for a broad range of pathologic conditions such as aging, inflammation, malaria, cancers immunopathology, viral infections, etc …

Interestingly, melatonin exerts a spectrum of important anti-PAK1 properties … It has been proposed that coronaviruses could trigger CK2/RAS-PAK1-RAF-AP1 signaling pathway via binding to ACE2 receptor.

Although it is not scientifically confirmed as yet, PAK1-inhibitors could theoretically exert as potential agents for the management of a recent outbreak of COVID-19 infection. Indeed, Russel Reiter, a leading pioneer in melatonin research, has recently emphasized that melatonin may be incorporated into the treatment of COVID-19 as an alternative or adjuvant.”

Then, on the last day of 2021, Melatonin Research published a research commentary21 discussing an October 2021 study22 by Hasan et. al., which found melatonin significantly lowered mortality when given to severely infected COVID patients. According to the authors:

“In a single-center, open-label, randomized clinical trial, it was observed that melatonin treatment lowered the mortality rate by 93% in severely-infected COVID-19 patients compared with the control group.

This is seemingly the first report to show such a huge mortality reduction in severe COVID-19 infected individuals with a simple treatment. If this observation is confirmed by more rigorous clinical trials, melatonin could become an important weapon to combat this pandemic.”

The commentators point out that, at less than $5 per course of treatment, melatonin is a cost-effective addition to any treatment plan. For comparison, Regeneron monoclonal antibodies cost about $2,100 per dose and remdesivir is $3,100 per treatment. Melatonin also has no serious side effects, so it can be universally used.

In the standard care only group, 13 of the 76 patients died (17.1%), compared to just one of the 82 patients (1.2%) who received melatonin in addition to everything else. That’s a reduction in mortality of 93%.

The Hasan trial23 included 158 hospitalized COVID patients between the ages of 18 and 80. All had confirmed severe SARS-CoV-2 infection.

Eighty-two of the patients were enrolled in the melatonin arm and received 10 milligrams (mg) of melatonin half an hour before bedtime for 14 days, in addition to standard therapeutic care, which included oxygen intubation, remdesivir, levofloxacin (an antibiotic for protection against secondary bacterial infections), dexamethasone (an anti-inflammatory) and enoxaparin (an anticoagulant).

In the standard care only group, 13 of the 76 patients died (17.1%), compared to just one of the 82 patients (1.2%) who received melatonin in addition to everything else. That’s a reduction in mortality of 93%, which is quite remarkable. Three mechanisms of action responsible for this success appears to be a combination of its antioxidant, anti-inflammatory and immunoregulatory activities.24

The Hasan trial also supports findings from a clinical case series26 published in 2020, where patients diagnosed with COVID-19 pneumonia received 36 mg to 72 mg of melatonin intravenously per day, in four divided doses, as an adjunct therapy to standard of care.

All of the patients given melatonin improved within four to five days, and all survived. On average, those given melatonin were discharged from the hospital after 7.3 days, compared to 13 days for those who did not get melatonin.

This isn’t the first time melatonin has been highlighted for its ability to prevent and treat sepsis. A 2010 paper27 in The Journal of Critical Care noted that melatonin helps prevent and reverse septic shock symptoms by:28

Similarly, a 2014 study29 in the Journal of Pineal Research pointed out that melatonin accumulates in mitochondria, and has both antioxidant and anti-inflammatory activity that could be useful in the treatment of sepsis.

This was a Phase 1 dose escalation study in healthy volunteers to evaluate the tolerability and health effects of melatonin at various dosages. They also assessed the effect of melatonin in an ex vivo whole blood model mimicking sepsis.

No adverse effects were reported for dosages ranging from 20 mg to 100 mg, and the blood model testing revealed melatonin and its metabolite 6-hydroxymelatonin “had beneficial effects on sepsis-induced mitochondrial dysfunction, oxidative stress and cytokine responses …” The authors further explained:30

“Mitochondrial dysfunction initiated by oxidative stress drives inflammation and is generally accepted as playing a major role in sepsis-induced organ failure. It has been recognized that exogenous antioxidants may be useful in sepsis, and more recently, the potential for antioxidants acting specifically in mitochondria has been highlighted.

We showed previously that antioxidants targeted to mitochondria, including melatonin, reduced organ damage in a rat model of sepsis … In vitro models of sepsis show that melatonin and its major hydroxylated metabolite, 6-hydroxymelatonin, are both effective at reducing the levels of key inflammatory cytokines, oxidative stress, and mitochondrial dysfunction.

The dose needed for antioxidant action is thought to be considerably higher than that given for modulation of the sleep–wake cycle, but the actual dose required in man is unclear, particularly because the major bioactive effects of oral melatonin in the context of inflammation are likely to be mediated primarily by metabolite levels.”

Melatonin Has Many Mechanisms of Action

When it comes to viral infections, melatonin doesn’t actually target the virus itself. It primarily aids the host, lowering the overreaction of the host cells to the pathogen, thereby raising the host’s tolerance to the virus. As explained in the featured Melatonin Research commentary,31 “This tolerance allows the host sufficient time to develop the adaptive immune response and finally eradicate the invading pathogens.”

By regulating your immune responses, melatonin also helps prevent cytokine storms,32 which is what ultimately kills some patients with serious SARS-CoV-2 infection. Melatonin is also a known cytoprotector with neuroprotective properties that can potentially reduce the neurological sequelae documented in patients infected with COVID-19.33

Part of melatonin’s benefit against COVID may also have to do with the fact that it enhances vitamin D signaling34 and, together, melatonin and vitamin D synergistically enhance your mitochondrial function. In fact, your mitochondria are the final common targets for both.35

I’ve written many articles detailing the importance of vitamin D optimization to prevent SARS-CoV-2 infection and more serious COVID-19 illness. The evidence for this is frankly overwhelming, and raising vitamin D levels among the general population may be one of the most important prevention strategies available to us. To learn more, download my vitamin D report, available for free on stopcovidcold.com. Melatonin may also combat SARS-CoV-2 infection by:36

Data41,42 from Cleveland Clinic also supports the use of melatonin. Here, the researchers analyzed patient data from the Cleveland Clinic’s COVID-19 registry using an artificial intelligence platform designed to identify drugs that may be repurposed.43,44

These connections suggest that drugs already in use for a chronic disease may be repurposed and used in the treatment of COVID-19, as it acts on one or more shared biological targets. Melatonin stood out in this regard. Patients who used melatonin as a supplement had, on average, a 28% lower risk of testing positive for SARS-CoV-2. Blacks who used melatonin were 52% less likely to test positive for the virus.

Unfortunately, two key data points missing from the analysis are the dosage used and the length of supplementation. These data were not included in the patient registry, so we don’t know how much melatonin is required, or how long you need to take it, to lower your risk of SARS-CoV-2 infection to the degree found in this study.

Melatonin Is an Integral Part of Front Line Protocol

Early in 2020, the Front Line COVID-19 Critical Care Alliance (FLCCC)45 developed preventive, outpatient treatment and inpatient protocols46 based on the insights of the founding critical care doctors. Dr. Paul Marik,47 a critical care doctor known for his life-saving vitamin C sepsis protocol,48 is one of those doctors.

Marik published a paper in the Journal of Thoracic Disease in February 202049 giving the scientific rationale for using melatonin to help regulate the oxidative imbalance and mitochondrial dysfunction that are commonly found in sepsis.

This was followed by a paper published in the Frontiers in Medicine in May 2020,50 in which he and a team of scientists presented a therapeutic algorithm for melatonin in the treatment of COVID-19 specifically. “Melatonin’s multiple actions as an anti-inflammatory, antioxidant and antiviral (against other viruses) make it a reasonable choice for use,” they wrote.

Based on its known mechanisms of action, the FLCCC has included melatonin in its early treatment and hospital treatment protocols from the start. You can download the latest protocols on the FLCCC’s website.51

As a supportive therapy, the FLCCC recommends taking 6 mg before bed if you’re treating early or mild symptomatic COVID-19. The hospital treatment protocol calls for anywhere from 6 mg to 12 mg of melatonin at night, until discharge.

For patients treating long-haul COVID-19 syndrome (LHCS), they recommend taking between 2 mg and 12 mg nightly. Begin with a low dose and work your way up as tolerated. If your sleep is disturbed, lower your dose. (Low doses of melatonin will help make you sleepy, while higher doses can trigger sleeplessness.)

While the doses suggested when used against COVID are significantly higher than what you’d normally take to improve your sleep, there does not appear to be any danger to these doses. Research has found no adverse effects for dosages ranging from 20 mg up to 100 mg.52

These dose ranges are up to 100 times more than what a typical conservative dose of 0.5 mg, but it is encouraging that no adverse effects were observed at these high doses. It would still be prudent however to only use doses this high for limited times when you might need them.

Whatever dose you take — and I recommend starting low, at 1 mg or less — be sure to take melatonin at night, before bed. Rising melatonin levels is the reason you feel sleepy in the evening, so it’s ill advised to take it in the morning or during the day, when your natural level is (and should be) low.

Melatonin is also best taken sublingually, either in the form of a spray or sublingual tablet. Sublingually, it can enter your blood stream directly and doesn’t have to go through the digestive tract. As a result, its effect will be felt more rapidly.