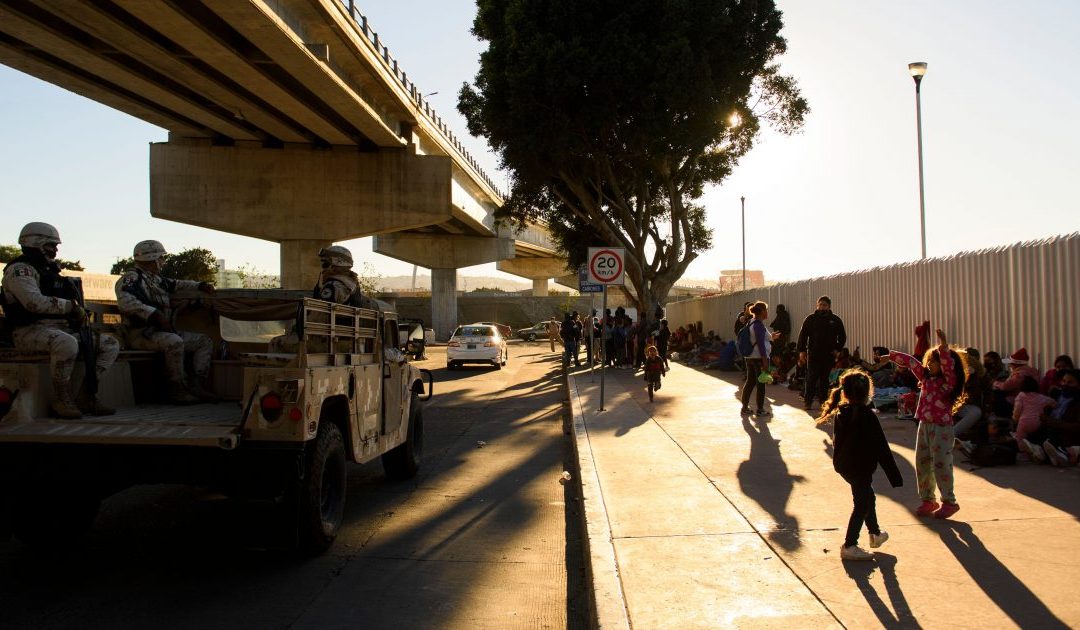 Many civilians believe that this would be a breach of Lopez Obrador’s campaign promise to give control over policing to the people. Director of the Foundation of Justice, Ana Lorena Delgadillo, spoke on the topic.

“What it brings as a consequence is that we don’t have any control of what goes on inside,” Delgadillo said. “In other words, I think the paradigm that President Andrés Manuel López Obrador maintains that the army is not corrupt, that the army is honest, and that the army is different from the police is false.”

Mexican voters supported Lopez Obrador’s initial creation of the National Guard back in 2019. They resonated with his pledge to have the branch be controlled by the people by 2024. However, that plan was put on hold after violence broke out in cities across the country.

In Ciudad Juarez, across the border from El Paso, a gang fight reportedly broke out in a local prison that spilled out into the streets. The fight resulted in the deaths of 11 people. Additionally in Tijuana, authorities said that cartel members set up roadblocks and set fires ablaze. That prompted the US Consulate in the border town to issue a shelter-in-place order for American nationals.

Yesterday in #Tijuana there were at least 10 narco blockades of vehicles set on fire in different areas of the city. Authorities have not confirmed the number of fires attended.#BajaCalifornia #Mexicohttps://t.co/TMOFkt7uiR pic.twitter.com/lwNOKspVnF

These events put the US Consulate in Tijuana on high alert. Embassy officials are urging Americans to stay out of hot spot zones and to engage in local events with extreme caution. The State Department has issued a warning for people who want to travel to Mexico. The Department announced that there’s been an increase in kidnappings, homicides and other violent crimes throughout the country.

In response to the violence, Mexico has launched several operations that have led to the arrests of nearly 170-cartel members and top drug lords. However, critics of a state controlled police force believe fighting fire with fire doesn’t always work. Sofía de Robina, a pro Juárez Human Rights Center lawyer shared her thoughts.

“We see that there is a greater willingness to use force, often lethal force due to the very nature of these types of military institutions, without this actually leading to a decrease in violence,” she said. “We even see an absence of a much more strategic vision of the different regions, but rather a virtual territorial occupation by military logic without taking into account the prevailing situations.”

Meanwhile, on the American side of the border, the issue over border security continues to rage. Several states, including in Texas and Florida, have launched operations to crackdown on drug and human traffickers.

Additionally, Republican lawmakers and law enforcement officers in border towns are calling on Joe Biden to increase border security, keep Trump-era policies remaining in Mexico and to not vilify border agents. Without the mainstream media sounding the alarm, Biden has re-started border construction in Yuma, Arizona.