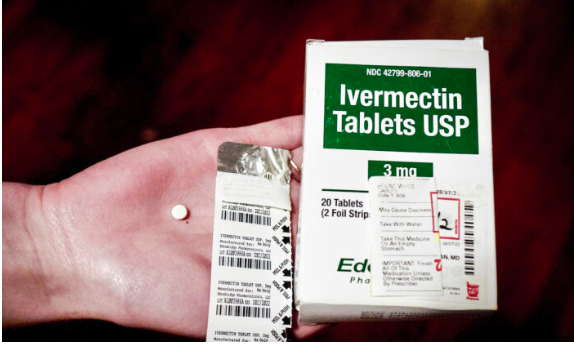 That bill reads in significant part:

“SECTION 1. This act is known and may be cited as the ‘Tennessee Pharmacy Act.;

“SECTION 2. Tennessee Code Annotated, Title 14, Chapter 4, is amended by adding the following as a new section:

“(b) A health-related board shall not suspend, deny, revoke, or otherwise take disciplinary action against:

“(1) A healthcare provider with prescribing authority for the prescribing of ivermectin or hydroxychloroquine; or

“(2) A pharmacist licensed under title 63, chapter 10 for dispensing or failing or refusing to dispense ivermectin or hydroxychloroquine.”

The audience crowded into Senate Hearing Room 1 burst into spontaneous applause at its passage.

Better late than never, as we’ve been hearing since we were about 3 years old. Nevertheless, huzzah!

Yes, it’s only advanced out of the committee. Nevertheless, the 8-1 vote—one senator prevented unanimity with the odd explanation that, although he suspects the drugs actually work, such legislation started a “dangerous trend” (too many people surviving illness?)—augurs well for approval by the General Assembly.

As it happens, sitting in the front row of the audience was the man who, arguably more than any, has talked sense about ivermectin, the questionable mRNA vaccines, and the pandemic in general to the American public: Dr. Robert Malone.

Malone—who largely invented mRNA technology—actually didn’t testify on the ivermectin bill, leaving the chore to doctors who accompanied him. One, Dr. Ryan Cole, citing supporting studies from Israel and Qatar, claimed 100 percent success in his treatments, largely with ivermectin—no deaths, period. For his efforts, he suffered incredible opprobrium from his own Idaho pathology board for alleging that the vaccines were harmful and masks ineffective.

Those comments may seem relatively banal now, but freedom of medical speech has been severely limited—you could say canceled—in our country for the past two years. Only recently is it beginning to appear, thanks to Malone and others.

Malone did testify earlier in the afternoon to the Tennessee House Medical and Welfare Committee on another bill: about whether natural immunity for those who had contracted COVID should be accepted as protection in lieu of vaccination.

Malone corrected the record for the politicians, by explaining what’s really involved is “acquired” immunity from actually having had COVID. We all have “natural” immunity built into our systems.

He also explained, as he has elsewhere, that the Omicron virus variant is a form of vaccine in itself, because it’s so easily communicated while having far less threatening outcomes, if any.  Thus, many of us have received our own “acquired” immunity without the dangers of vaccination and whatever side effects that might bring, some of which are ominous.

All this was happening, it seemed to me, against a specter of a radically changing world. COVID fear was no longer working as the distraction it had for so long. People were seeing through it.

The left—liberals, globalists, and the rest—was therefore turning its back on the cause of the disease, known here since the outset, with prescience, as the CCP virus.

The left has been looking elsewhere for an excuse to obfuscate and dominate, with the war in Ukraine being an opportunity to deflect the attention from the disaster that was two years of misguided and essentially useless COVID lockdowns, not to mention the abusive masking of children, which still occurs in New York City.

Now, they have Russia, with Putin, the big meanie, on the march to distract us from their failure.