Mom: School tricked my daughter into sex club, told her not to trust me! 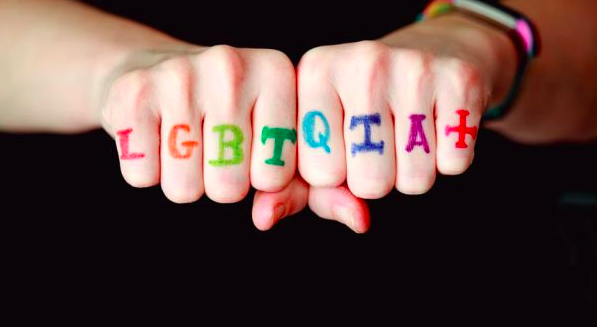 Colorado is well-known as an extreme leftist state. Its lawmakers just adopted a law that says the unborn have no rights and no government has the right to restrict abortion. That actually allows post-birth abortion, according to experts.

Colorado’s government is majority-Democrat, including homosexual Gov. Jared Polis. And its officials repeatedly have launched formal state assaults on Christian business owners who decline to violate their faith by promoting same-sex duos. The state’s solution, before it was publicly scolded by the U.S. Supreme Court for its “hostility” to Christianity, was a course of reindoctrination for them.

Now the leftist agenda has gone even further, with a report in the Daily Mail profiling how one of its schools drew a 12-year-old girl into an after-school “art” club that really was an LGBT promotion and told her she probably was transgender but she should lie to her parents about what she was told.

The report explains how Erin Lee, whose daughter used to attend Wellington Middle School, was given the invitation by art teacher Jenn Riep.

But instead of art, the after-school activity was a “lesson” from LGBT activist Kimberly Chambers, according to emails obtained by Parents Defending Education.

She told Erin’s daughter, and others, “if they were not fully comfortable in their body that they may trans and that members of their family were not safe to talk to,” the report explained.

The 12-year-old now is attending a private Christian school, where her performance is just fine, the report said.

But the scandal developed, the report said, when Riep invited the 12-year-old to a deceptively described “art” event.

The mother said her daughter was asked to whom she was sexually attracted and told she could be queer.

The Mail reported, “Lee said her daughter sent her a text message last Wednesday asking to go to an after-school art club saying art teacher Riep had invited her.” But on arrival she was told if she was “not fully comfortable” in her body, she could be transgender and that “members of their family were not safe to talk to.”

Lee explained she and her husband, Jonathan, had given permission for the club meeting based on the claims it was an art club, but “upon picking up the schoolgirl from the supposed art club, the pair quickly realized something was wrong,” the report said.

Lee told the publication that her daughter was told “that parents aren’t safe, and that it’s OK to lie to them about where they are in order to attend this meeting.”

The school district confirmed the club activities and explained it assures students of “equitable” events for all students.

The sex club was, in fact, sponsored by the school and approved by the district, they said.

The report explained emails reveal Chambers and Riep were concerned over Lee’s objections, and there was a warning that conversations with Lee should be considered a possible danger, and that anyone with contact with “the student” should remind her “the room is a safe space and she should not share the names of friends” who were there.

They told each other, “Any conversation with this parent should have the impression in our minds as ‘evidence’, verbiage is everything.”

School officials even discussed the option of calling for a “welfare” check on the child at home.

And they cited their pro-LGBT “ally,” school board member Kristen Draper, who volunteers with an LGBT promoter, the report said.

Lee told the publication it’s time for families to withdraw their children from “woke” schools that carry an agenda in conflict with their own family values.