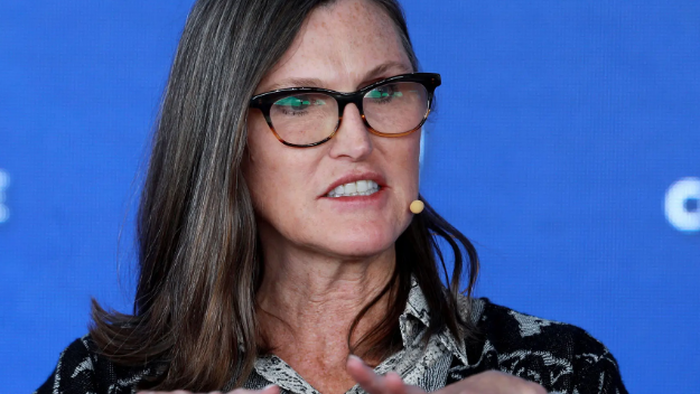 Now it isn’t just overpriced public “visionary” investments Cathie Wood is offering to potential investors, the ARK Manager is now also trying to hawk shares of the newly-private Twitter, according to new reports.

Now that Elon Musk has arguably overpaid for Twitter at $44 billion, Wood has been partnering with investment app Titan to allow retail investors to gain access to private companies in her ARK Venture Fund – including the newly-private Twitter, the NY Post wrote.

Titan’s investor relations chief John DeYonker wrote: “Retail investors can’t just buy the stock on the market anymore. But the ARK Invest team was able to negotiate with him for a piece of the company before delisting it.”

Considering the company was widely available for well under its proposed deal prices for weeks prior to the closure, it doesn’t seem like that unique of an opportunity, we must say.

Other investors seem to share our skepticism, with the NY Post reporting that some believe Wood is selling Twitter as “a way to clear a bad deal from her books”.

One source told The Post: “ARK was stupid enough to invest in Elon’s deal and now they’re trying to get retail to buy in.”

In the listing on Titan for the sale of private shares, Twitter is touted by saying: “Twitter wants to be the digital town square….which could be lucrative. Elon is a bold and visionary thinker… whose ideas should reinvigorate the business.”

The solicitation fails to mention, again, that shares were publicly available below the deal price – just days ago – and before a slew of advertisers, including Audi and Pfizer, paused advertising on the social media platform.

Titan begrudgingly lists the sole “con” of the company as:  “Many companies are competing for limited attention in the social media/content space.”

Another insider told The Post it is “just disgraceful” that anyone would “try to jam Twitter down the throats of retail.”

“These people are trying to scam retail into overpaying for Twitter after Elon admitted he’s overpaying,” another said.

“People bought something dumb and now they’re trying to pawn it off on even dumber money … and the dumber money is retail,” another concluded.

We can’t say we disagree.